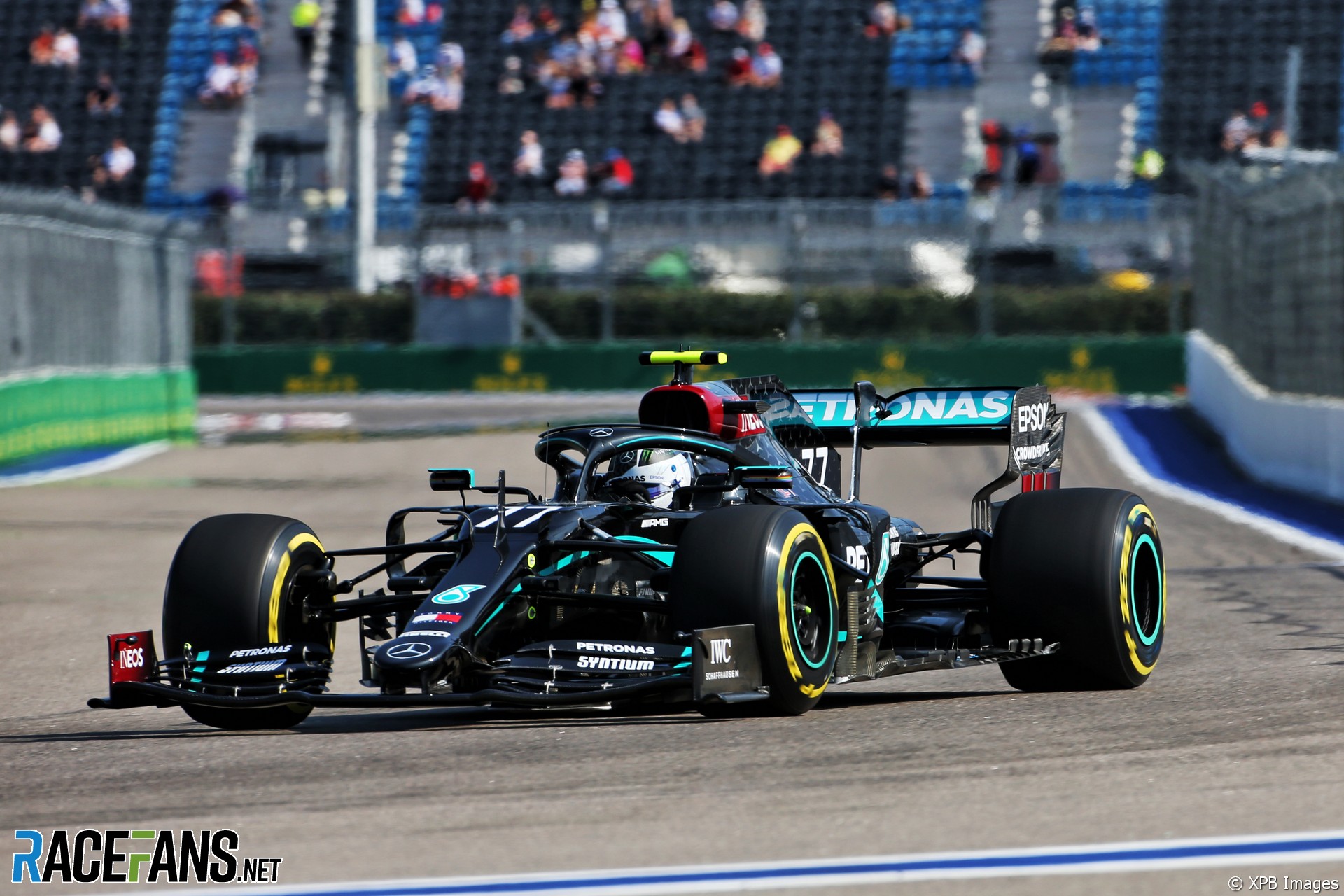 The Mercedes pair swept the top of the times in second practice for the Russian Grand Prix despite both drivers making errors on their quickest laps. Valtteri Bottas remained the quickest of the two W11s, more than a second faster than anyone who wasn’t his team mate.

The pace-setter eked out an advantage of more than two and a half tenths of a second over team mate Lewis Hamilton in their qualifying simulation laps on soft tyres. Hamilton had set his best time with a slightly messy lap including several errors.

Bottas looked set to easily beat that on his fast lap, pulling four-tenths clear of Hamilton across the first two sectors. However a mistake saw him run wide at the final turn, leaving him just 0.267 seconds ahead.

Daniel Ricciardo and the McLarens were best of the rest as Friday’s running came to an end. The Renault driver had been strong in both practice sessions, finishing Friday third-fastest and a tenth-and-a-half up on the MCL35s.

Esteban Ocon in the other Renault was ninth-fastest and half a second further off, though his team indicated on the radio there may be set-up related reasons for the gap.

Carlos Sainz Jnr and Nicholas Latifi were both back in action following their crashes during first practice. The pair led their respectice team mates, Latifi narrowly edging George Russell for only the second time in a session this year.

Red Bull had a tough session, however. Max Verstappen, previously the most consistent threat to Mercedes, was over one-and-a-half off the pace. His efforts weren’t helped by a spin at turn 14, which cost him a lap that might otherwise have been an improvement on seventh-fastest.

Drivers race through a lot of rear balance adjustments as the track surface heated up. Several of them also complained about vibrations around the circuit, probably due to an equal number of lockups – in particular around the final sector. With Formula 2 the only support series in Sochi this year, the track surface is improving slowly, and has developed some bumps since last year’s race.