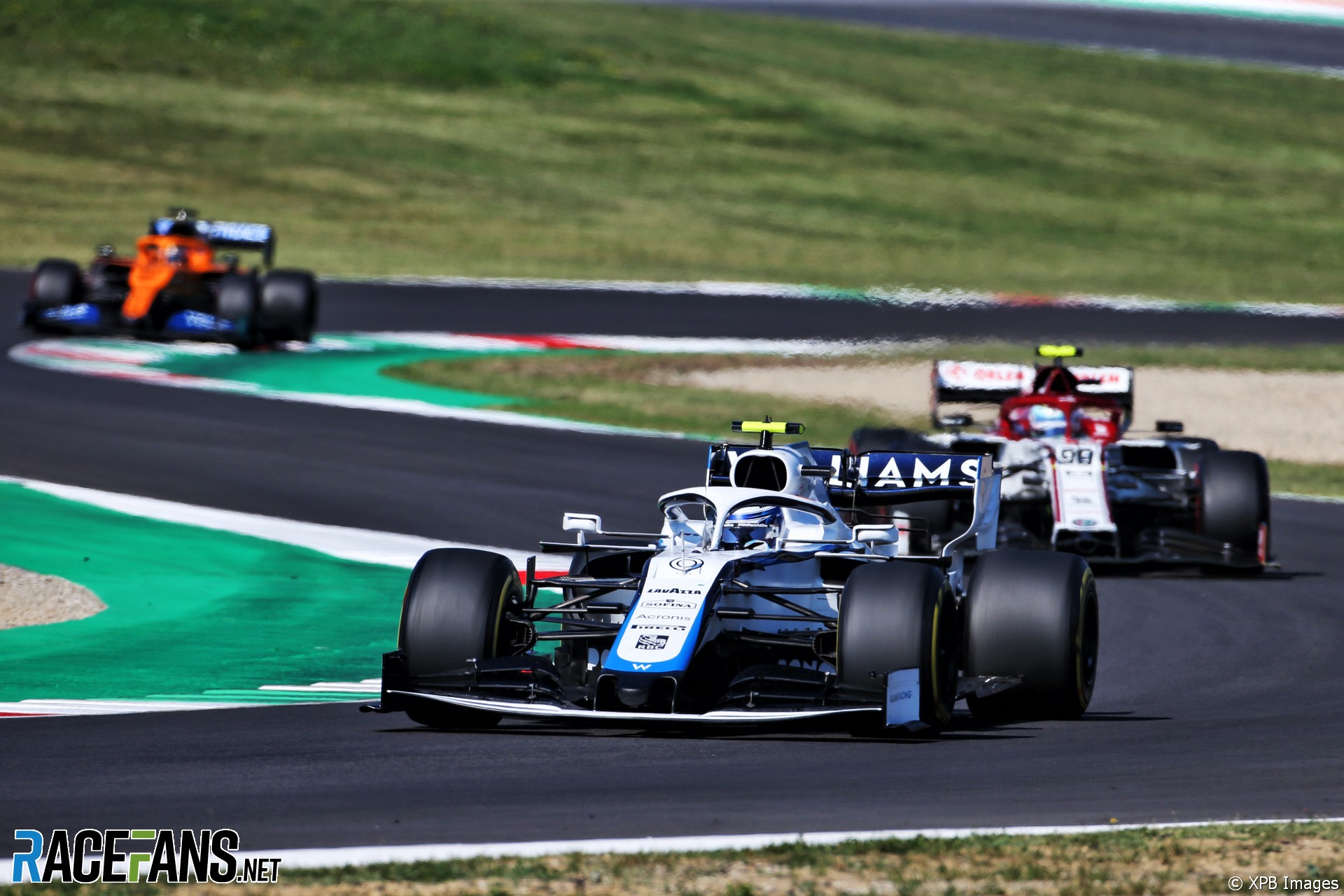 In the round-up: Nicholas Latifi has developed quickly as a rookie partly thanks to F1’s intense run of nine races in 11 weekends, according to Williams’ head of vehicle performance Dave Robson.

Latifi made a strong start in qualifying at Mugello, said Robson:

He did a very good job, his first run was Q1 was very good. He was able to kind of chip away at it. I think, unfortunately for him that final lap I think some of the understeer, probably we misjudged how much front wing to add during the session, which is one of those things that at other circuits we would have had a better idea of. So we probably misjudged that a little bit.

But on top of that, I think he didn’t quite get the tyre preparation he was after, just a little bit of traffic. So it comes back to the tyres again and getting those the front tyres working at the start of a lap. I think that’s where the main problem was, probably we did misjudge the front wing.

But he is getting better and better and the momentum and stringing these triple-headers together is actually probably a pretty good thing for him.

The number seven Toyota of Kamui Kobayashi, Mike Conway and Jose Maria Lopez leads the Le Mans 24 Hours by two laps over its sister car approaching the halfway mark in the race.

Television ready for this years @24hoursoflemans ! One of the most incredible races in the Motorsport calendar! 😍
Good luck to everyone, specially to my friends at @Toyota_Hybrid !
Vamos!!! @FIAWEC

"As a young lad, his dad sent him to Europe, he was doing Formula 3, and he knows most of the circuits there. He’s trained. He’s showed in his rookie season and won some premium races at COTA (and Laguna Seca), beat two of the very best Indy has to offer (in) Will Power and Scott Dixon."

"I’m all about it, soft tyres. Let us race, let us race hard and look after the tyres. That’s the big thing. In Formula 1 they do it with different compounds and their racing’s pretty good so we can definitely learn from that."

"The past two weeks, F1 fans have gotten a little taste of NASCAR. Instead of another Mercedes runaway, fans have been treated to real excitement and intrigue during the middle or ever latter portions of the race."

While more motorsport disappears behind paywalls, the British Touring Car Championship has made a smart move by staying on free-to-air television, says Adrian:

Excellent news about the BTCC staying on free to air here in the UK. The full day live coverage of the three races and all of the support categories (Ginettas, Porsches etc) is well presented and very watchable. The highlight show is also well produced.

Glad to see that is not going behind a paywall.
Adrian Hancox (@Ahxshades)