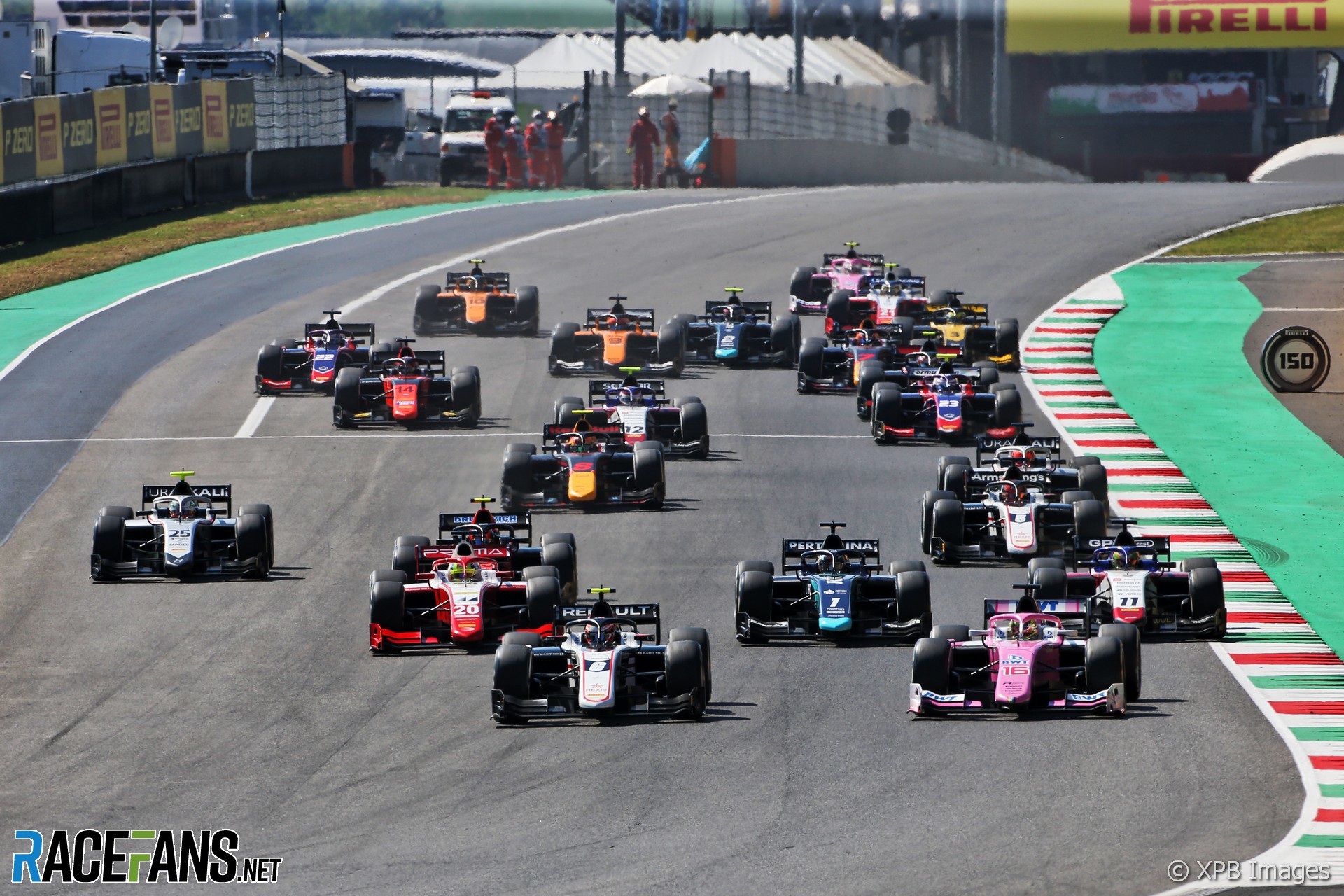 Christian Lundgaard scored an emphatic second Formula 2 win of 2020, moving him up to third in the championship standings.

Artem Markelov started from pole position thanks to his best feature race result of the season yesterday, with DAMS stand-in driver Juri Vips alongside.

But both Markelov and Vips – the latter in his third F2 race weekend standing in for injured Sean Gelael – got bad starts while Lundgaard was able to roar into the lead almost immediately off the line.

Robert Shwartzman and Dan Ticktum clashed on lap one, forcing Ticktum to pit for a new front wing. That ended any hope he might have had of a redemption following yesterday’s disastrous feature race which saw him fall from second to 17th.

Louis Deletraz had got a much better start than Markelov or Vips and was able to take third, keeping Vips behind him.

Things went from bad to worse for Markelov, who steadily slipped down the order. Lundgaard was four seconds ahead by lap five, while Markelov was leading a train of cars that all had each other in DRS range.

Markelov continued to fade down the order until ultimately making contact with Mick Schumacher and being forced to pit for front wing damage, leaving him dead last.

Ghiotto’s race ended on the spot, and a Virtual Safety Car period was triggered. That allowed Lundgaard to preserve the healthy advantage he had built up over his pursuers.

Guanyu Zhou, who started the race in 20th, moved up to fifth with Virtuosi team mate and title contender Callum Ilott following him to salvage a few points with a sixth-place finish.

Lundgaard crossed the line with over a 14 second margin to Deletraz, taking an emphatic second Formula 2 victory. As well as keeping himself firmly in contention for the title, he has now passed Robert Shwartzman as the top rookie in the points standings.

Deletraz took his second podium of the weekend, improving on yesterday’s third place and Red Bull junior Juri Vips, who took his first F2 podium, apologised to the DAMS team for his bad start, saying that the team deserved a victory.

Mick Schumacher therefore extended his championship leads. With six races left he has 161 points, ahead of Ilott on 153 and Lundgaard on 145 after this win. Former leader Shwartzman suffered his second point-less weekend of the year, pushing him down to fourth on 140 points.