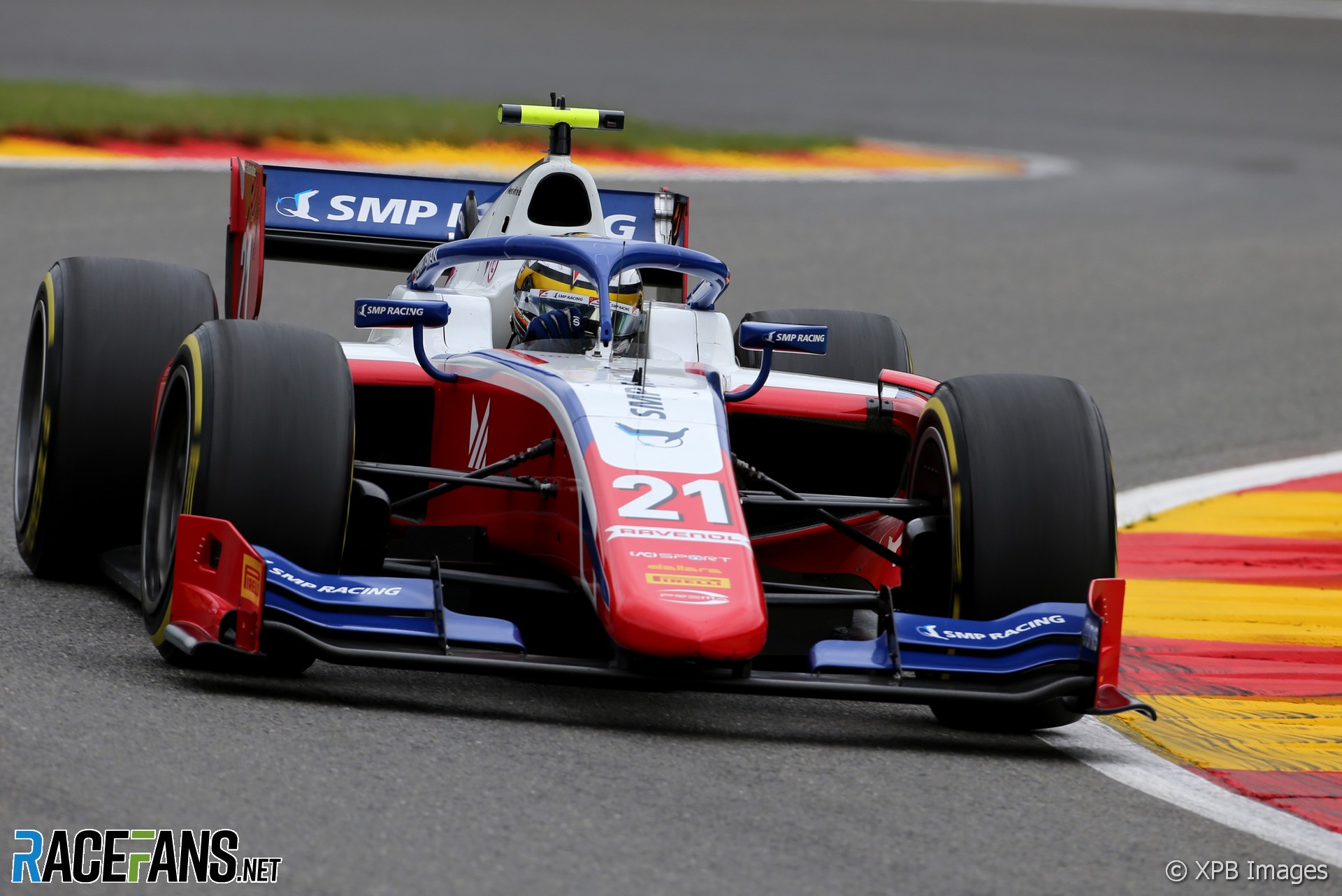 Robert Shwartzman has regained the Formula 2 championship lead from Callum Ilott with victory in the sprint race at Spa-Francorchamps.

Shwartzman hit the front after early leader Roy Nissany was eliminated in a collision with Dan Ticktum.

Nissany took the reverse-grid pole position by finishing eighth yesterday. He shared the front row with Guanyu Zhou, with Ticktum and Shwartzman immediately behind.

Ticktum made a superb start and moved ahead of Nissany before they reached La Source. As ever, this proved a mixed blessing, as Nissany capitalised on his rival’s slipstream to retake the lead as they raced into Les Combes.

Behind them, feature race winner Yuki Tsunoda clashed with leader Callum Ilott, putting the championship leader out of the race the race. That was good news for Shwartzman, and events continued to swing in his favour following the Safety Car period triggered by Ilott’s exit.

Ticktum immediately attacked Nissany for the lead when the race restarted on lap four. He edged ahead of Nissany on the run along Kemmel, and was poised to sweep around the outside of his rival at Les Combes.

Nissany forced Ticktum wide onto the kerbs, however, and the DAMS driver bounced back onto the track into the side of his rival. That launched the Trident into the barrier and out of the race. Shwartzman pounced, claiming the lead, while Ticktum slipped to second as the Safety Car returned.

Racing restarted on lap seven. Shwartzman made good his escape while Ticktum, despite a damaged front-right wing endplate, performed superbly to resist the rest as long as he could. Louis Deletraz briefly passed the DAMS driver, but Ticktum fought back on the run to Les Combes and reclaimed second place.

Marcus Armstrong retired on lap 11, bringing out a brief yellow flag period. Soon afterwards Ticktum began struggling with lock-ups. Deletraz had already succumbed to attacks from rivals and Ticktum soon did as well.

Mick Schumacher was first to find a way past into second. Guanyu Zhou followed him as well, but made hard work of clearing the damaged DAMS car.

In the closing stages Marino Sato was hit by Jehan Daruvala at the chicane. This prompted a Virtual Safety Car under which, in F2, drivers cannot pit to avoid a late-race tyre switch. Shwartzman’s lead was comfortable enough to not be in any danger, his team mate nearly nine seconds behind, and the lack of a real Safety Car no doubt came as a relief to him.

Shwartzman’s win means he takes the championship lead on 130 to Ilott’s 122. Tsunoda keeps third place in the standings on 111 with Schumacher close behind on 106.