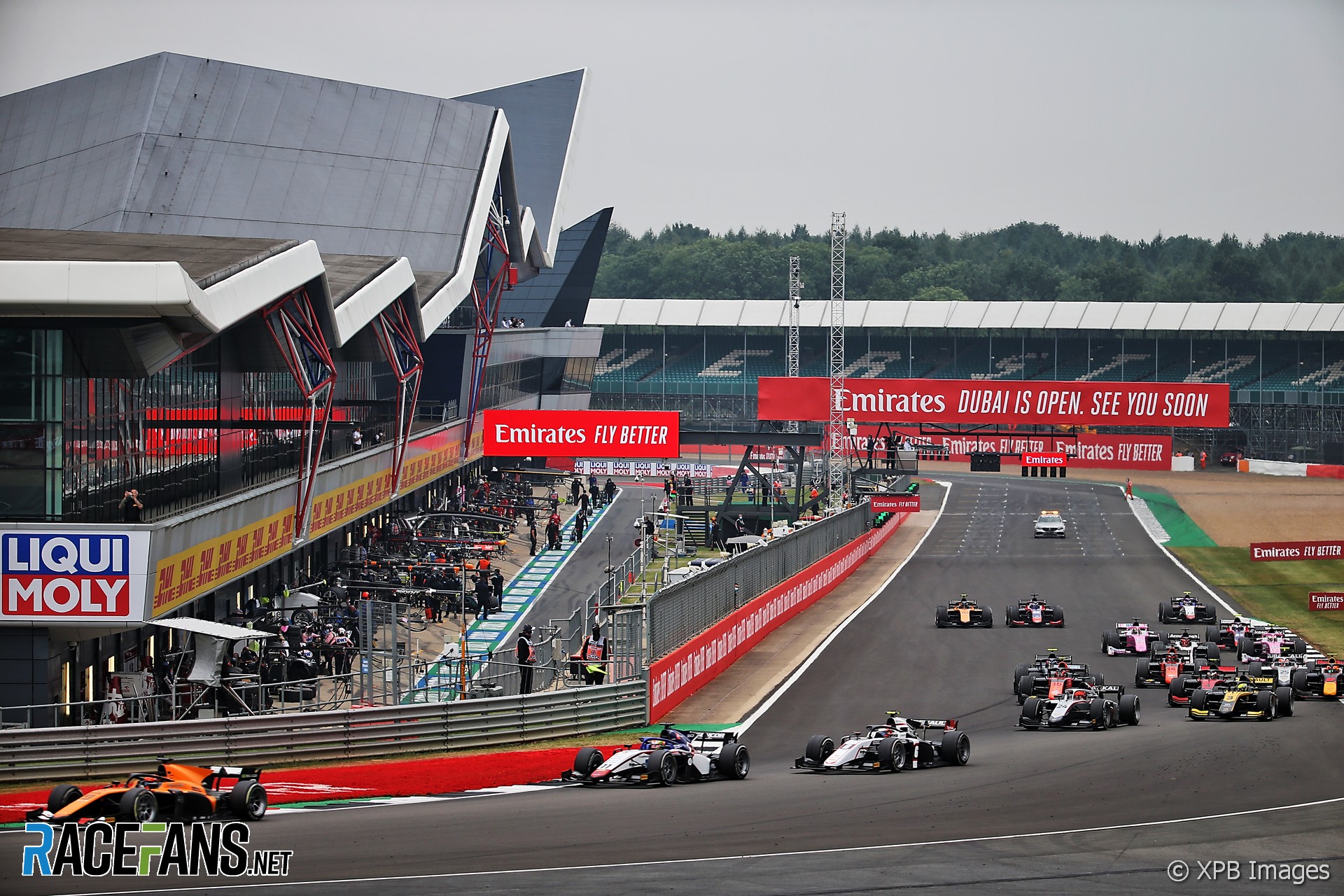 Prema were on course for a one-two finish in the sprint race at Silverstone until drivers Mick Schumacher and Robert Shwartzman collided while disputing the lead.

Shwartzman led the race from pole position but as his tyres faded in the final laps Schumacher drew within range. With three laps to go the Prema cars were nose-to-tail, with Yuki Tsunoda in close company.

Schumacher had a run on his team mate down the Wellington straight, and attempted to go around the outside as they approached Brooklands. But he was’t fully ahead of Shwartzman as he swung in, breaking his rival’s front wing, and running wide himself.

A grateful Tsunoda collected the lead. Schumacher’s car was apparently undamaged and he pressed on in pursuit of victory, but had to settle for second.

A furious Shwartzman criticised his team mate’s driving on the radio. After taking the chequered flag in second place Schumacher apologised profusely to his team, but the stewards ruled the clash was a racing incident.

The Prema collision promoted Jack Aitken to the podium for the second race in a row. Having finished third yesterday, he converted sixth on the grid to fourth when the lights went out. Shwartzman made an electric start from pole position, initially leaving fellow front row started Schumacher behind, though over the first lap Schumacher rapidly closed on his team mate.

Nikita Mazepin got away poorly from fifth on the grid, allowing Christian Lundgaard to move into his position from seventh. But the ART driver’s race ended when his front-left tyre de-laminated as he swung into the right-hander after Maggotts.

That left Louis Deletraz to collect fourth place after the late-race drama, followed by Guanyu Zhou. Feature race winner Callum Ilott took sixth following a fierce battle with Dan Ticktum, and strong words between the pair on their radios. Mazepin recovered to eighth.