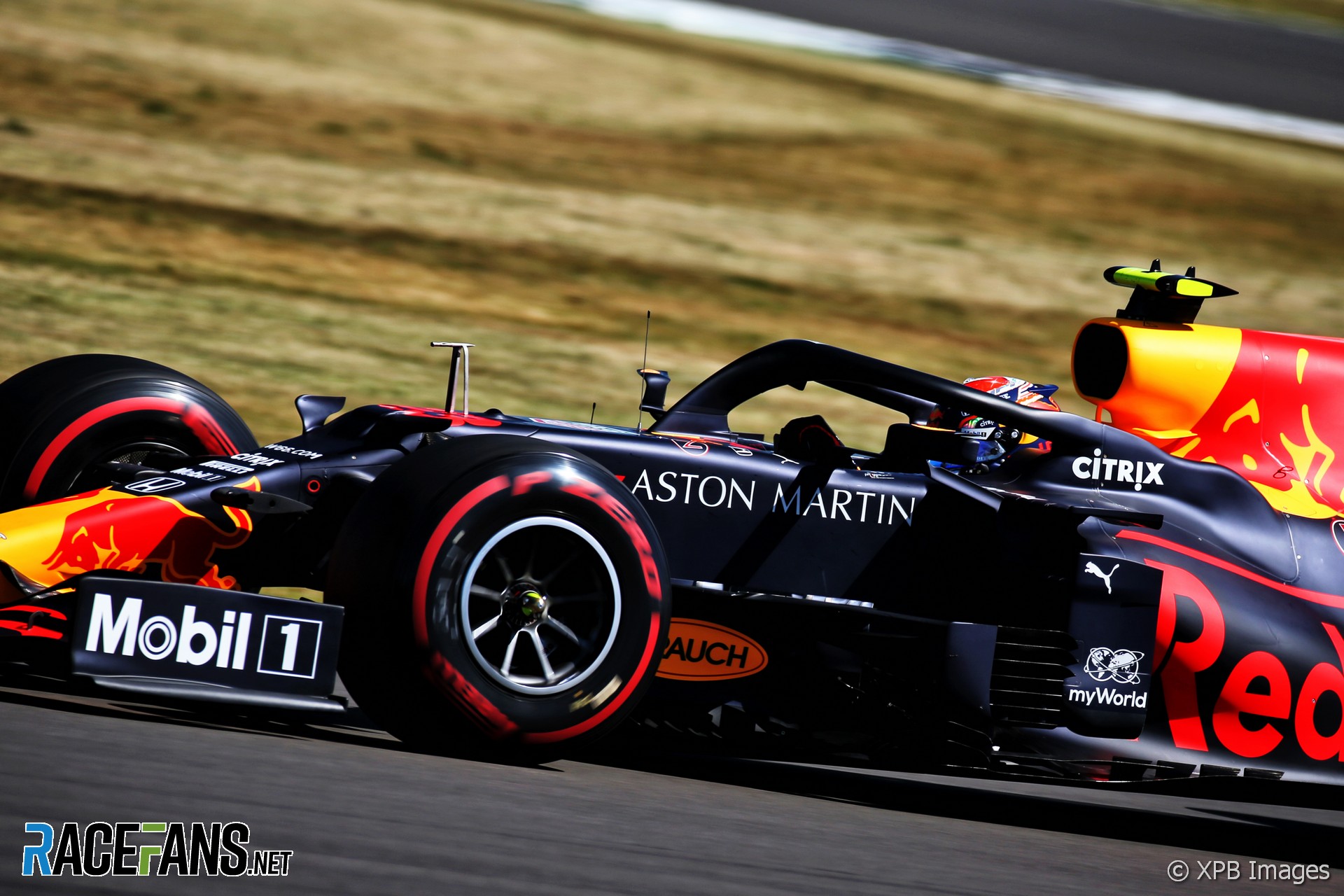 “I think it’s not a great choice by Pirelli,” remarked Alexander Albon after sampling the softer range of tyres which have been brought for this weekend’s second consecutive race at Silverstone.

“The tyre isn’t quick,” he said. “It’s too soft for this circuit. We’ll see what everyone else says, but I think it was quicker today on the mediums than on the softs.”

Last week Pirelli brought the hardest tyres in its range – the C1, C2 and C3. This week it’s gone one step softer across the board.

But with each driver receiving the same fixed tyre allocation under 2020’s modified rules – eight soft, three medium and two hard – Albon is concerned the more durable rubber may be in short supply come Sunday. If nothing else, that may prevent the variation in strategy this weekend’s softer tyre mix was supposed to generate.

“The thing is, we don’t have enough mediums and hards for the for the weekend,” said Albon. “So you’re a little bit stuck with strategy.”

Albon wasn’t the only driver to raise concerns about the durability of this weekend’s tyres. But whose plan was it to bring the softer rubber? The sport’s official tyre supplier pointed out the call was made by not by them but the championship’s organisers.

“I understand the comment from the drivers,” said Pirelli’s head of motorsport Mario Isola. “They want to push on the tyres. They don’t want to manage the tyres.

“The decision was not a Pirelli decision, it was a request that was coming from FIA and FOM in order to spice up the show and to make something different from the first race to the second place.”

Isola revealed they were also asked to bring their softest range of tyres for the the second race in the Red Bull Ring double-header earlier this year. “For Austria, the request was for us to supply C3, C4 and C5,” he said, but “we weren’t able to supply different tyres just because the request came very late”.

This weekend’s selection of the C2, C3 and C4 presents a serious tyre conservation challenge for the teams. “I believe the C4 [soft] is not a race tyre,” said Isola. The anticipated short life of all the tyres should make a one-stop strategy “almost impossible”, he believes.

“We elected to commit to the whole Friday running the soft tyres, trying to save the mediums and the hards for later in the weekend and trying to figure out really what is best,” said Carlos Sainz Jnr. “We have a car that at the moment is struggling a bit more on the softest range of tyres so we wanted to see what we could do, what we could learn and from there onwards make sure that we take the right decisions going into the weekend.”

Sainz suggested midfield teams may be willing to risk going out in Q2 by only running the medium tyre, just to ensure they don’t have to start the race on a set of softs.

“I think it’s going to be definitely a bit of a headache for everyone, especially come to Q2 to decide what you’re going to do,” he said. “It’s not so much if you can go through to Q3 in the soft or the medium, it’s what do you prefer to start the race on, independent of if you go through or not. So it’s going to be a bit of a challenge.”

As always, teams will want to ensure not only that they have enough fresh tyres to run an ideal strategy, but also have some fresh, durable rubber in reserve in case the Safety Car is deployed, as happened twice last weekend.