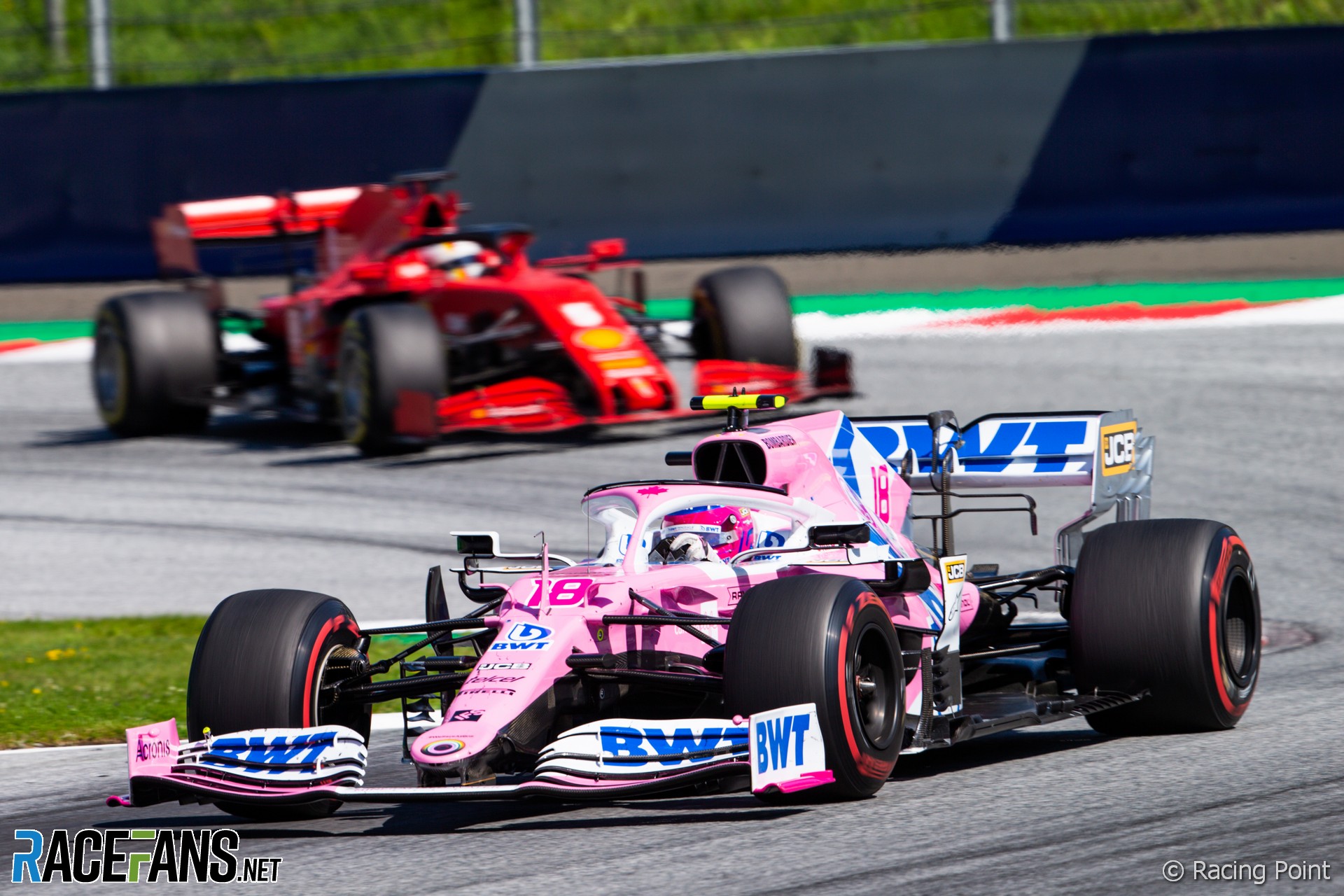 Ferrari has intervened in the dispute over Racing Point’s car by asking Formula 1 and the FIA to clarify a key aspect of the regulations.

A hearing will take place on Wednesday regarding the protest brought by Renault against Racing Point at the Styrian Grand Prix in June. Renault’s case centres on the design of Racing Point’s brake ducts, which it alleges are copies of those Mercedes raced on its world championship-winning 2019 car.

Ferrari, which supports Renault’s protest, has requested clarification of terms in the Formula 1 Sporting Regulations which are key to Renault’s case.

A Ferrari spokesperson told RaceFans the team has queried how Racing Point can be considered to have designed the parts in question when it has admitted they are modelled on those of the Mercedes.

This was referred to by the FIA’s head of single-seater matters, Nikolas Tombazis, in an interview during the Hungarian Grand Prix weekend, when he described a pre-season visit to Racing Point’s factory by the governing body’s representatives to inspect their car.

“We were convinced by what we saw that what Racing Point had been saying as their process, of taking photographs and going to a detailed reverse-engineering from the photos, was very plausible,” said Tombazis. “I would say even more than that, just look, they showed us how they’ve done everything. And we are satisfied that was the process they had indeed followed.”

Since lodging its original protest three weeks ago, Renault submitted further identical protests concerning the same points after the subsequent races in Hungary and Great Britain. All three protests are being considered as one.

McLaren Racing CEO Zak Brown told RaceFans he was aware of the letter’s existence and the team shares the concerns of Renault and Ferrari.

“We support getting to the bottom of the whole Racing Point copying of the Mercedes car,” he said. “We think it is against the spirit of the rules.

“Because we don’t have details, we’re not in a position to have a view on whether it’s legal or not, because we’re not privy to any inside information. But as advertised it definitely seems like it’s against what’s intended in Formula 1.

“Therefore we’re very interested in the outcome of the Renault protest and, like Ferrari, seeking clarification on whether the FIA deems it legal. I think moving forward, it definitely shouldn’t be. But we need to address if this is deemed to be illegal and worked a loophole then, like Formula 1 has done in the past, you need to close the loopholes if you’ve missed something.”