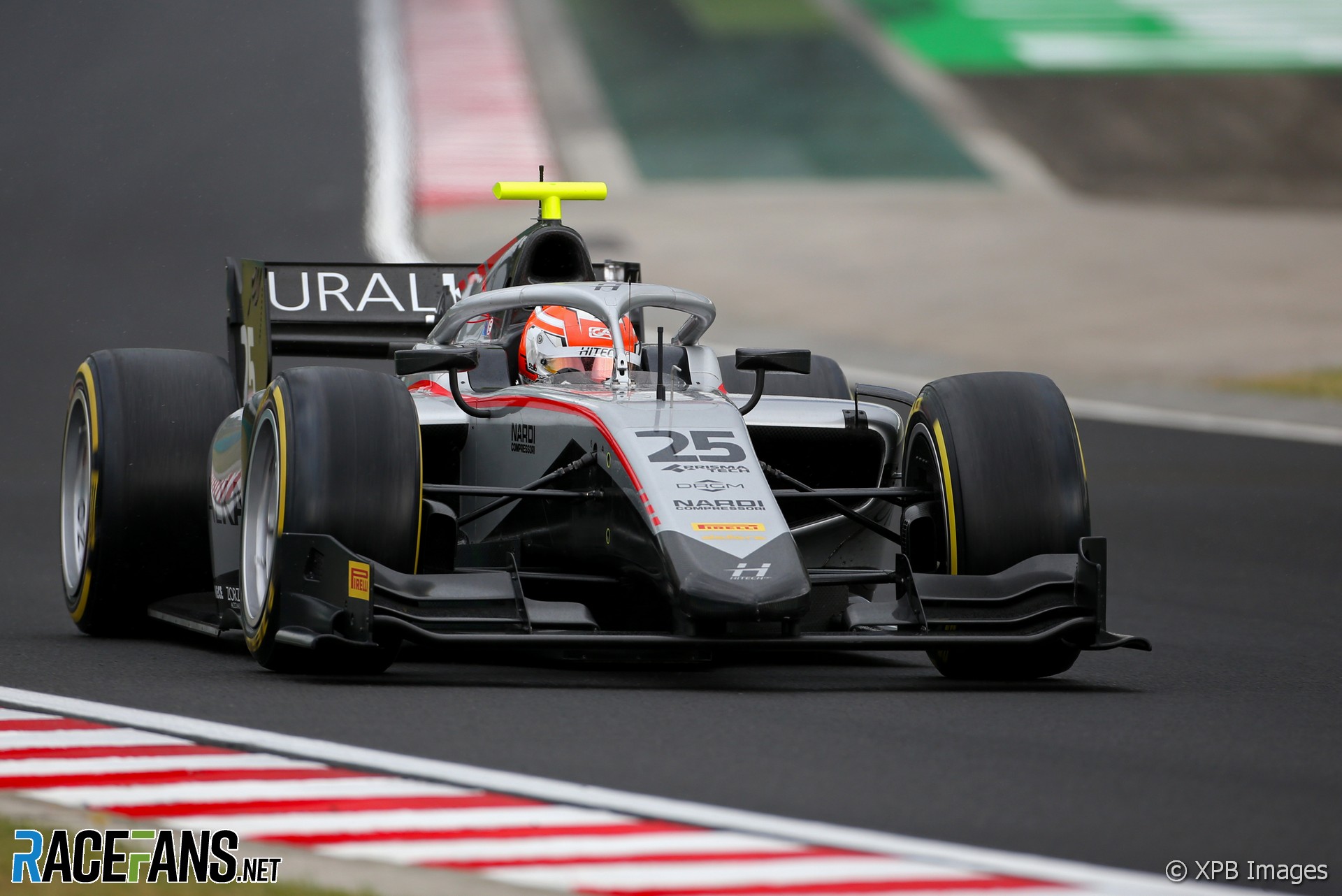 Luca Ghiotto gave Hitech their first Formula 2 victory in their third weekend in the championship, denying Callum Ilott by less than half a second at the Hungaroring

Ilott started from pole position for the second time this weekend and got away superbly, drawing out a lead of more than three seconds by the third lap.

However halfway into the 28-lap sprint race, in which pit stops are not obligatory, Ilott’s tyres were visibly frayed. He headed in for fresh rubber on lap 18.

That handed the lead to Ghiotto, who had been taking up to a second per lap out of Ilott’s handy lead. While others pitted, Ghiotto held on to the lead, while the rest of the field dropped around 20 seconds behind.

With three laps to go, Ilott was 13 seconds back from Ghiotto with the rest of the field more than 10 seconds adrift. The Viruosi driver was consistently taking more than four seconds a lap out of Ghiotto’s lead. By the penultimate lap, Ilott had less than eight seconds to make up, but also increasingly ragged tyres again from such a massive charge.

The gap stood at five seconds as the final lap began and Ilott wrung the last from his rubber. He took 4.5 seconds out of Ghiotto, which wasn’t quite enough, and the chequered flag dropped with the pair separated by four-tenths of a second.

Mick Schumacher took third place, 11 seconds behind the winners, and two seconds ahead of his team mate, yesterday’s winner Robert Shwartzman. They finished in that order, Shwartzman clashing with Nikita Mazepin on his way to fourth, the stewards clearing the pair over the collision. Mazepin collected fifth in the other Hitech ahead of Louis Deletraz, Jehan Daruvala and Guanyu Zhou.

A solid weekend for Shwartzman meant he retains the championship lead after the opening six races, won by five different drivers in a competitive start to the season.