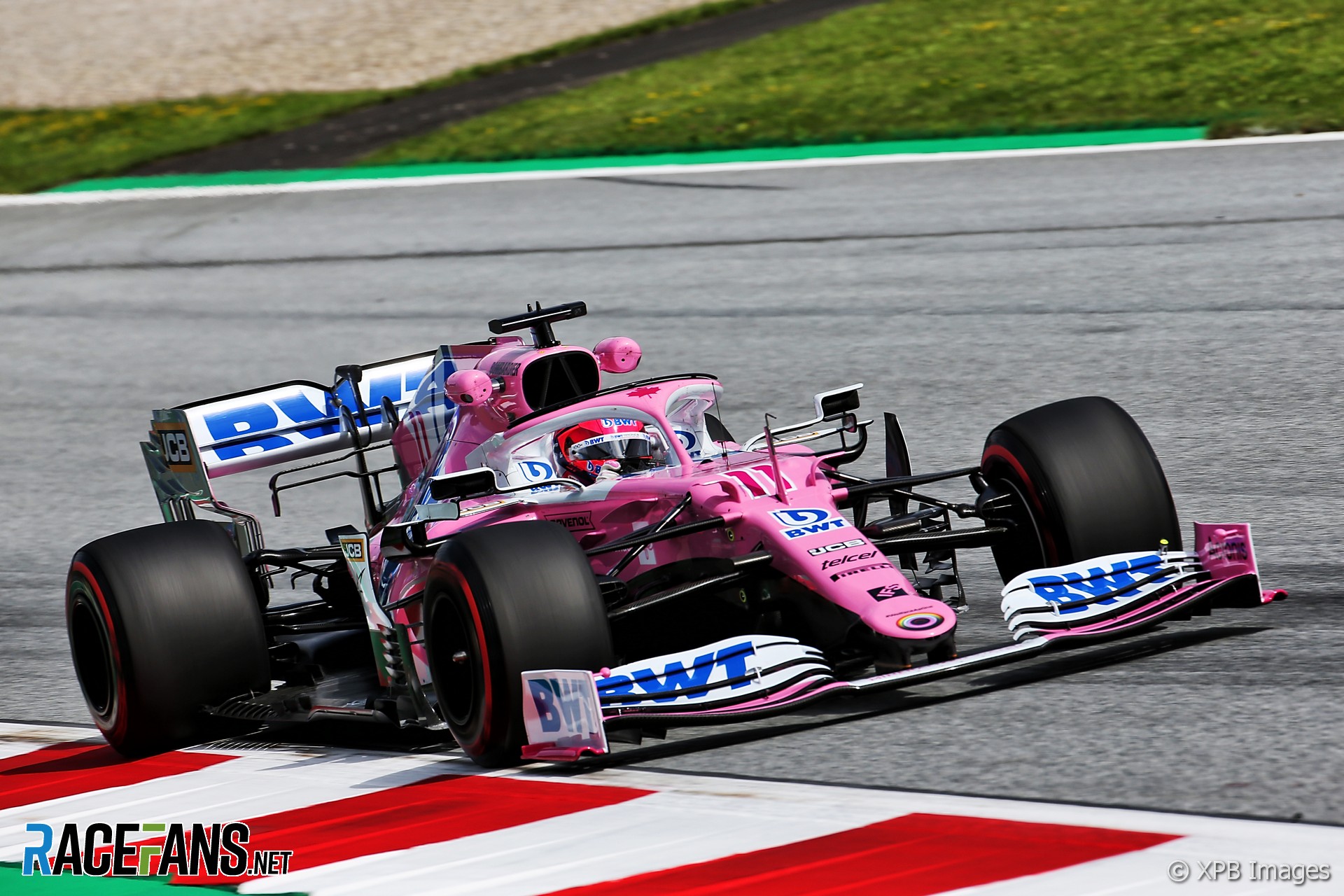 Racing Point’s sixth and seventh place finishes in the Styrian Grand Prix remain provisional as the stewards have ruled a protest submitted by rivals Renault is valid for consideration.

The stewards confirmed Renault raised queries over the front and rear brake ducts on the Racing Point RP20. Renault’s protest alleges Racing Point’s car does not comply with the rules governing listed parts.

A statement issued by the stewards after the protest was revealed gave the first confirmation that Mercedes have been connected to Renault’s complaint. The world champions have been asked to supply examples of the front and rear brake ducts from their 2019 Formula 1 car for the FIA technical department to examine in relation to the protest.

The stewards have also sealed and impounded “relevant parts” from the cars driven by Sergio Perez and Lance Stroll in today’s race.

The representative of the FIA technical department has been given authority to call upon technical assistance from Renault, Racing Point and Mercedes in order to supply a report to the stewards on the substance of Renault’s protest.

A meeting to discuss Renault’s protest will be arranged to discuss the technical department’s assessment of the parts, once it has been made.

with regards to front and rear brake ducts used on cars 11 and 18, the Stewards summoned and heard from the team representatives of both teams and a representative of the FIA Technical Department. The Stewards determined that the protest met all requirements specified in Article 13 of the FIA International Sporting Code and is, therefore, admissible.

The FIA Technical Department representative was directed to seal and impound the relevant parts of cars 11 and 18 in preparation for conducting a detailed analysis of those pieces. The representative is further directed to provide a detailed report to the Stewards with the findings and to include an assessment that matches those findings against the alleged infringements outlined in the protest.

The representative is authorized in the name of the Stewards to call upon such outside technical assistance, including representatives of the following teams
– Renault DP World F1 Team
– BWT Racing Point F1 Team
– Mercedes-AMG Petronas F1 Team
in the conduct of their assessment.

When the likely submission date of the assessment can be determined, the FIA Technical Department representative will communicate that to the Chairman of the Stewards so that the next meeting to assess the claims can be scheduled.