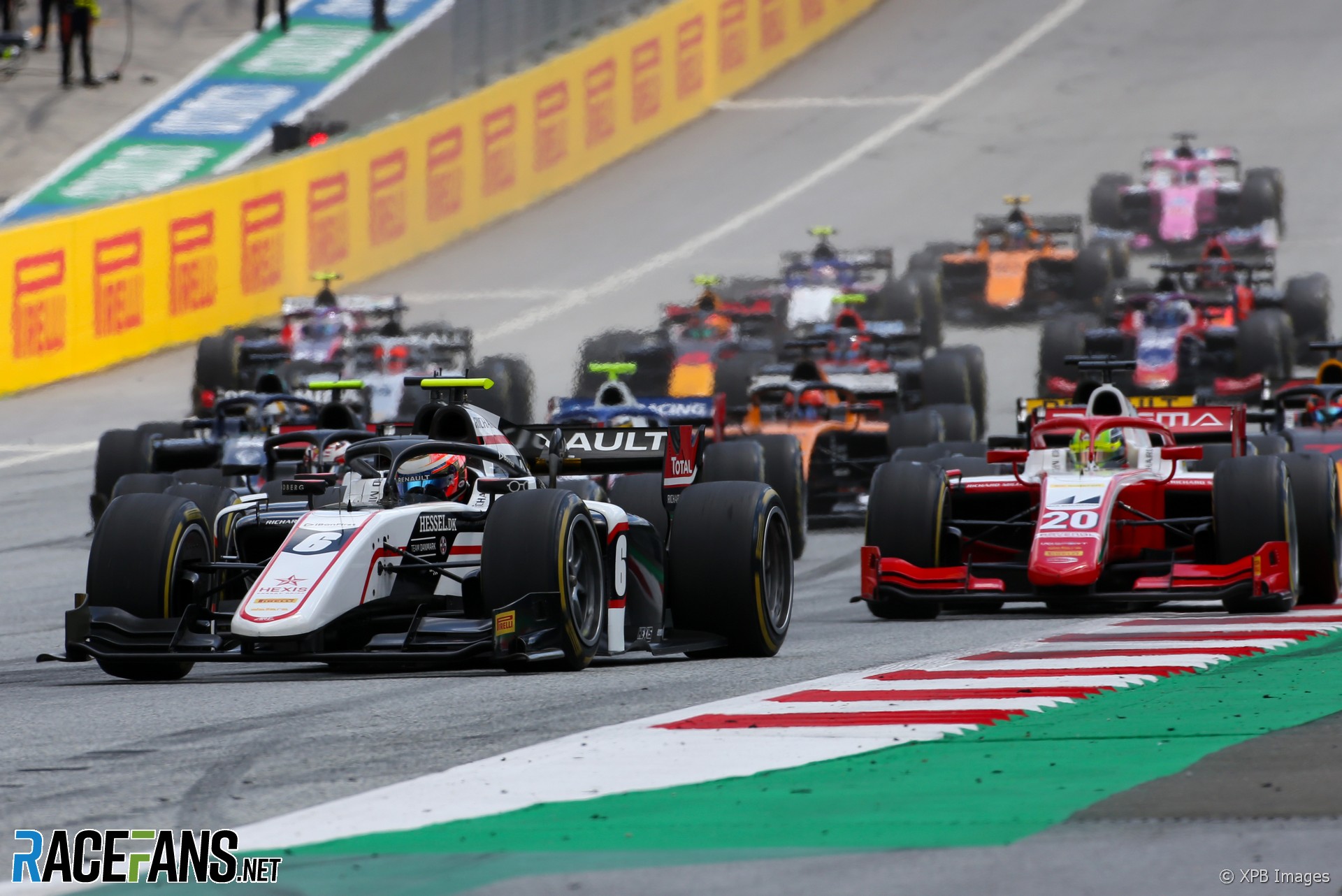 The Renault junior driver passed Williams-backed racer Dan Ticktum with a superbly-judged move, and edged out a two-second lead by the end of the 28-lap race. His ART team mate Marcus Armstrong, whom Lundgaard also passed earlier in the race, completed the podium.

However Armstrong would have finished fourth had a bizarre incident not forced Mick Schumacher out shortly after the Prema driver had passed him for third place. Schumacher’s fire extinguisher went off as he approached turn nine, and the quick-thinking driver made for the pits, aware that an empty extinguisher would mean disqualification.

This doubled Prema’s disappointment on Sunday morning, as race one winner Robert Shwartzman had already spun out exiting the first corner as the race began. That triggered a Virtual Safety Car period and ended his chances of extending his lead in the championship.