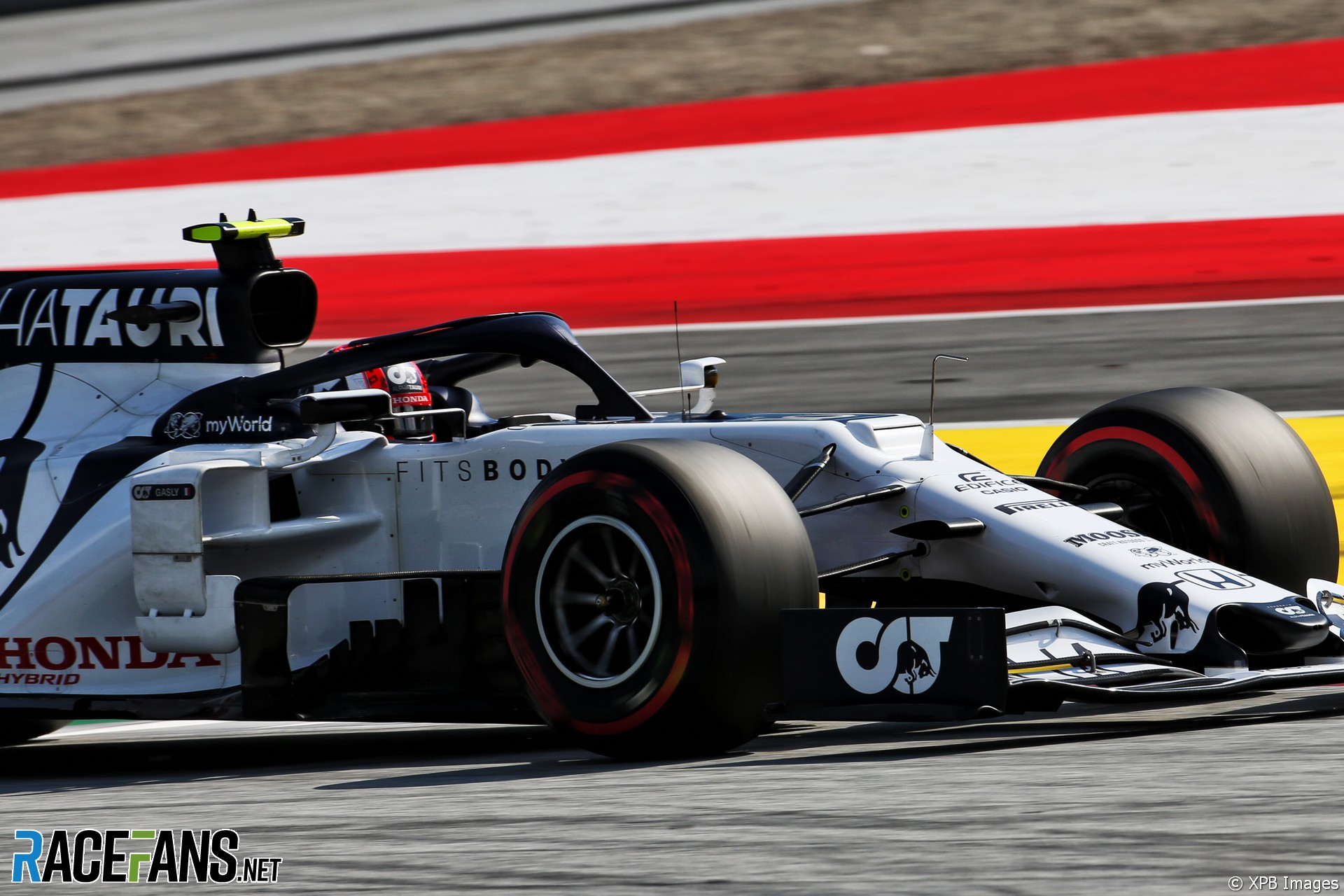 With rain threatening to disrupt Saturday’s qualifying session, teams were advised the times they set in second practice on Friday could be used to set the grid.

This presented the question whether they should sacrifice their practice programmes to chase fast lap times. Many teams chose to, did more runs on new soft tyres, burning through their allocation earlier than they normally would in a race weekend in the expectation they will be unable to run them today.

The Red Bull Ring yields the shortest lap time on the F1 calendar. Last weekend Alexander Albon and Sergio Perez set identical times to within one-thousandth of a second. Wringing every last drop of performance out of the cars is therefore critical in a qualifying session, which is what second practice yesterday became for some teams.

In the case of Pierre Gasly, he felt his team didn’t do enough to take advantage of the opportunity presented by the situation. He ‘qualified’ 11th, five-hundredths of a second away from beating Ferrari’s Charles Leclerc to ninth place, and one place ahead of team mate Daniil Kvyat.

In Formula 1’s current generation of very draggy cars, getting a slipstream from another car on any of the Red Bull Ring’s three straights can be a significant advantage for a driver. The easiest way to arrange this is to have one car follow another on its qualifying run.

But ahead of his first run when Gasly asked the team “is there anyone to give me a tow?” he was told: “Negative – focus on yourself. Same for Danny.”

Gasly set a 1’05.647 with his first run. He got lucky second time out, however. Having been told “you will be by yourself” again, two cars left the pits shortly before he came around to begin his lap. A Red Bull gave him a slight tow on the way up to turn three, and perfectly-placed Ferrari gave Gasly a further boost on the way to turn four. He improved his lap time to 1’04.757.

Ahead of his third run, Gasly was evidently anxious he wouldn’t be able to improve without another slipstream. But timing a run to coincide with another driver on a qualifying simulation was not an option, as many teams were doing high-fuel runs by this point. “I need a tow so if we can have another car…” said Gasly as he waited to go out. “We won’t, they’re all on high fuel,” he was told.

“I’m just giving a fucking tow to Danny,” he complained. “It’s the only thing I’m on track for.”

“Pierre it’s not like that,” he was told. “You focus on yourself, please.”

Running without a slipstream, Gasly was almost four-tenths of a second off his best time from before. Nonetheless Kvyat failed to beat his time. “OK Danny did a 4.9,” Gasly was told. “He’s still two-tenths away.”

“Yeah I don’t fucking care,” Gasly replied. “It’s like, we should be P9. I don’t know why we do this. We should be [four] point six or something.”

“We’re going to do it tonight, no need to do that now,” the team told him. Last week Esteban Ocon heard much the same from Renault last week when he complained about not being able to get a tow from team mate Daniel Ricciardo in the actual qualifying session. AlphaTauri said they maintain an equitable system of which driver gets to run in front and behind during runs.

Gasly’s mood probably didn’t improve when he later learned the lap time Kvyat set while running behind him was deleted because he ran wide at turn 10.

With heavy rain falling at the track on Saturday morning, it remains to be seen whether these times will set the grid for Sunday’s race, as F1 has several contingency plans in place.