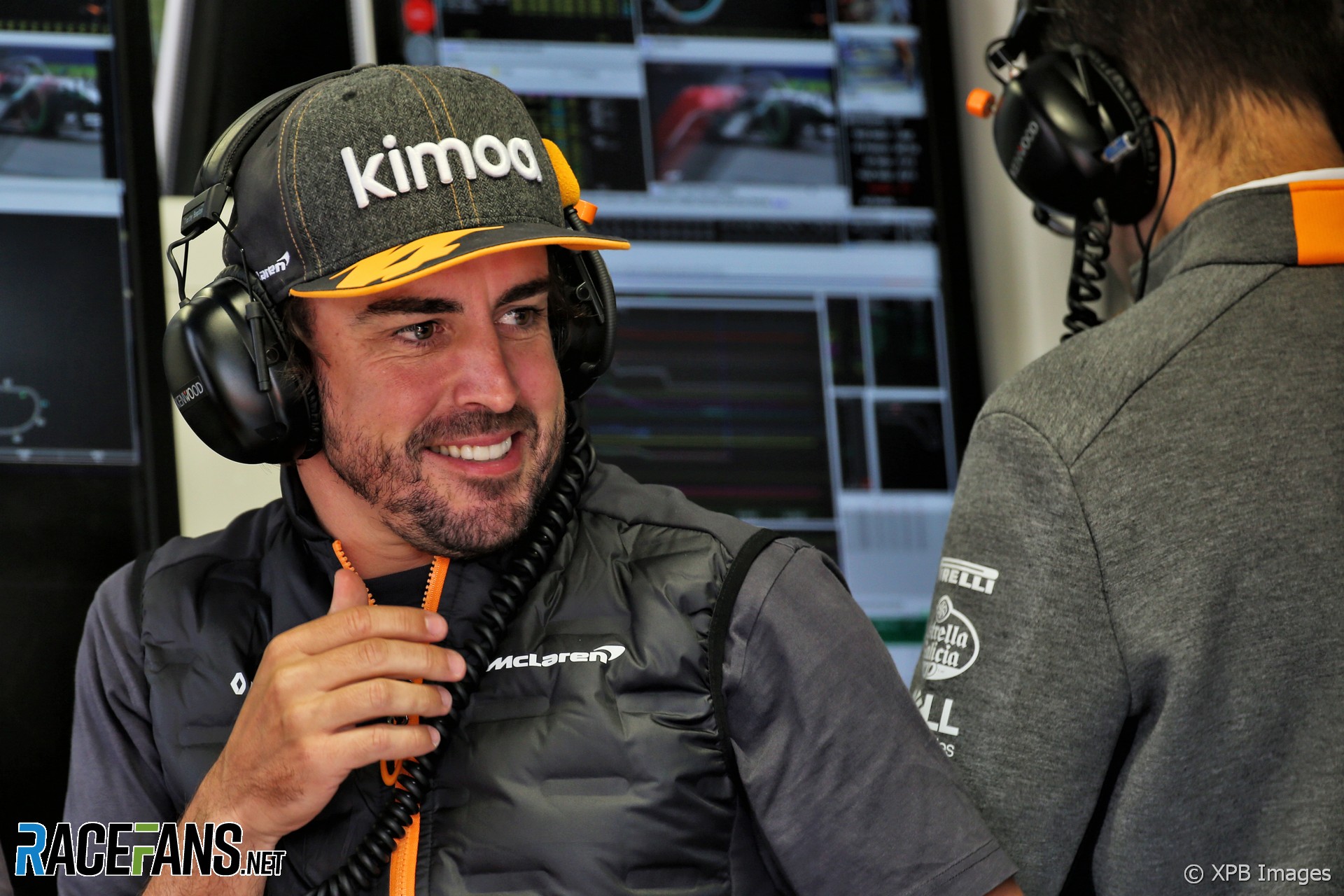 Fernando Alonso will return to Formula 1 next year, but says his first season back in the sport will be one of preparation for the arrival of new rules in 2022.

The two-times world champion will make his comeback with Renault, who he spent six seasons racing for between 2003 and 2008, winning his championship titles.

“It’s an extremely happy day for me,” he told media via a teleconference on Wednesday, “coming back to to F1 first, but also to the team that I had the best experience in the category. So I’m happy for this.

“I know a lot of people in Renault. I know many of the engineers, the mechanics. I know their passion. I know how hungry of success they still are.”

Formula 1 originally planned to introduced an extensive overhaul of its technical regulations in 2021, which have been delayed to 2022. Alonso believes these may offer an opportunity for teams such as Renault to challenge the established front runners.

“These rules, they’ve been delayed one season. Probably my first intention was to go out of F1 at the end of 2018 and see how life was outside the bubble of Formula 1 and a have a think for the 2021 rules. This has been postponed one year because of the Covid.

“But there’s still I think worth to be in the sport in 2021 as preparation for me after two years not driving these cars and preparation and build-up with the team as well to have a good season. So as I said I cannot be more happy and it’s a very important day for me.”

Alonso doubts world champions Mercedes will face much competition until the new rules arrive. “I’m aware of things and I’ve not been underground for two years,” he said. “I’ve been watching television and I know that only one team will win in 2020 and will win in 2021, probably.

“I think the 2022 rules will hopefully bring some fairness to the sport and will bring some close action as well with the teams more level and less scope to invent anything that has a large performance advantage,” he added. “So having that in mind, there is enough time I think to work on those projects and to build the momentum that I think we need.

“Hopefully from today we will see some more motivation, some boost from everybody. And I’m happy, I’m relaxed I’m aware of what the 2021 will be and I’m hopeful through 2022. This is a matter of building something together that you trust, that has the capabilities, has the facilities, has the investment and all those ingredients I found in Renault.”

Following a busy 2018, which involved F1 and WEC competition, Alonso had a quieter 2019. He participated in the Dakar Rally at the beginning of 2020 before worldwide lockdowns due to the pandemic began. Since then he has worked on his fitness for his return to racing, and is scheduled to participate in the postponed Indianapolis 500 in August.

“Between all the endurance races, between IMSA, between WEC, between Dakar preparation, I’ve been behind a steering wheel nearly every week of the year. So I feel ready and I feel that I am a hundred percent in terms of driving.

“Physically as well I have to rebuild my body and I have to start a very specific fitness preparation I think to start it in February. So now I’m 100 percent. We did a couple of fitness tests 15 days ago and I had the best results ever in my career. So I’m extremely motivated, happy and stronger than ever.”

Alonso is older than every driver on the current grid bar Kimi Raikkonen and will turn 40 next year. However he is certain that will have no effect on his performance.

“As I saw Formula 1 for many years time is the only thing that matters. Not the age. I never had a classification on the race based on the passport date of birth. Always on the [stopwatch]. So hopefully we’re still fast or faster than them.”