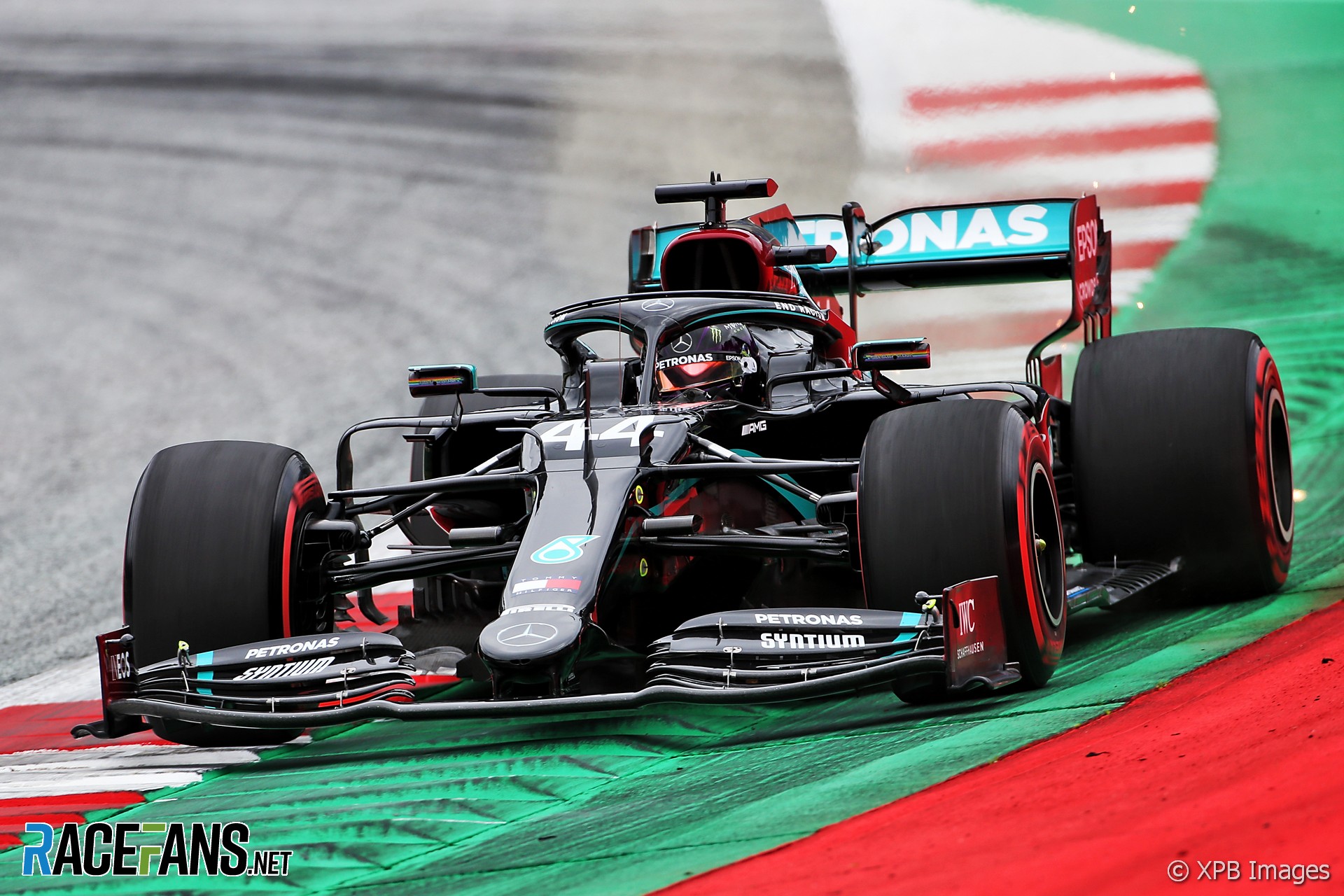 Mercedes team principal Toto Wolff says the result of the Austrian Grand Prix must not be put into doubt by a protest over the legality of its Dual Axis Steering system.

Rivals Red Bull have confirmed they are seeking a clarification from the FIA on the legality of the device, which allows the Mercedes drivers to adjust the toe angle of their front wheels while driving. Mercedes were seen using DAS on their cars during today’s first practice session.

“But I think the fundamental question for us is does it comply with with the regulations in what is pretty fundamentally a grey area,” he added.

“We do want clarity on it because it does have an impact regarding the rest of this year. It’s something that’s been outlawed for next year but the question is is it right for this year? So they are the questions that we’ll be asking of the FIA through the necessary channels.”

Wolff said he “respects Christian’s position” in approaching the FIA over DAS. “Clarification is always good,” he said. “We think we are on the on the right side.

“There was a lot of talking and exchange with the FIA. That is the reason why we have it on the car. So we will both bring our arguments forward and then let’s see.”

Formula 1 will hold the first race of its heavily delayed 2020 season on Sunday. Wolff said this makes it important to ensure the outcome of the Austrian Grand Prix is not put in doubt by a dispute over DAS.

“I think, against what you would expect, all teams are pretty much aware that we are in a sensitive situation with going racing,” he said.

“It’s the first race. I think on one side, it’s fair enough to seek clarification, on the other side we are aware that we don’t want to end up with a big debate on Sunday night. So I think Red Bull is going to take [and] Christian is going to take the right actions.

“Controversy and different judgement on engineering innovation has always been part of Formula 1. This is what’s to be expected in a way. It’s part of the racing.”

Horner said Red Bull has considered adding its own version of DAS to the RB16, but did not confirm whether it has one ready to run.

“It’s a very complicated system,” he said. “Obviously a lot of work has gone into it.

“We’ve certainly looked at it and, like any component, it has to earn its place on the car for the penalty that it carries whether that be weight or packaging, et cetera. So it’s certainly something that subject to a clarification would be under evaluation for the rest of this year.”