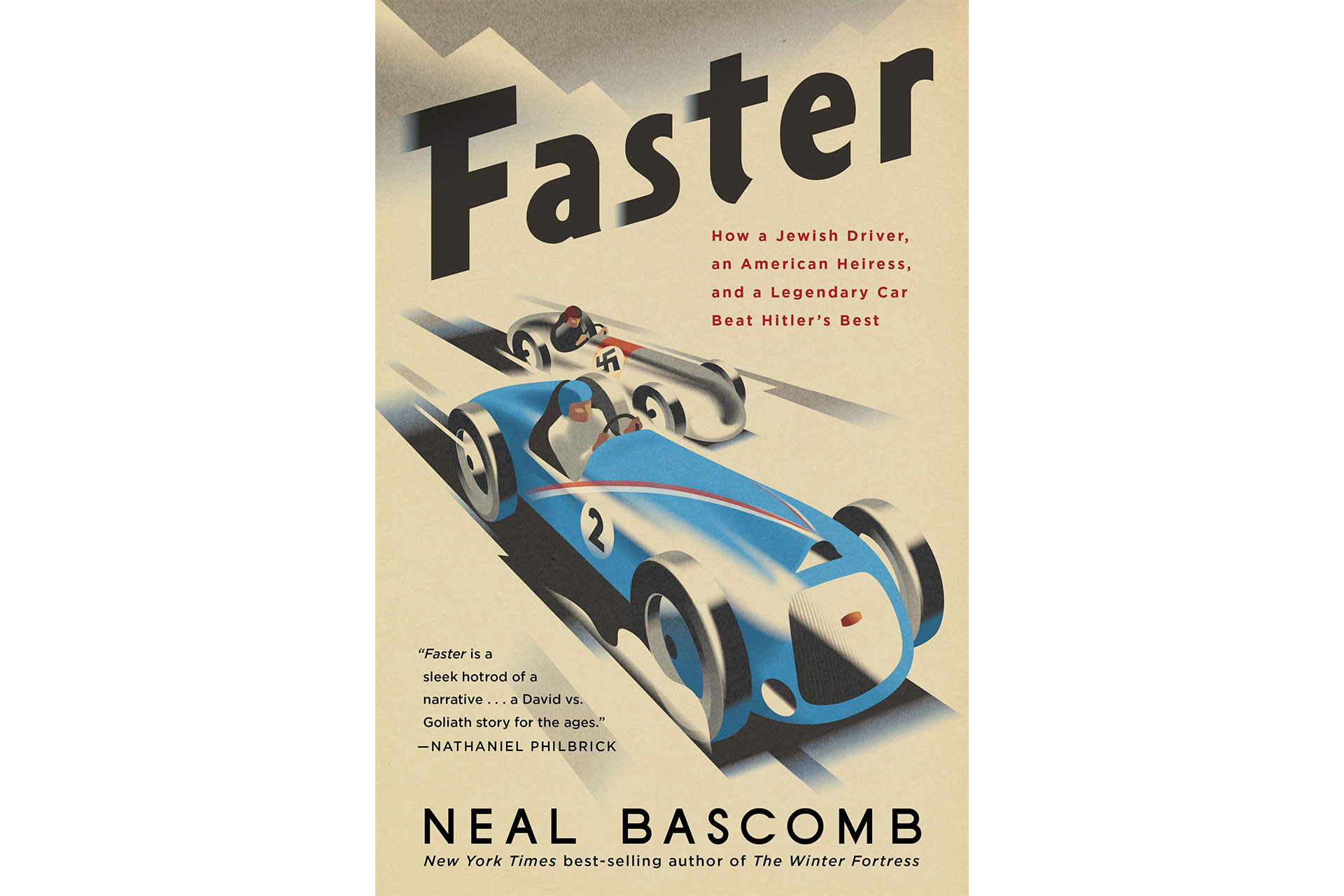 Although 2020 has disappointed us in so many ways, it is proving to be a bit of a bumper year for books on pre-war motorsport. One less-heralded new title is Neal Bascomb’s “Faster”.

Or, to use its full title: “Faster: How a Jewish Driver, an American Heiress, and a Legendary Car Beat Hitler’s Best”. Which, like a good country and western song title, spells out pretty clearly how events unfold.

The main narrative of the book focuses on the career of Rene Dreyfus and the Delahaye marque through the 1930s motorsport scene as storm clouds gathered over Europe.

In motorsport terms the thirties are best remembered for the dominance of the German Auto Union and Mercedes-Benz teams, both heavily backed by the Nazi state as a means of demonstrating
technical superiority.

Being of Jewish heritage, the terrible politics of the German teams excluded Dreyfus from driving the dominant cars of his time. Despite being one of the top drivers of his era, was forced into underdog status racing comparatively inferior French machinery. Likewise the book’s other protagonist, Lucy O’Reilly Schell, had to overcome the gender politics of the day to make her mark.

My motorsport expertise centres more on obscure Formula 3 drivers of the eighties than the pre-war era, so much of this was new to me, and I was therefore free to enjoy the story’s twists and turns.

Bascomb has written extensively on the World War Two era, and Faster evocatively captures the mood and politics of the time. Likewise sources have been well-mined to provide detailed accounts of the on-track action – a tricky task given the limited film footage of these races.

Crucially, given Bascomb’s experience, there is a deftness in weaving together the strands – politics, technology, racing – in a way that doesn’t feel imbalanced or skewed.

The marketing pitch for the book is almost begging documentary makers to come and snap up the film rights, but there is much more to enjoy here than the heavy-handed dust jacket would suggest, and Faster is certainly worth your consideration.

Faster: How a Jewish Driver, an American Heiress, and a Legendary Car Beat Hitler’s Best

5 comments on ““Faster: How a Jewish driver, an American heiress and a legendary car beat Hitler’s best” reviewed”