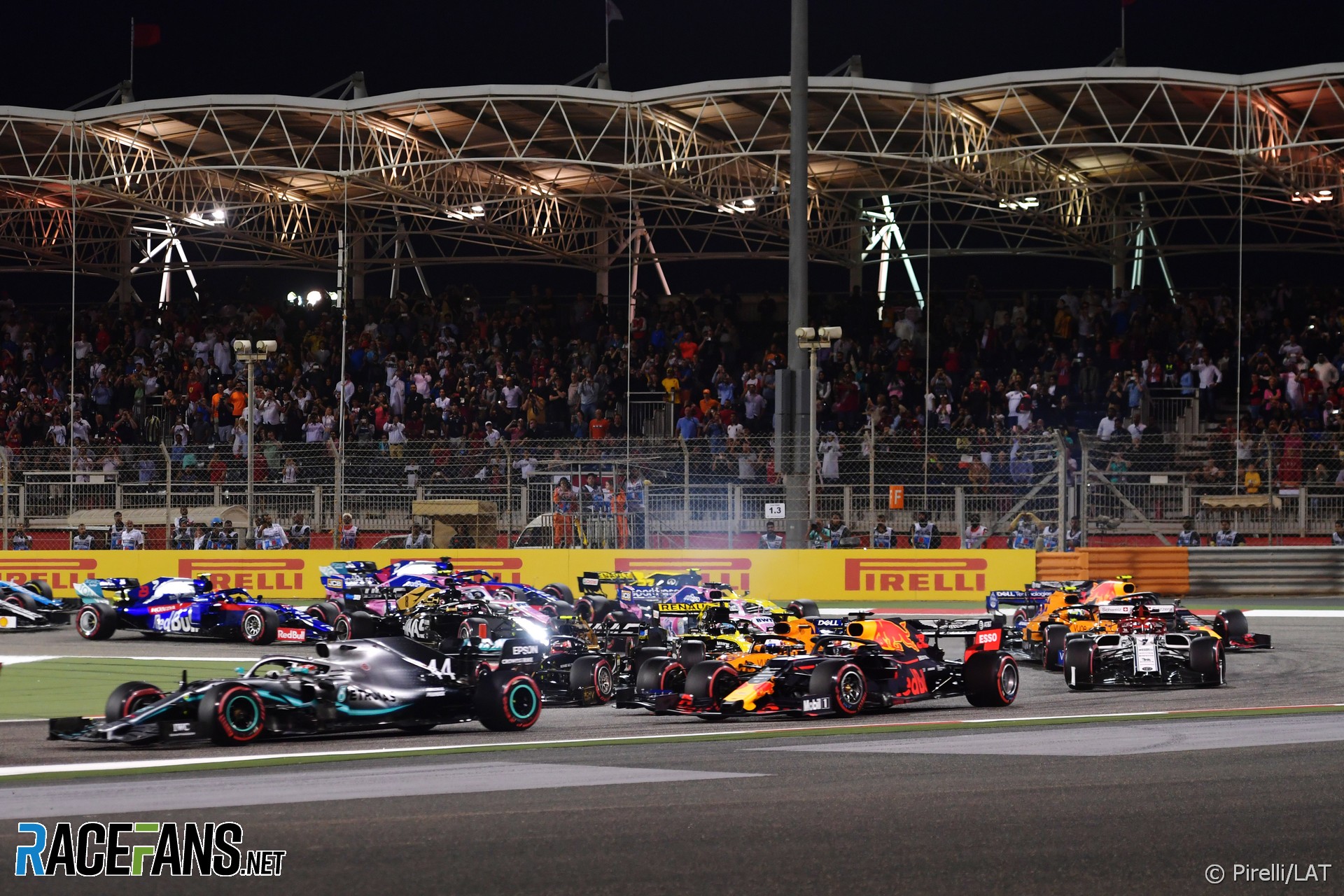 Formula 1’s decision to cancel its season-opening race in Australia leaves next week’s race in Bahrain as the first event of the 2020 championship – for now.

From there, the championship is due to head to Vietnam for its first world championship race in Hanoi on April 5th.

But the global spread of the Covid-19 Coronavirus has left both races in serious doubt. RaceFans has learned discussions to cancel both dates are at an advanced stage.

F1’s preference would be to postpone the two events. But as in the case of the Chinese Grand Prix – originally scheduled for April but called off in February – finding a suitable date at the end of the season will be difficult.

However the delay to the start of the season is likely to go on even longer. Yesterday Red Bull mototsport consultant Helmut Marko claimed the championship would be delayed until the Azerbaijan Grand Prix in Baku on June 7th.

That scenario was put to Formula 1’s chairman and CEO Chase Carey. “In the coming days, clearly, we will be addressing the events yet to come,” he said. “It’s a pretty difficult situation to really predict.”

RaceFans understands the earliest Formula 1 believes the season could begin is at the end of May, which could mean starting the season with the Monaco Grand Prix, which was originally scheduled as round seven on May 24th. The Automobile Club de Monaco issued a statement yesterday saying it had begun construction of its temporary circuit, but is “fully aware of the spread of Covid-19 and the worrying situation that this generates.”

Both scenarios would involve missing the Dutch Grand Prix at Zandvoort on May 3rd and the Spanish Grand Prix at the Circuit de Catalunya on May 10th.

The two countries have already introduced measures to combat Coronavirus which include limiting the number of people who can gather at an event. Yesterday the Netherlands, which has 503 confirmed Coronavirus cases, announced a ban on gatherings of more than 100 people. It will remain in place until at least the end of March.

Will that be lifted early enough for the Dutch race promoters to know they will be able to accommodate the six-figure total of mostly Max Verstappen fans who were expected to descend upon the dunes?

The picture looks little better in Spain. As of Thursday the country has the third-highest number of Coronavirus cases in Europe (2,140) and the second-highest number of fatalities (48) according to the World Health Organization. Catalunya has also imposed a ban on mass public events of more than 1,000 people.

The past week has shown the speed with which the virus spreads should not be underestimated, and anything beyond the most immediate planning will be difficult for Formula 1. However yesterday’s experience of cancelling a race hours before practice was due to start, while fans were queuing to get in, is one the sport will be keen to avoid.

3 comments on “Bahrain and Vietnam races unlikely to go ahead, F1 season could start in Monaco”