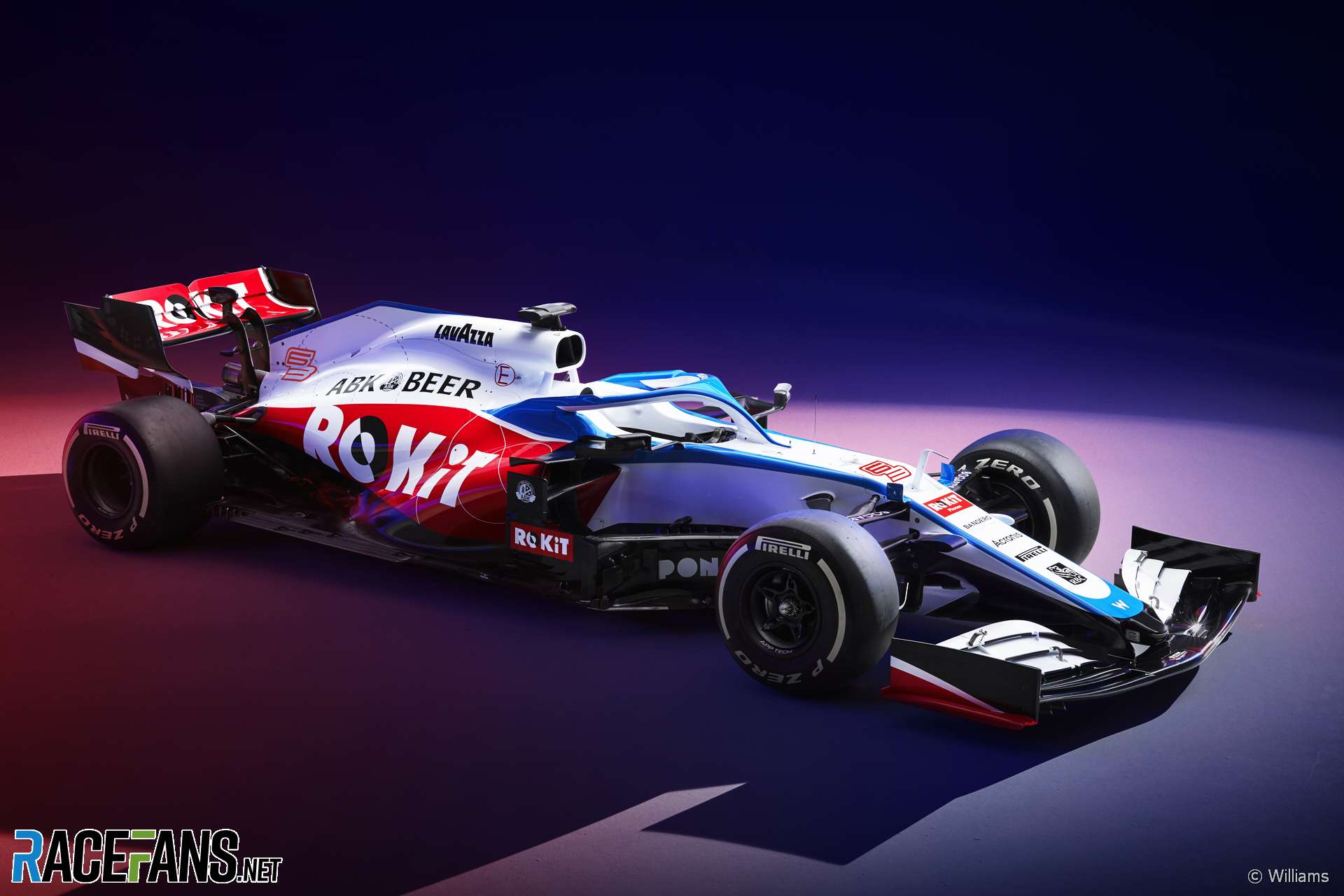 Williams has presented the first images of its new car for the 2020 Formula 1 season.

Deputy team principal Claire Williams promised “a fresh start for the team” in 2020.

“We have spent time addressing our areas of weakness and have ensured that we have the right people, structures, procedures and resource in place to deliver competitive race cars,” she said. “We are all committed to re-building Williams and returning the team to competitiveness.

“As such, our 2020 campaign is about making progress. The fighting spirit is still very much alive, and this year, everyone will continue that fight until we get back to where we want to be.”

The team is looking to bounce back from its poor 2019 campaign. It finished last in the constructors’ championship for the second year in a row, and managed just a single points finish all year, courtesy of Robert Kubica.

Following his departure, George Russell leads the team in his second season of Formula 1. He is joined by last year’s Formula 2 runner-up, and the only rookie in the 2020 field, Nicholas Latifi.

Williams has also shaken up its technical department following former chief technical officer Paddy Lowe’s departure last year. That came in the wake of the team’s failure to complete its 2019 car in time for pre-season testing.

The team said it intends to complete its first shakedown run of the new car today at the Circuit de Catalunya.