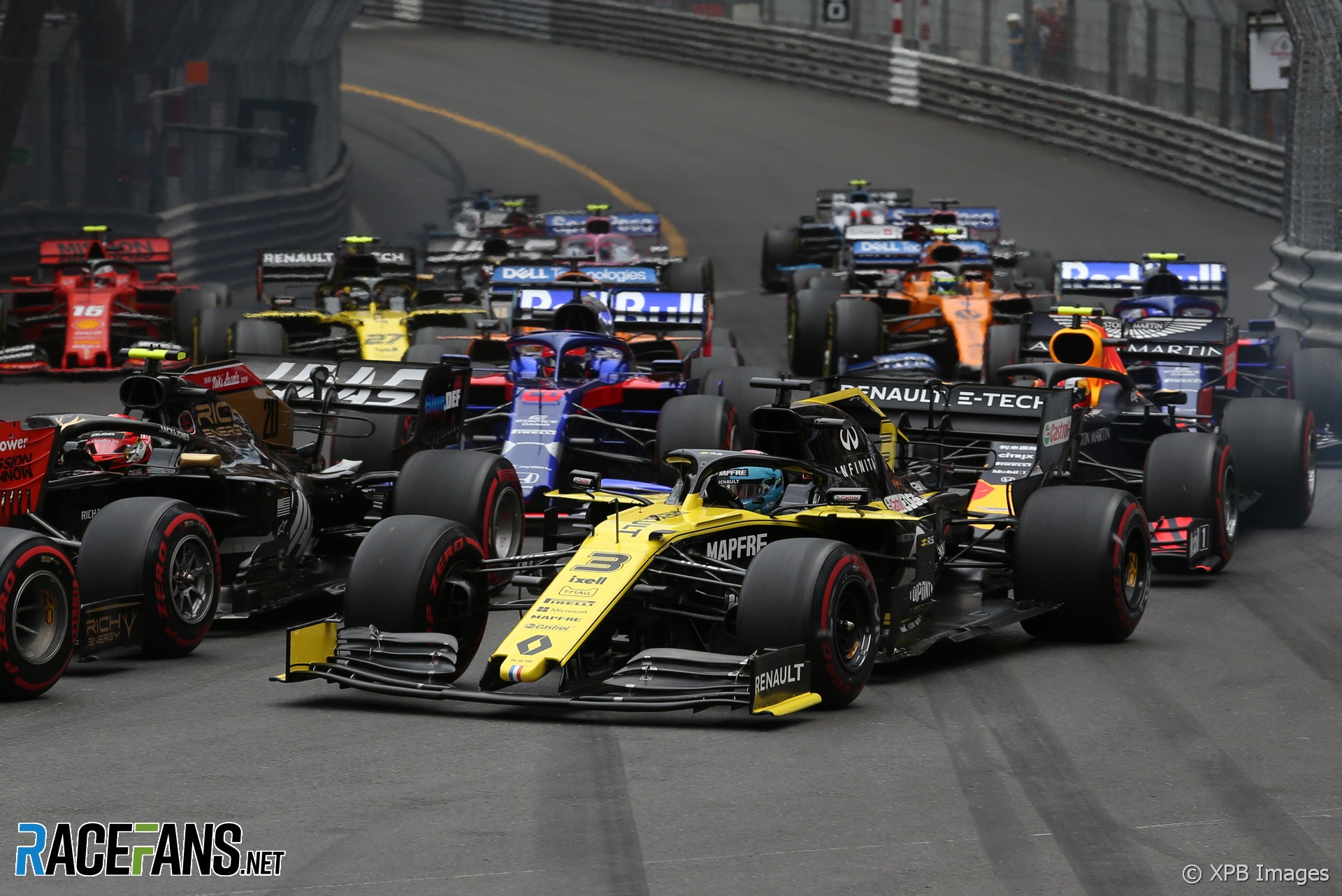 In the round-up: Daniel Ricciardo says he had to exercise more discipline in his driving after his switch to Renault last year meant he was racing in the midfield more often.

The former Red Bull driver said having a less competitive car and more closely-matched rivals made it essential to minimise errors at the wheel.

It’s so easy to over-drive and to try to get that extra tenth and you end up losing a tenth.

It’s kind of no different to the past, like, you’re obviously always trying to get the most out of the car. But I think just being more conscious of how what a bit of over-driving does.

Especially with the midfield, the car is obviously not as good as the front guys so if you do have a slide, I think you lose more time and overheat the tyres and you seem to pay a bigger price. I think [I’m] learning when to be sensible and when to try and get a bit more out of it.

It’s taught me probably just a bit of discipline over anything else. Because the long and short is you are always trying to drive as hard and fast as you can. But picking your moments is probably the best way to put it.

Remarkable scenes in the #FormulaE race as @JeanEricVergne tried to knock his damaged front-left bodywork off his car while holding off team mate @afelixdacosta!

Born this day 1950, died May 8 1982. Thanks for the wonderful memories Gilles. pic.twitter.com/ldzzeFlVrA

Renault can't use 2021 as excuse for poor season (Autosport)

"Everyone up and down the grid will have that challenge, but I think no team has the same amount of expectation as us for 2021, because all of our strategies are based on that. But also the regulations are massively benefiting us. That's why it's it has to be that way."

Williams emphasises it has 'healthy racing budget' for 2020 (Motorsport Week)

"As you all know we sold a majority stake in Advanced Engineering, the proceeds of which come into the F1 team in order to bolster the budget as well. So I’ve no concerns over the racing budget for 2020."

"Brazil's Caio Collet and his mtec Motorsport team were denied a first win in the 2020 Castrol Toyota Racing Series after a penalty for a practice start on the warm up lap handed race victory to reigning champion Liam Lawson."

Does W Series suffer from the difficulty of benchmarking its competitors against those in other championships?

I think the biggest problem with W series is we don’t have the bar for them to be benchmarked to. The chassis might be the same as regional F3 but they change the engine and tires so no comparison can be made. Maybe it’s intentional, I don’t know.

But if they want people to seriously looking for talent from W series, they need to have established driver (e.g: a midfield F1 driver at like Perez or Sainz) have a practice session in that car and set their fastest time. Anyone that can came close of beat the time will instantly recognised as a potential talent.
Sonics (@Sonicslv)