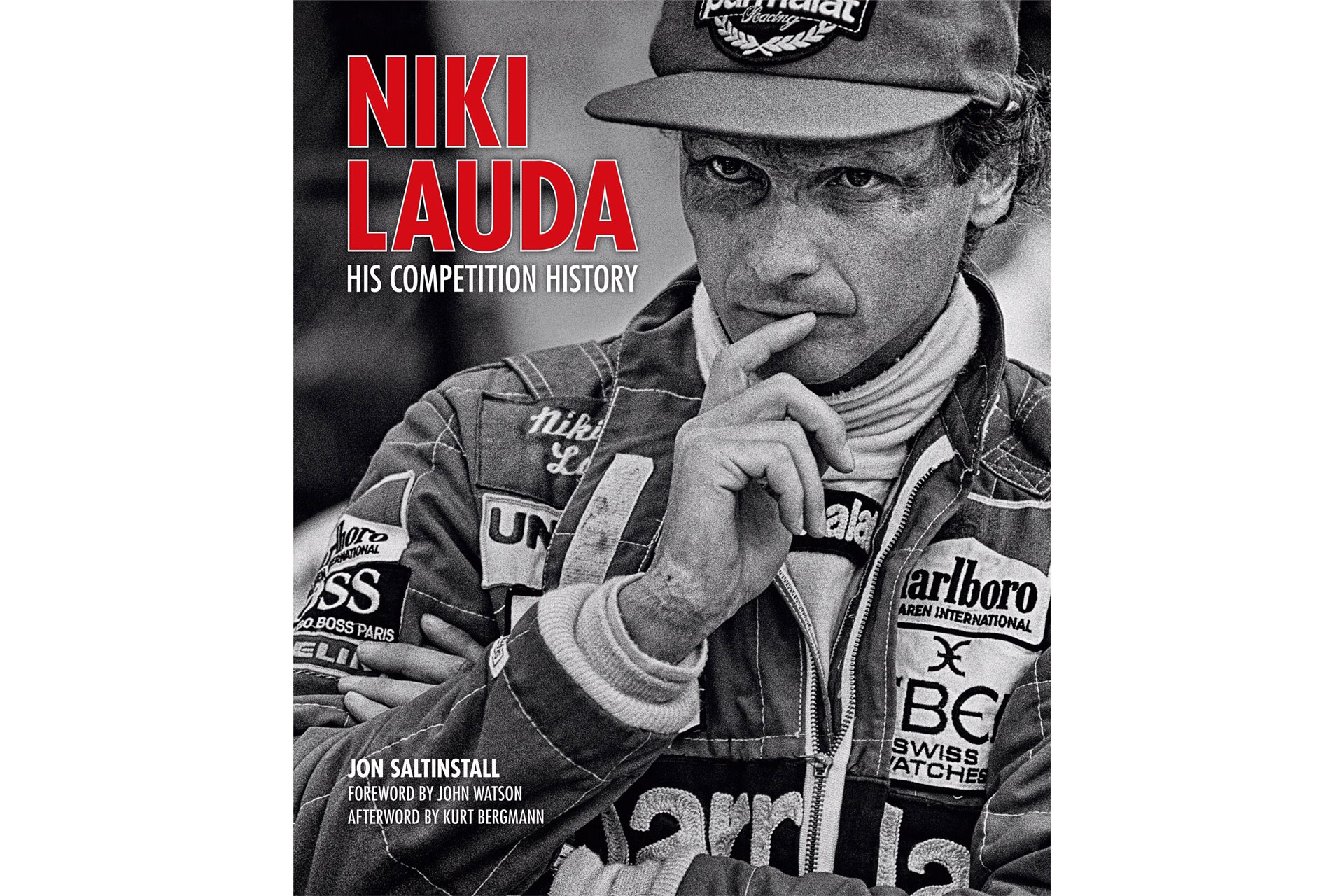 Later this month RaceFans will run an exclusive extract from Niki Lauda: His Competition History, so you’ll get a chance to decide what you think of it. As for me, I lapped up every page.

In a similar vein to Ayrton Senna: All His Races and Stirling Moss: All My Races it chronicles every start made by Lauda including the 171 grands prix which yielded his three world championships. This is everything a Niki Lauda fan – or any enthusiast for seventies and eighties F1 – could ever want.

Jon Saltinstall expertly navigates two major challenges. The first is that the best books about Lauda have been by the man himself, with his unflinchingly forthright views and withering assessments of his peers. The other challenge is striking the right editorial emphasis – covering all the details this kind of rigorous publication demands without lapsing into box-ticking tedium is always tricky.

Editorially the book is spot on, necessarily giving plenty of space to the 1976 German Grand Prix, but at the same time providing masses of detail on the lesser-known outings.

Comprehensively summarising every competition, demonstration and notable testing outings from throughout Lauda’s career the book is an absolutely treasure trove. Including, For instance, details of Formula Vee’s excursions behind the Iron Curtain in 1969 to support the European Touring Car Championship on street circuits which can only be described as utterly lethal.

No matter how obscure the race, Saltinstall has tracked down the details. Having clinched his third F1 crown in 1984, Lauda took part in the Australian Grand Prix for Formula Pacific cars, whilst purportedly on holiday down under. As someone who knew the broad contours of his career, I was surprised to see just how much extra-curricular racing Lauda did throughout his time in F1. The 22 rounds on the 2020 F1 calendar, leaves little opportunity for his contemporaries to do the same.

What really makes the book come alive, however, is the expanse of photographs throughout. Goodness knows how much research was needed to unearth some of these gems, like the Formula Vee pack at Innsbruck Airfield in 1968, the IROC outing in 1978 and various testing snaps of obscure cars. It helps that Lauda happened to drive some fantastic-looking cars throughout his career.

As ever with Evro the whole package is beautifully put together, which elevates the book from being a treasure trove for the devoted fan, to an absolute must-buy for any serious fan of F1.

Save £20 when you buy ‘Niki Lauda: His Competition History’

“Niki Lauda: His Competition History” details every race the three-times world champion started, including his complete F1 record. Containing 376 pages and over 500 images, it is the definitive record of his racing career.

RaceFans readers can save £20 off the retail price when ordering “Niki Lauda: His Competition History”. Head to www.evropublishing.com and use the reference code Niki2019 when making your order.