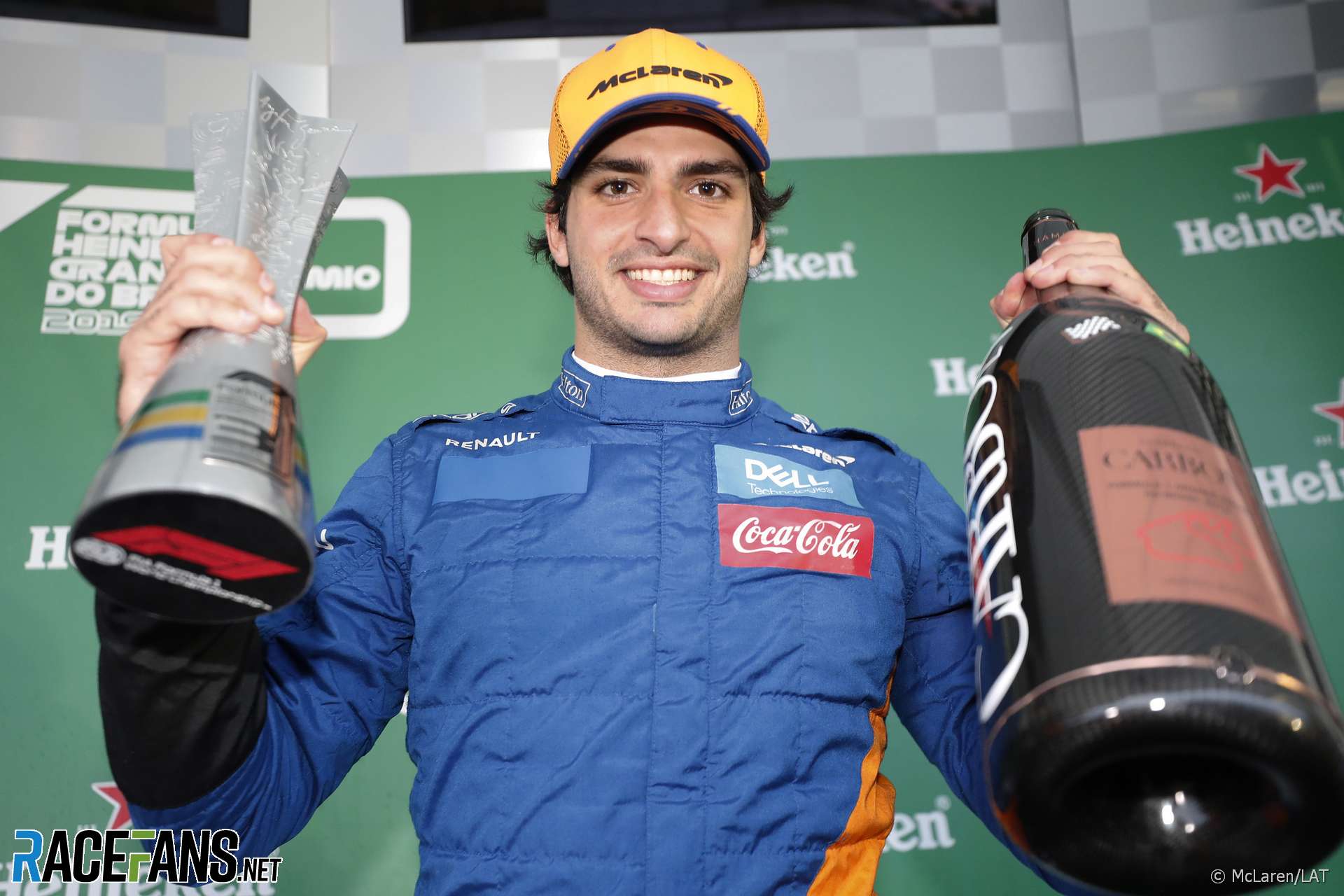 After moving to a team which struggled badly at the end of last season, and being paired with a much-hyped new talent, 2019 could have gone badly wrong for Carlos Sainz Jnr.

When his Renault power unit packed up on its 10th lap of the season-opening race, condemning him from the outset to grid penalties later in the year, it seemed things were indeed starting go pear-shaped. Or, given he’s a McLaren driver, perhaps that should be ‘papaya’.

But this story was destined to end very differently. Although his faltering start to the season continued over the next two races, which were spoiled by clashes with Max Verstappen and Daniil Kvyat, once Sainz got a grip on the situation he became the midfield’s most formidable force.

The McLaren driver scored points in all bar one of the remaining races before the summer break. This included Austria, where those engine penalties left him 19th on the grid, yet he climbed to a superb eighth. A recovery drive like this is routine if you’ve got a Mercedes or Ferrari at your disposal, but a different matter entirely in McLaren – and it wasn’t the last time Sainz performed such a feat.

He spun off early on in the rain at Hockenheim but recovered well – so much so he chose not to gamble the fifth place he was holding late in the race by pitting for slick tyres. Had he done so he might have taken his first podium, but given the team’s championship situation it was completely understandable that they took the safe option.

Sainz began ‘part two’ of the season much the same way as he started the championship, with three poor results. Technical problems spoiled his race at Spa, and he was hit by Hulkenberg in Singapore, but in Italy he created his own problem by leaving his pit box before being released.

However he hit his stride again soon after and re-established himself as the leading force in the midfield. Had the Safety Car not come out in Russia he probably would have beaten Albon’s Red Bull; He did manage to beat Leclerc’s recovering Ferrari in Japan.

In Brazil he overcame ill luck in qualifying – a power unit left him last on the grid – and charged up to the sharp end of the field. Though aided by retirements and a couple of Safety Cars, Sainz’s skilful defence from Raikkonen at the end of the race on badly-worn tyres earned him a superb podium finish.

His confidence high, Sainz gambled on a two-stop strategy to fight his way back into the points places at Yas Marina. A last-lap lunge on Nico Hulkenberg secured the final point and an expected but fully-deserved sixth place in the drivers’ championship.

This was fitting, and not just because Sainz led the midfield home six times, more than any other driver. He also ended the season ahead of Pierre Gasly and Alexander Albon, the Red Bull and Toro Rosso drivers who swapped seats at mid-season.

Red Bull ought to reflect on how they managed to let Sainz slip through their fingers following his stint as Verstappen’s team mate at Toro Rosso. As this year showed, he measures up better against him than either of the drivers Red Bull have promoted since he left their junior team.

What’s your verdict on Carlos Sainz Jnr’s 2019 season? Which drivers do you feel he performed better or worse than? Have your say in the comments.

Join in our poll and have your say here: