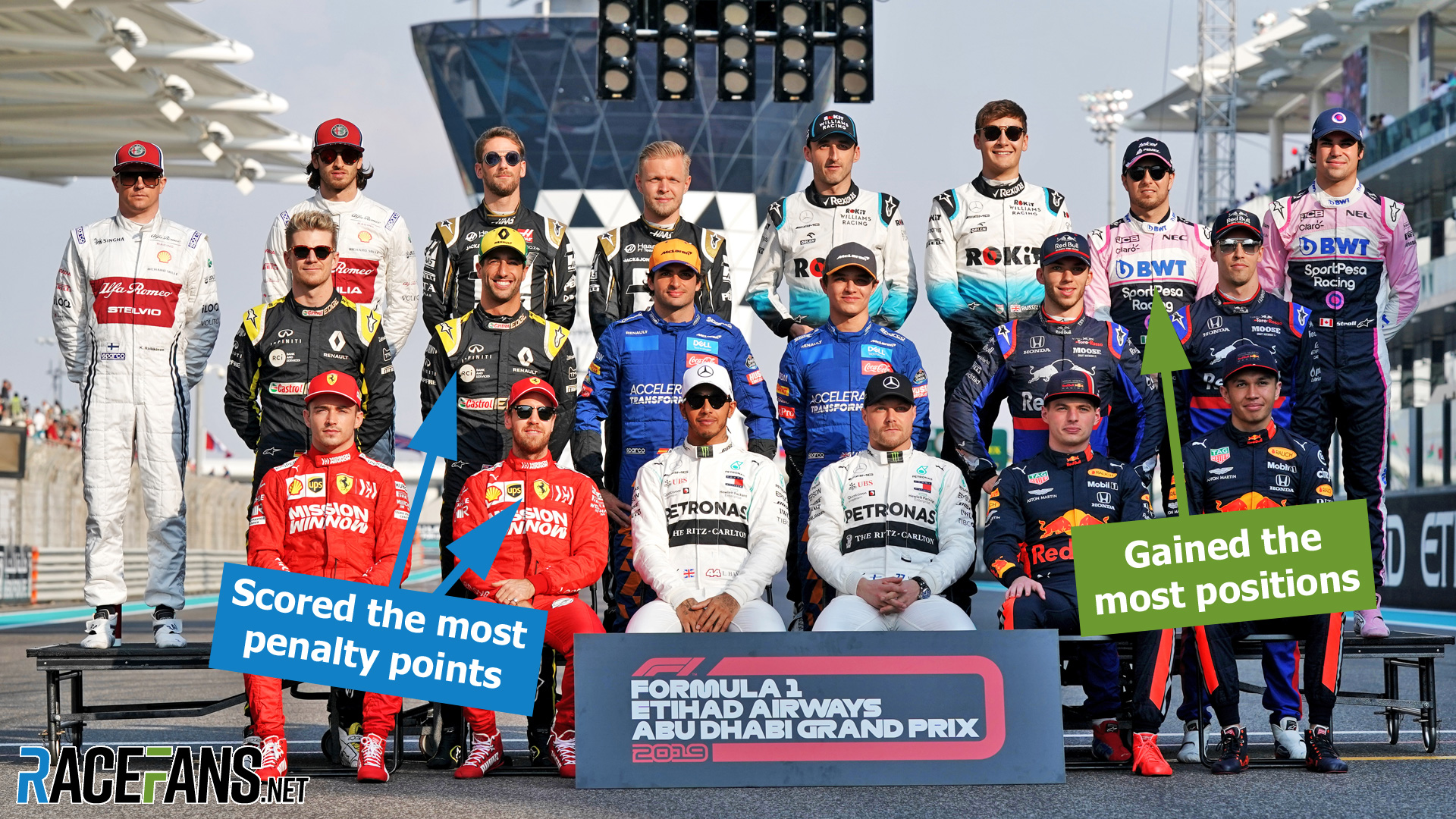 Formula 1 is a rich sport for the statistically-minded. But it can be all too easy to get bogged down in trivia.

So which are the statistics which reveal significant details about drivers? Here are our 20 telling stats, one for each driver, in the 2019 season.

More statistics on the 2019 F1 season

Have you spotted any other revealing statistics from the 2019 season? Share them in the comments.