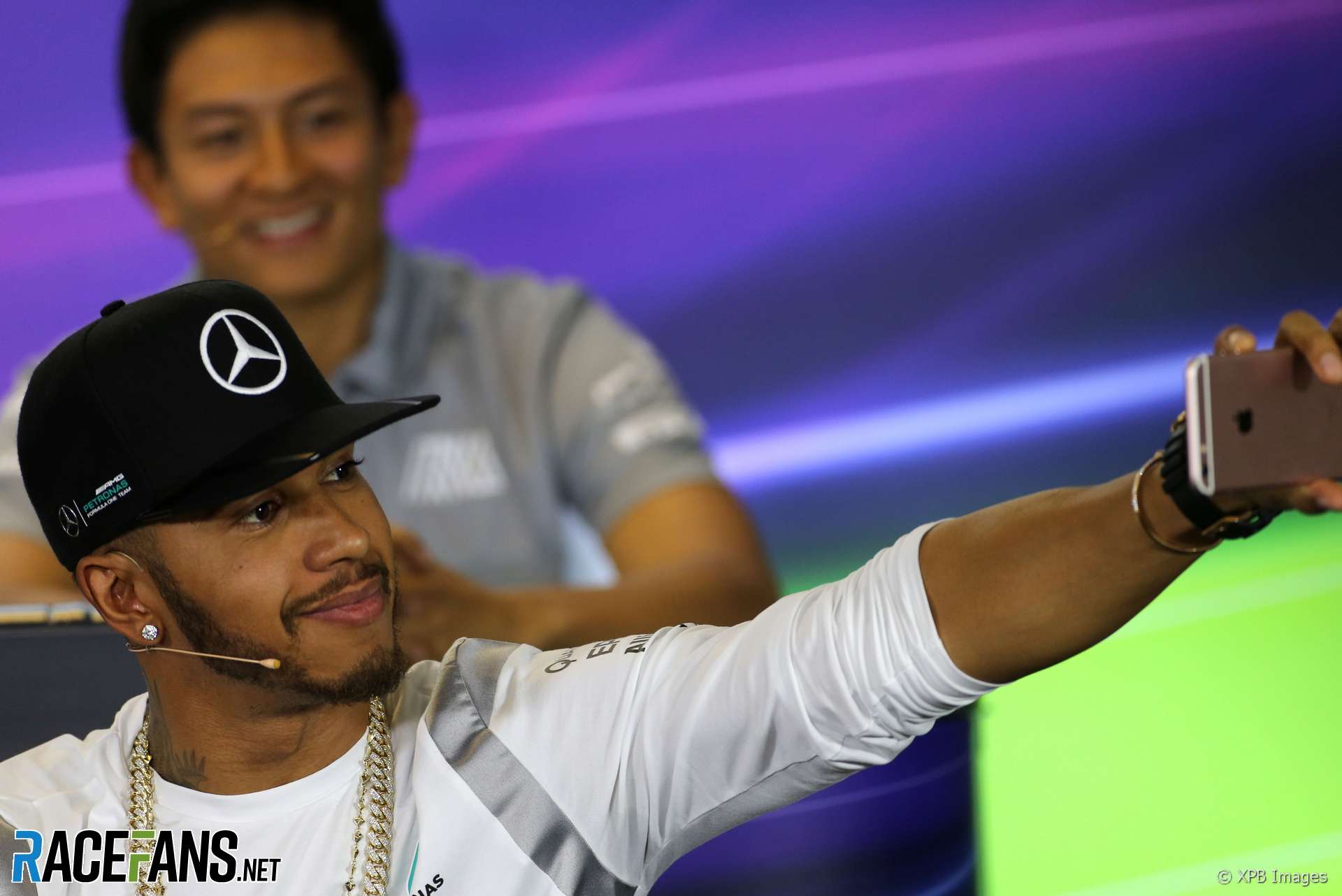 Lewis Hamilton was sent a series of legal demands by Bernie Ecclestone over his use of social media prior to Liberty Media’s takeover of the sport.

The multiple champion showed a “stack” of the letters to the sport’s new owners Liberty Media according to F1’s head of digital Frank Arthofer. Hamilton, who repeatedly criticised the restrictions Ecclestone placed on drivers using social media, presented the letters to F1’s managing director of commercial operations Sean Bratches, Arthofer revealed at the SportsPro OTT summit.

“A great story that Sean Branches, who’s my boss and runs the business at F1 tells, is [about] when Liberty bought the business [and] one of his first meetings was a lunch with Lewis Hamilton,” said Arthofer.

“Lewis brought with him to that lunch a stack of ‘cease and desist’ letters from Bernie Ecclestone because Lewis was taking clips of his onboards and posting them on his Instagram channel. And Lewis Hamilton, as I’m sure most of the audience knows, is arguably the biggest star in the history of the sport and has a huge crossover potential across urban culture, music, lifestyle.”

Hamilton called on Formula 1 to loosen its social media restrictions at the beginning of 2017. Liberty Media relaxed some restrictions on posting material from F1 events a few days later.

“Working with the drivers and the teams in a more collaborative way to build the sport we think benefits not just Formula 1 but our partners, be that sponsors, broadcast partners and promoters,” said Arthofer. “[It] is a really, really important component of the strategy and probably something we’re still in the early stages of doing well.”

“F1 as of January 2017 was a 66-year-old business and a terrific brand, built largely by Bernie Ecclestone as the owner and proprietor of the business for for 40-odd years,” he said.

“The Liberty thesis for buying F1 was best summed up in three areas. First it’s a global asset, which is an opportunity and a challenge, certainly, but I think in a world in which growth areas for many players and participants along the value chain is increasingly becoming a global proposition, the feeling was that there was an untapped opportunity and that it was well-situated for the future of the business.

“The second is the increasing value of live sport in the marketplace and I think that applies in a media context, but also an experiential context. We race in 21 countries, 21 grands prix and I think the value that’s accruing in live experiences in the modern economy is increasing.

“The third component was to a degree the areas of focus that Bernie had. I think he did a terrific job monetising the businesses – it’s a $2 billion dollar revenue business – but equally, didn’t invest for the future. He probably didn’t invest in areas like digital, which aren’t necessarily as creative from a pure profit potential in the near-term, but have long-term potential.

“There’s an old joke that Bernie signs the back of cheques, not the front. The business was quite lean when we took over and we’ve invested in it in order to build long-term asset value.”