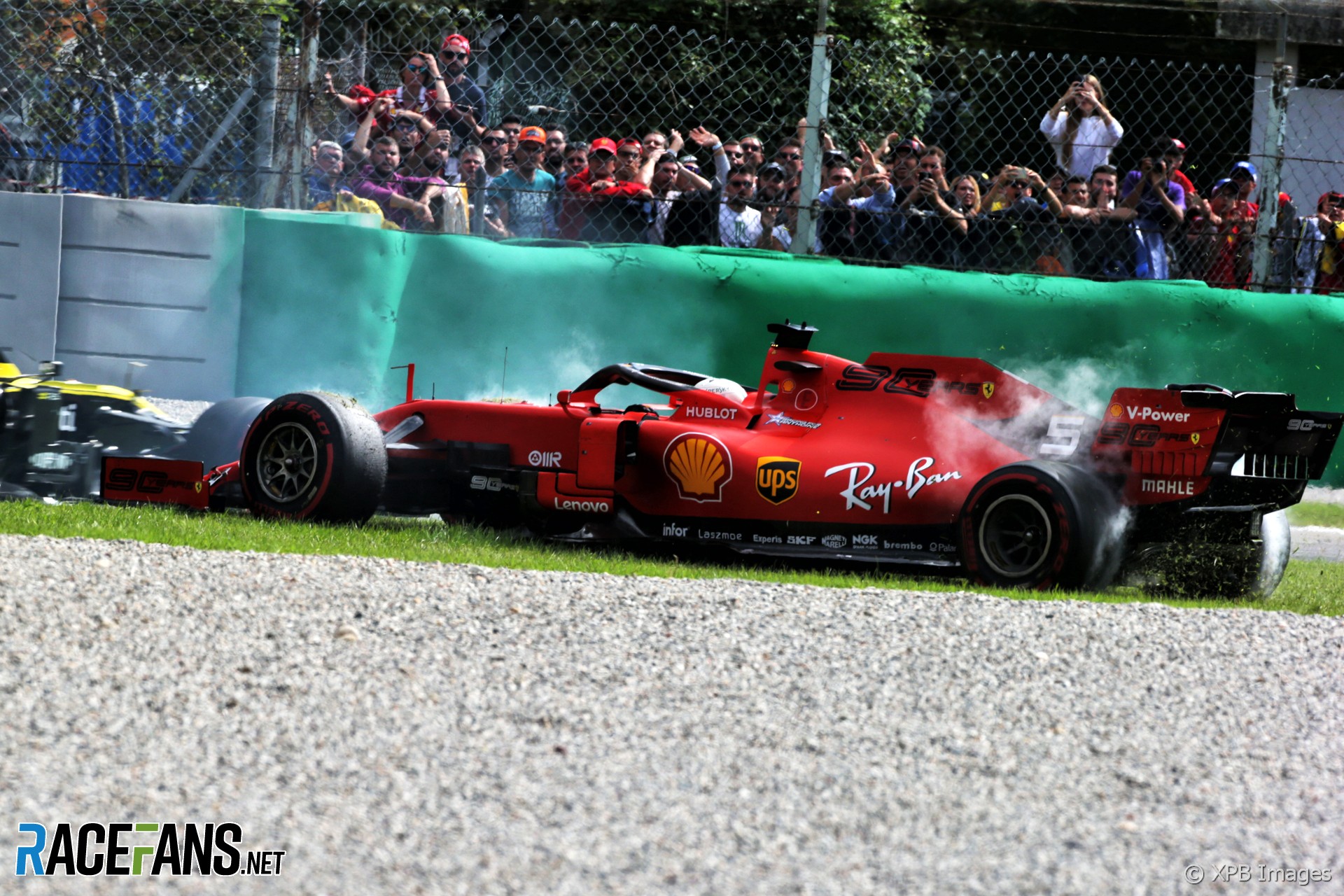 Sebastian Vettel says his difficult 2019 campaign is not the worst period he had been through in Formula 1.

None of Ferrari’s three wins in the past 12 months were scored by the four-times world champion. He has made a series of high-profile errors, most notably at Monza two weeks ago, where he spun out and then caused a collision with Lance Stroll.

Asked whether this was the toughest time he’s been through in F1, Vettel said: “I don’t remember all my career to be honest, [it] is obviously quite a while that I’ve been around.

“Certainly [it’s] not the best one right now. But also it’s not the worst one either.

“I still love racing. I have lots to look forward to and a lot of races this year to hopefully get in a better position to finish the season the way I think we want and then obviously prepare for the next one.”

He described the mistake which put him out of contention for victory in Italy as “part of racing”.

“It is obviously not great but ultimately it’s not a disaster,” said Vettel. “[In] the race weekend obviously the race is the peak and the highlight, one moment can change the whole race and in that case it did.

“I was the first one to admit the mistake after the race as well it was very clear. So nothing to talk different. But I think unfortunately these things are part of us and part of racing.

“Obviously it’s not the level that I want to perform at but these things do happen to all of us every now and then.”