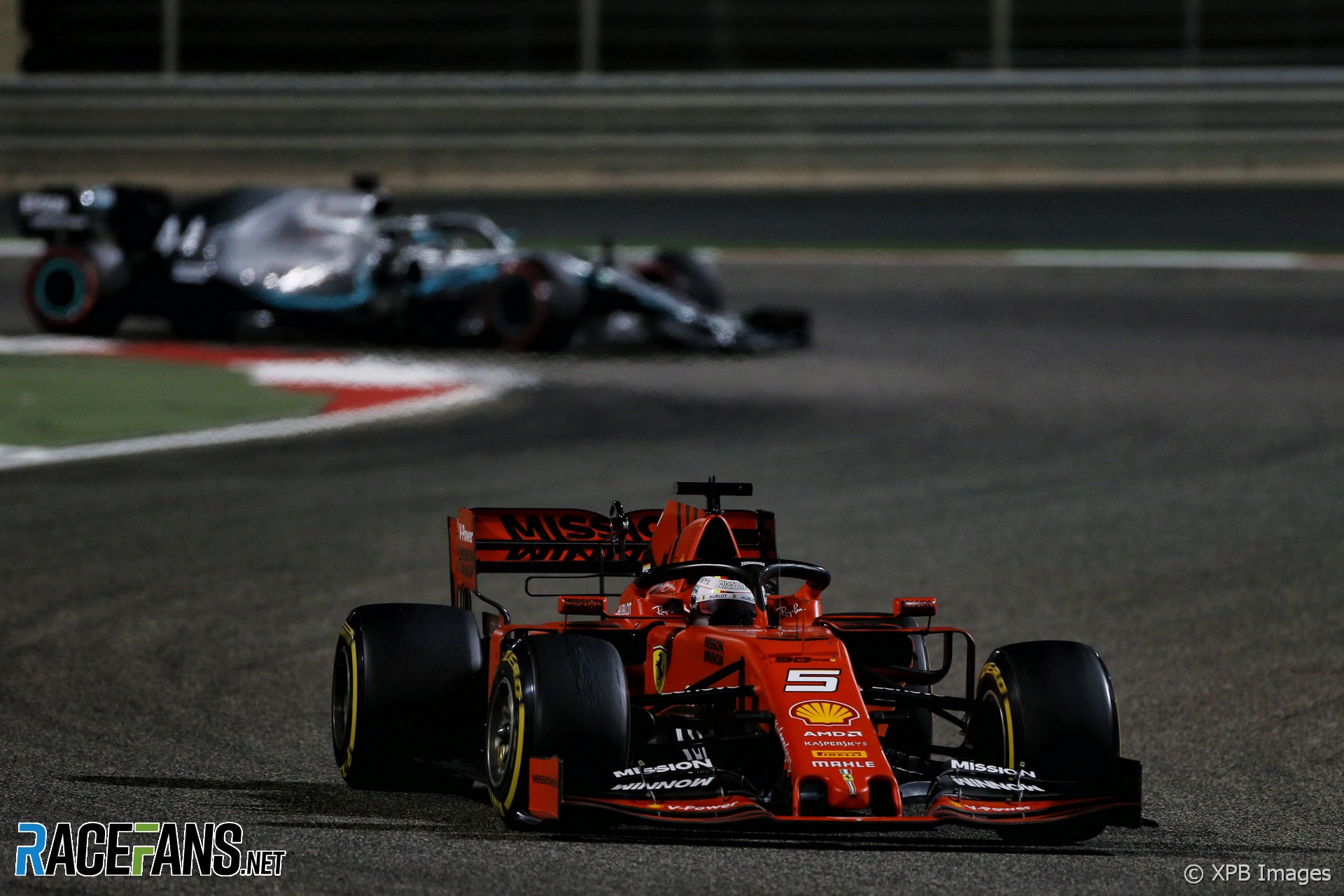 Mercedes are concerned Ferrari will have an overwhelming power advantage on the long straights at the next two rounds of the 2019 F1 season.

The Shanghai International Circuit, scene of next week’s race, features the longest straight on the calendar, measuring 1.4 kilometres. Two weeks after that the teams will race at Baku, which features several high-speed sections and one of the longest flat-out stretches the drivers race on all year.

Valtteri Bottas said Ferrari was “making all the time on the straights” in Bahrain which has the team worried for the upcoming rounds.

“The next two races, China, Baku, it’s massively long straights. I think [in Bahrain] they were making more than four-tenths only in the straight lines, a lap. And we can’t find four tenths like this.”

“We are improving the car all the time,” he added. “We need to review what we can do for the straight lines but it’s going to be tough.”

Speaking before Ferrari confirmed a short circuit caused Charles Leclerc’s engine to fail while he was leading in Bahrain, Mercedes team principal Toto Wolff said their rival’s power advantage makes them the favourites for next week’s race.

“I would say if they are able to hold the power on the level, and I don’t know what on the engine failed, but if they are able to maintain those power levels in Shanghai on a power-sensitive circuit like Shanghai, they are the favourites, clearly. Because the lap time benefit might even be more than in Bahrain.”