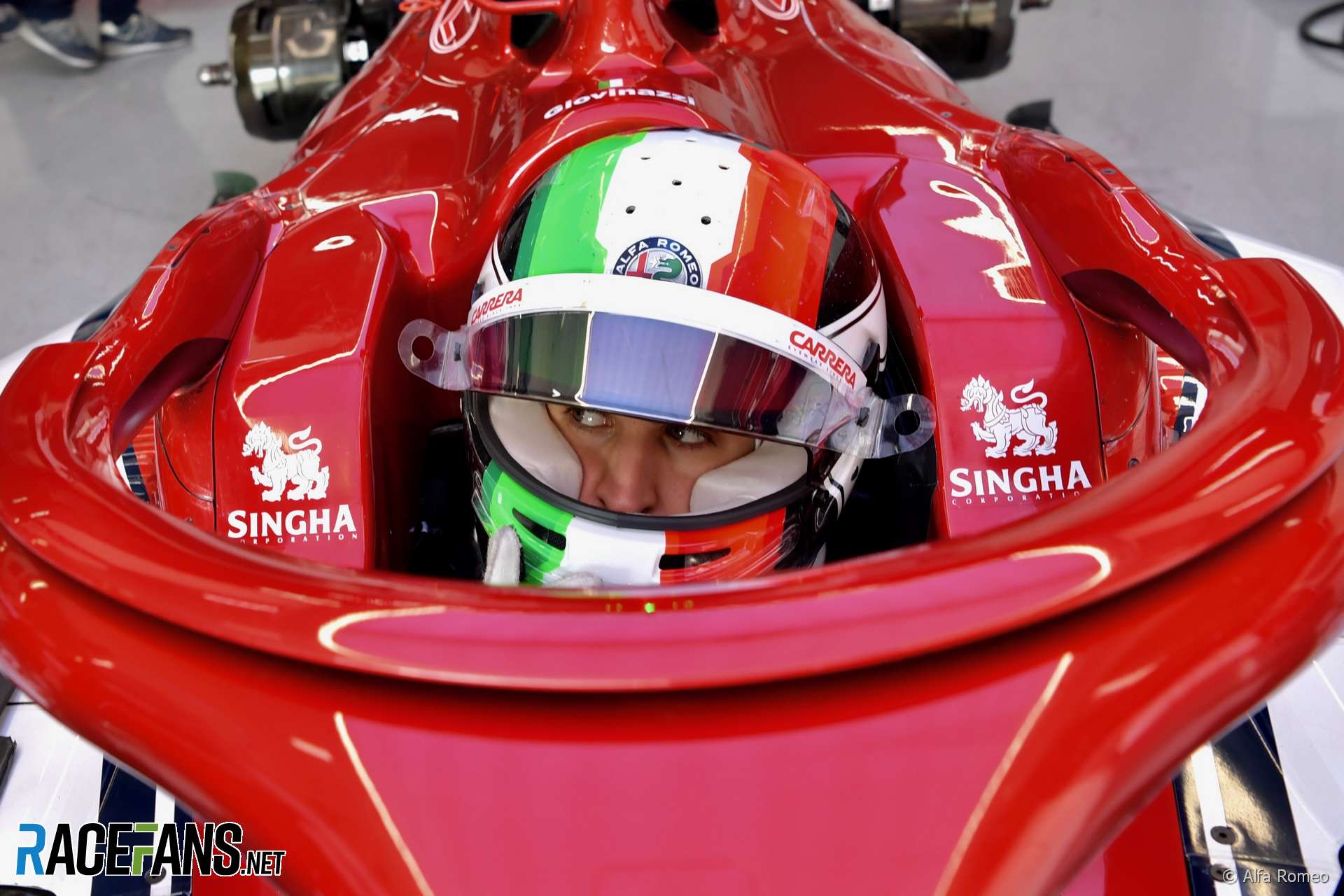 In the round-up: Antonio Giovinazzi says the biggest difference between Alfa Romeo now and when he made his F1 debut for the team, then called Sauber, two years ago, is how motivated the staff are.

The people in the team is the same people I had back in 2017. So for now it’s just a different name.

But so far I think I would say on the team there is more motivation than back in 2017 because already from last year they get a good result and is something really good for the team. New drivers, Kimi [Raikkonen] is a world champion driver, so the motivation in the people in the team is really high.

This is also really good to see from the driver, from my view. It’s the same people just with more motivation.

Seriously impressed by @FRosenqvist making the Fast Six and third on the grid on his @indycar debut. #indycar #btsmotorsport #ohwaitforgetthatlasthashtag

Read more about him here: https://t.co/bdSr35JfAr#F1

"Will Power continued his amazing dominance of qualifying for the Grand Prix of St Petersburg on Saturday. The Team Penske driver won the P1 Award for the eighth time in 10 years and will lead the field to the green flag for the 2019 IndyCar Series opener."

"There is a new claim coming in Australia, but typically all of the numbers have been over 20%, so Shell fuels and oil have been constantly bringing in over 20% of the performance improvement."

"The precise reason why the system was dropped has never been fully explained. A reasonable suggestion would be that the awarding of a single point for each fastest race lap actually made little or no difference to the outcome of the first ten world championships."

"If it rains like some of the bursts (on Friday) then it will be close to being impossible to stay in one piece."

“Drive to Survive” gets a big thumbs-up from Barry:

Just finished episode 10 (and last episode of the series). Have to say it’s the best coverage/behind the scenes/interviews etc I’ve seen in a very long time.

Maybe Netflix should do the actual race coverage too.
Barry Duckett (@Barryged)