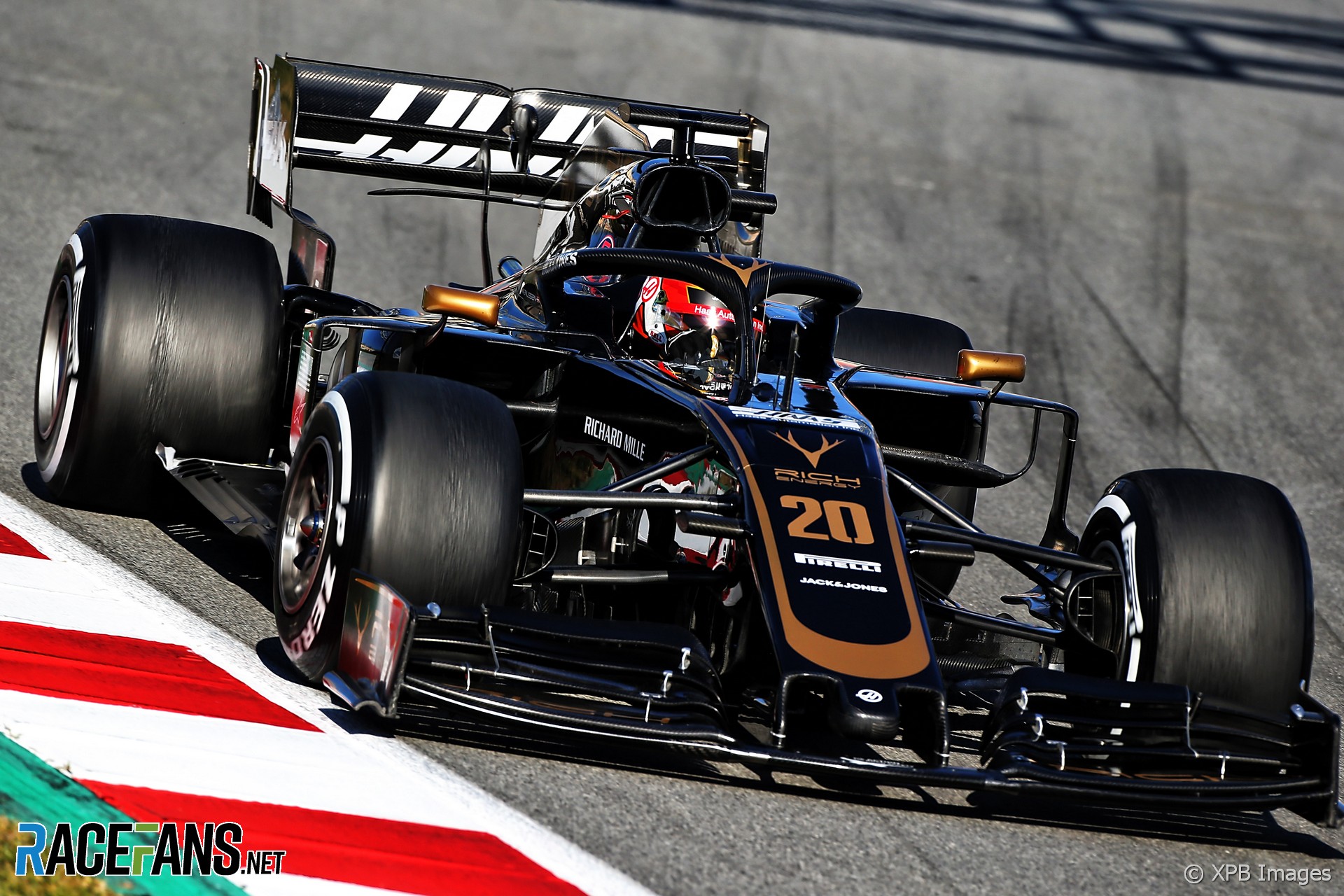 Kevin Magnussen says his first impression of F1’s new wings is they do make it easier for cars to follow each other more closely.

New rules for the 2019 F1 season have increased front wings to two metres wide but forced teams to use simpler designs in a bid to prevent them generating ‘outwash’. The rear wings, including the DRS flaps, are also larger this season.

The Haas driver described how he followed another car for a lap and a half before overtaking it during today’s test. Magnussen said his car felt “more consistent and stable” while in his rival’s slipstream.

“There’s so many people, even here when the car was in the wind tunnel before we put the cars on track, a lot of people were saying that it wouldn’t make any difference.

“But following a car today I felt a big difference. It felt completely different. I could actually follow.”

Magnussen admitted he was lapping considerably quicker than the other car. “I was a lot faster than the guy I was following and I passed him the lap that I caught him, I got past him. I must have been around two seconds faster, in which case you would have also passed him last year.

“But it just felt, feeling the car behind the other car, felt different. Much better.”

“I’m looking forward to seeing if other tracks are the same,” he added. “There’s always different factors that you might have overlooked so you come to another track and it might be different but first signs are good I would say in this following aspect.”

30 comments on “Magnussen: New wings make it much easier to follow cars”