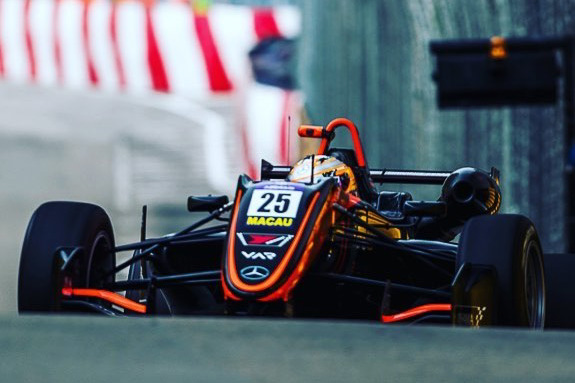 The FIA will investigate whether Sophis Floersch’s serious crash in last weekend’s Macau Grand Prix was triggered by a yellow warning signal which may have been shown incorrectly.

Floersch was launched through a barrier and into a photographer stand after making contact with the rival cars of Jehan Daruvala and Sho Tsuboi. Video replays appear to show Floesrch losing control of her car after clipping Daruvala’s car while a yellow lights were being displayed. These may have been shown in error, as the race was restarting following a Safety Car period.

FIA race director Charlie Whiting confirmed he had seen the video and the investigation will look into why the yellow lights were shown and whether the drivers involved in the crash reacted to them.

“That’s going to be all part of the investigation,” he said. “Quite clearly in the films you can see there were yellow lights being shown both sides of the track, that’s a fact.

“But exactly why the two cars made contact, you can assume one car slowed down and the other one hit the car in front, but we need to understand in detail and make sure when we do come up with a report we know the facts, not assumptions.”

Whiting said it did seem the yellow signal was shown when the track conditions were green. “When you look at the film – you’ve seen as much as I have – and I think it’s quite evident that there were yellow lights being shown. Obviously the Safety Car had come in so green flags had been shown.

“But I can’t tell any more. We need to analyse it, all the onboard footage from all the cars. That is the sort of thing that takes time.”

“We need to look at everything,” he added. “Whether it’s kerbs, the track, barrier, the debris fence, the photographers – we’ll be looking at everything.”