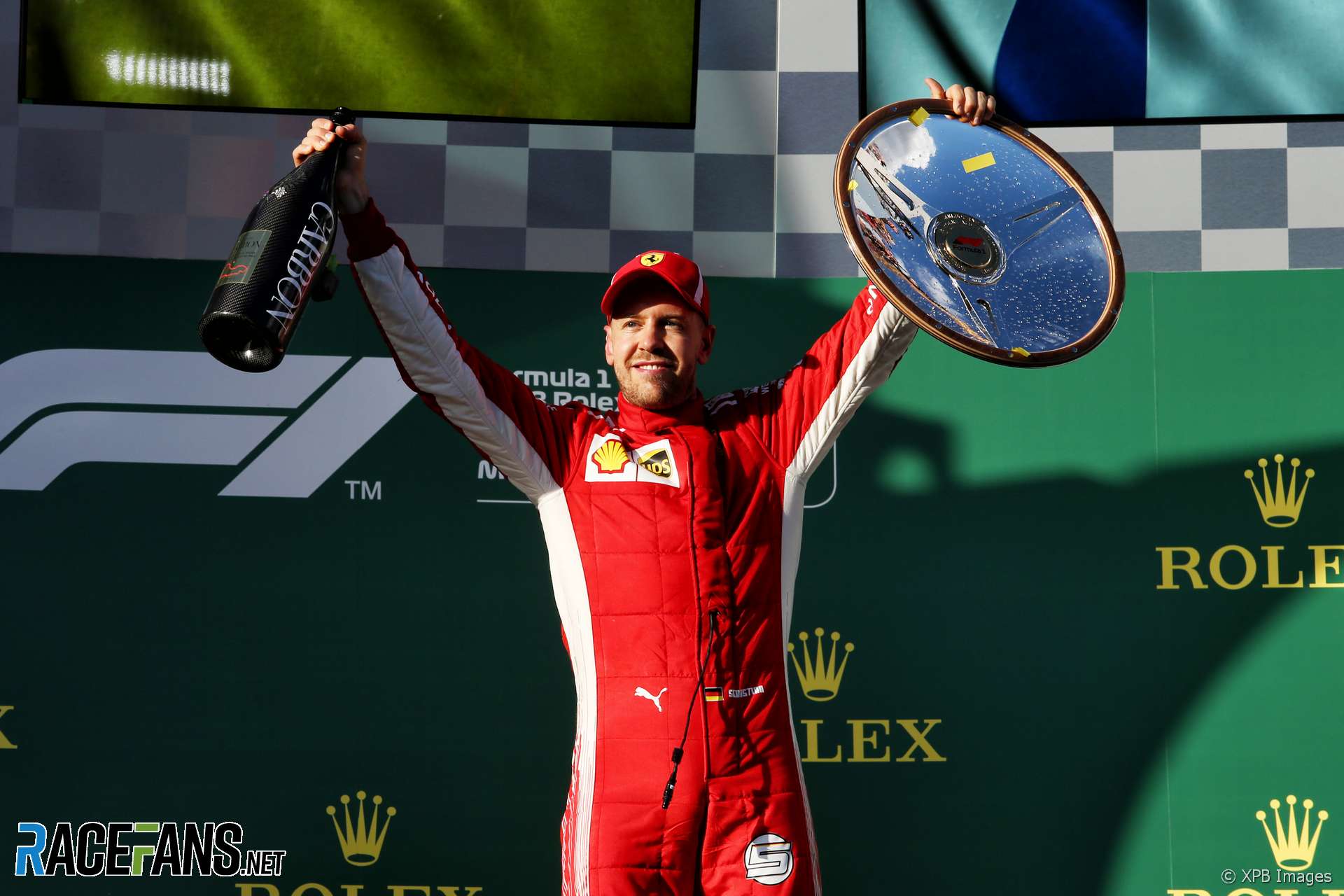 Sebastian Vettel was under pressure to deliver the Formula 1 championship because he “over-performed” early in the season, according to some of his rivals.

The Ferrari driver has come under fire for a string of mistakes in the second half of the season which have all-but ended his chances of winning the championship.

Force India’s Sergio Perez suggested Vettel’s mistakes were prompted by desperation to hold on to his championship chances.

“I think Sebastian is a fantastic driver,” said Perez in today’s FIA press conference. “It’s very hard to judge the performance from someone when you’re not in the team and you don’t know exactly what’s going on. It makes no sense for me to say.

“Obviously we’ve seen some mistakes. Probably in the end he was a bit desperate, tried to achieve what probably was not possible.

“But he’s a four-time world champion for that reason so he has a great team so I think he will be back to fight again. He had a great opportunity to fight Lewis [Hamilton], Mercedes also have a fantastic car so it was very hard for him.”

Pierre Gasly, who will join Red Bull for the 2019 F1 season, said Vettel’s results early in the season flattered how competitive Ferrari were.

“I think probably he over-performed with the car at the beginning of the season,” said Gasly. “A couple of times he managed to win races that they probably didn’t have the potential to win.

“And then of course expectations were really high. He did a couple of mistakes in the second part of the season. I think he’s the only one who could answer why and when you’re fighting for the championship just so much at the limit all the time.

“He tried to achieve things, as Sergio said, [that] probably [were] not achievable with the car he had a couple of times and things happened. He’s a four-times world champion, I think he knows how to manage a championship, it’s not the first time he;’s in this position but he’s the only one who could answer to that question.”

Vettel’s team mate Kimi Raikkonen backed him to rebound from a tough string of races.

“It’s one of those things. sometimes it happens, sometimes you get it wrong. Unfortunately it happened to him a few times but I think we’ll come through it. It’s part of the game.”