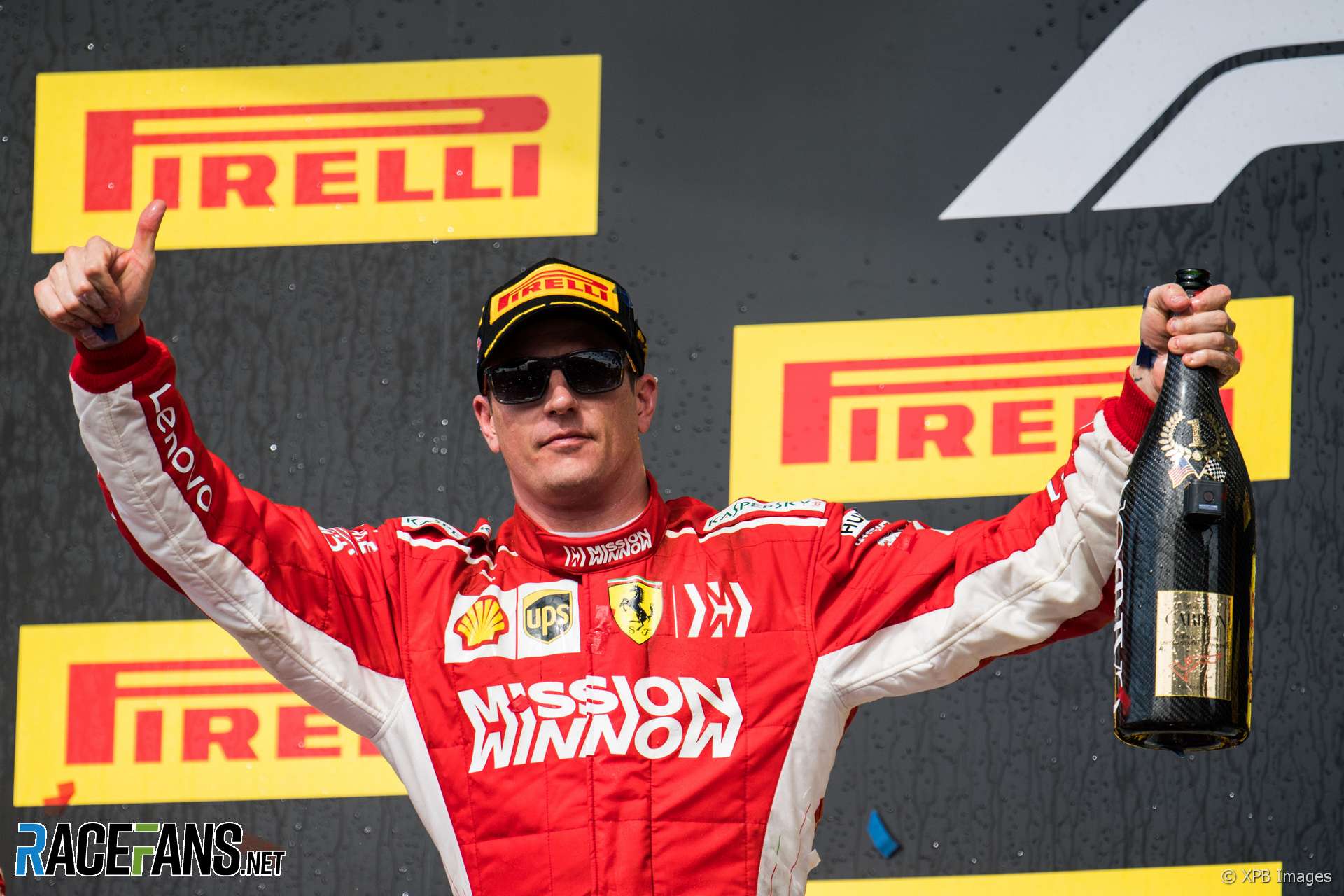 As you’d expect, most of the key statistics from the United States Grand Prix concern Kimi Raikkonen ending his five-and-a-half-year wait for his 21st grand prix victory.

Or, to be precise, 2,044 days. This isn’t the longest wait between consecutive wins in terms of duration. After winning the 1983 season-finale at Kyalami, Riccardo Patrese had to wait 2,402 days for his next win at Imola.

But it is the longest wait in terms of the number of races which were held. There were 99 races between Patrese’s two wins, 114 between Raikkonen’s. Of those, Raikkonen only entered 112 (he missed the final two races of 2013) and started 111 (he qualified for last year’s Malaysian Grand Prix but did not start it).

Raikkonen has also established a new record for the longest gap between a driver’s first and last wins. Michael Schumacher first and 91st wins were spread over 14 years (5,145 days), but Raikkonen’s victory on Sunday came over 15 years (5.691 days) since his maiden win.

With his victory Raikkonen finally moved ahead of Mika Hakkinen to become Finland’s most successful driver in terms of race wins. Hakkinen still has one more world championship, however.

Raikkonen is the only driver to have won races in each of F1’s three most recent engine ‘eras’: V6 hybrid turbos, V8s and V10s (other drivers have won races using three or more different engine formats when multiple types were permitted).

He also ended his streak of 30 consecutive podium finishes without a victory. This is almost double the previous record of 16 set by Jean Alesi.

Raikkonen got on course to win by passing Lewis Hamilton at the start. This was the first time Raikkonen had gained a place on lap one since he got ahead of Daniel Ricciardo on the first lap of the 2016 Abu Dhabi Grand Prix.

Mercedes are poised to become the fifth team to score 100 pole positions. Hamilton took their 99th last weekend, which was also his 81st. However for the fourth time in his career he ended a winning streak of four consecutive races – he’s only made it further once, when he won five in a row in 2014.

Hamilton was beaten to third place by Max Verstappen, who made the biggest improvement over his qualifying position of any driver so far this year by climbing 16 places from 18th to second. He and Ricciardo now have the same number of wins (four) and podiums (19) during their time together as Red Bull team mates.

Finally, the disqualifications of Esteban Ocon and Kevin Magnussen promoted Brendon Hartley to a career-best ninth.

Have you spotted any other interesting stats and facts from the United States Grand Prix? Share them in the comments.