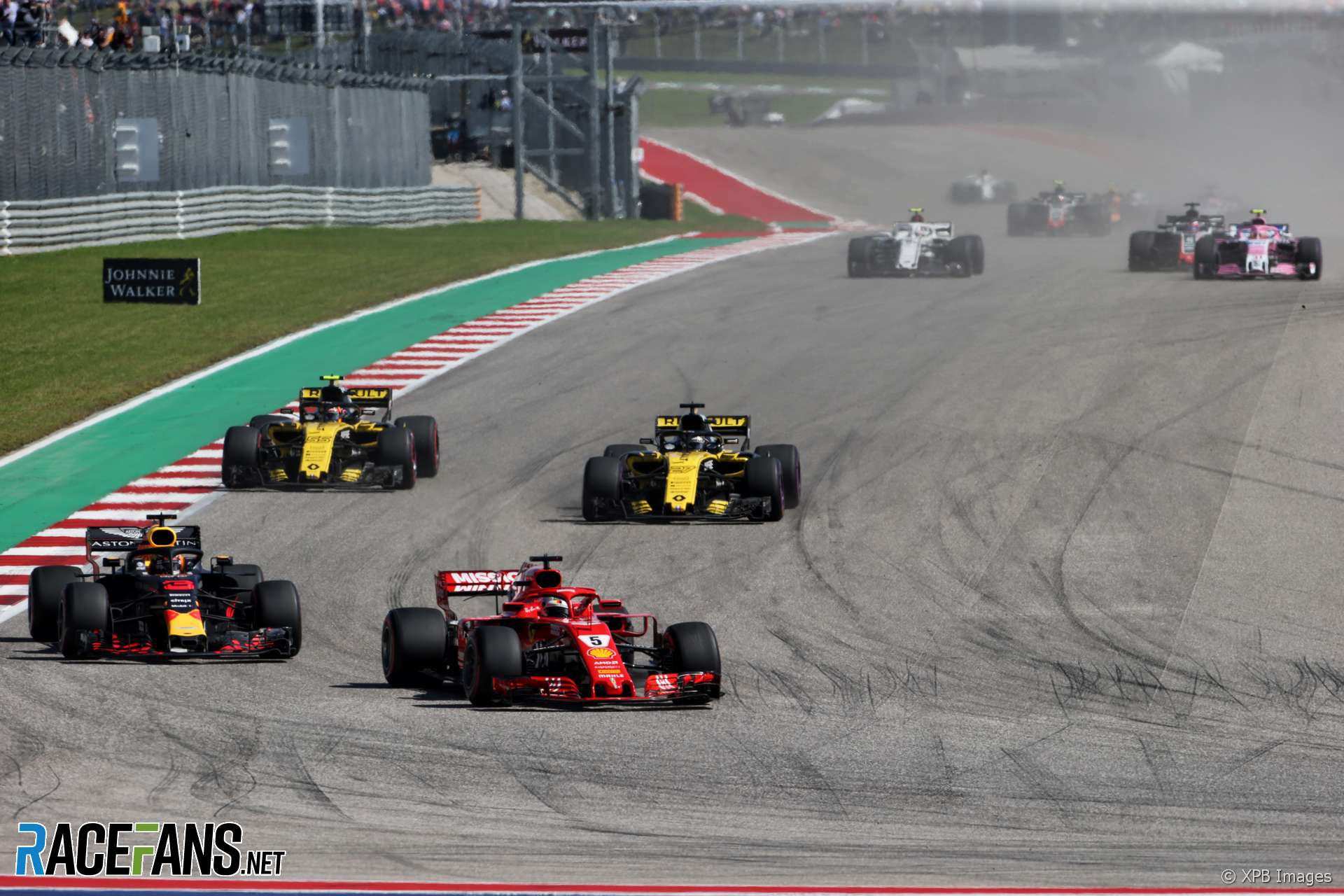 While Kimi Raikkonen won the race for Ferrari, Vettel lost further ground to championship rival Lewis Hamilton by finishing fourth behind the Mercedes.

Wolff admitted the initiative swung back to Ferrari at the Circuit of the Americas.

“This has been the most difficult season so far,” he said. “The whole season you could see two or three races were going in our favour, then Ferrari was again very strong and then we had a good run and now Ferrari had a very good weekend.

“I imagine if Sebastian had not spun out in lap one then he probably would have won the race easy.”

Despite Ferrari’s strong showing Hamilton moved closer to clinching the drivers’ championship. Wolff said he is more concerned about the situation in the constructors’ championship.

“It’s stressful,” he said. “The drivers’ championship we’re in a solid position but I’ve always said we mustn’t drop the ball. We’ve seen that in the past with other teams.

“And in the constructors’ championship that is very important for the team, nothing’s done yet, there is 129 points to be scored with the 66 that we have. That is a good buffer but no reason to go away and think you have the trophy in your hands because we can see that we haven’t got it in our hands.”

Having enjoyed a strong run in recent races, Wolff said it had only been a matter of time before Ferrari hit back.

“In the media, somebody has a run with good races and he’s world champion and the greatest on the planet and the other ones are the biggest idiots on the planet and you write them off. But that’s not how Formula One runs.

“It’s cyclical – you have a good momentum, you win a race, two or three and then it bites you and it bit us today. And that was always something we expected and it’s honestly tiring to sit out there and discuss about winning trophies when the bloody trophy’s not won.

“They are a strong group of racers – they have won many races, they deserve the respect of still being able to compete with us and today they were stronger and they won it. Now we need to keep our calm and go to Mexico and perform.”

@HazelSouthwell contributed to this article.