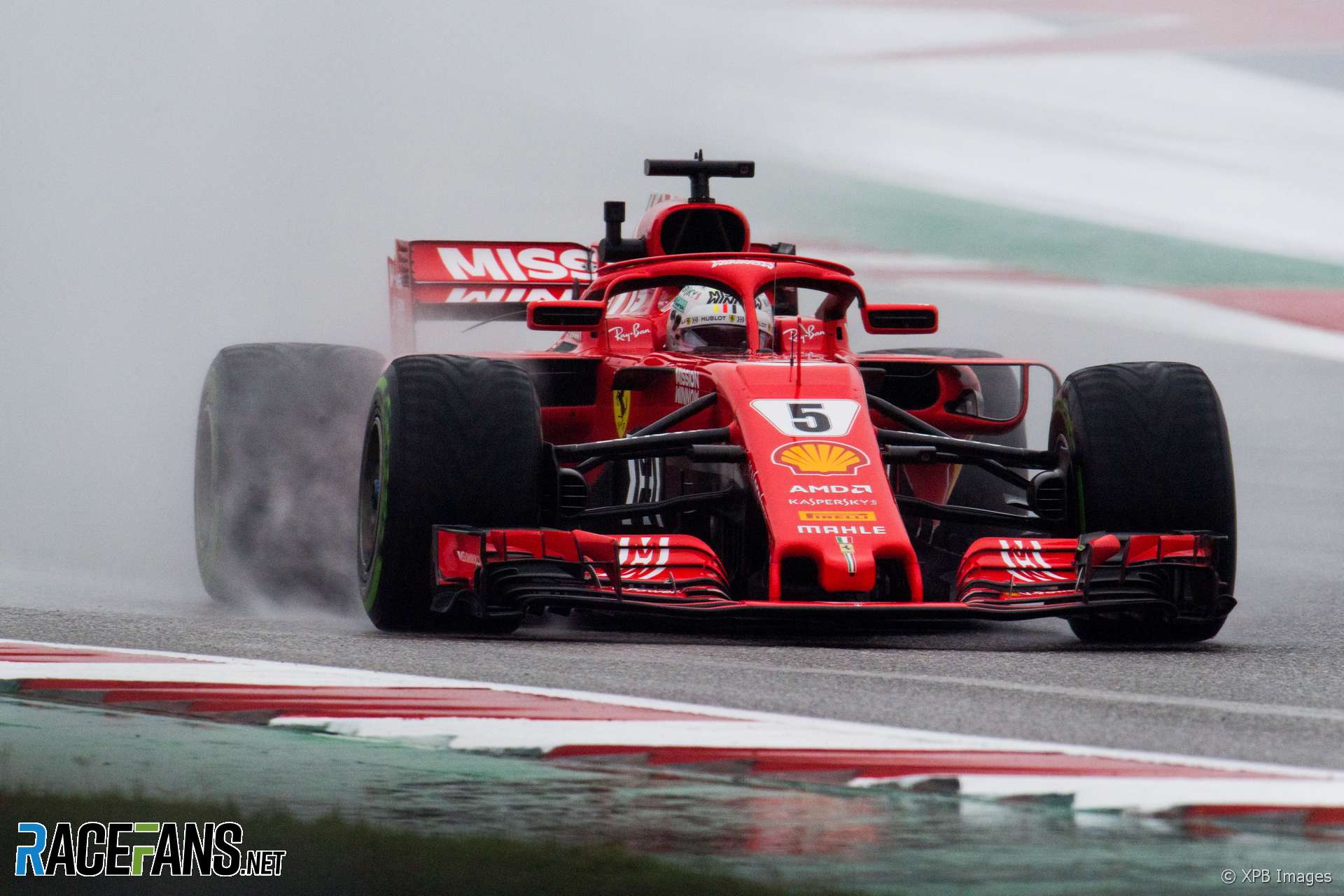 Sebastian Vettel has been given a three-place grid penalty for the United States Grand Prix.

The stewards found he failed to reduce his speed sufficiently when red flags were waved during the first practice session at the Circuit of the Americas.

“Vettel did, in fact, fail to stay above the minimum time set by the FIA ECU in marshalling sectors six and seven,” the stewards ruled.

“As the regulation states, [article] 31.6 was added this year to ensure that drivers reduce speed significantly during a red flag. Breach of this regulation is seen to be an extremely serious matter. To be consistent with previous decisions on similar incidents this year, the stewards assessed the penalty specified above.”

Asked if he felt he had slowed down sufficiently, Vettel said: “Yes.”

“The [stewards] were very specific, saying I took 27.7 seconds to slow down. I saw the red flag, I slowed down, had a look around where the car was potentially stuck in the wall if there was one around turn nine and 10 and then slowed down significantly to comply with the rules. They found it took too long.

“I think it’s pretty straightforward. I don’t know, on top I think there was an issue with timing with the system, I don’t know. Obviously I was aware, I slowed down, not much more to say.”

Vettel said his penalty was “wrong”, and suggested the target delta time he had to hit was too low because of the wet conditions at the time.

“I slowed down, I had a good look around what’s going around. The rules are clear as well so we know. I think it’s the first time we’ve had this in wet and in wet the target is a lot slower so I literally had to stop to 30kph or 40, 50kph to bring down the delta which probably I should do next time.

“In my opinion it’s not the right thing if there’s a car behind might run into you but it’s more important that you don’t get a penalty.”

Vettel was also give two penalty points which puts him on a total of five. He was one of 14 drivers on the track when the red flag came out.