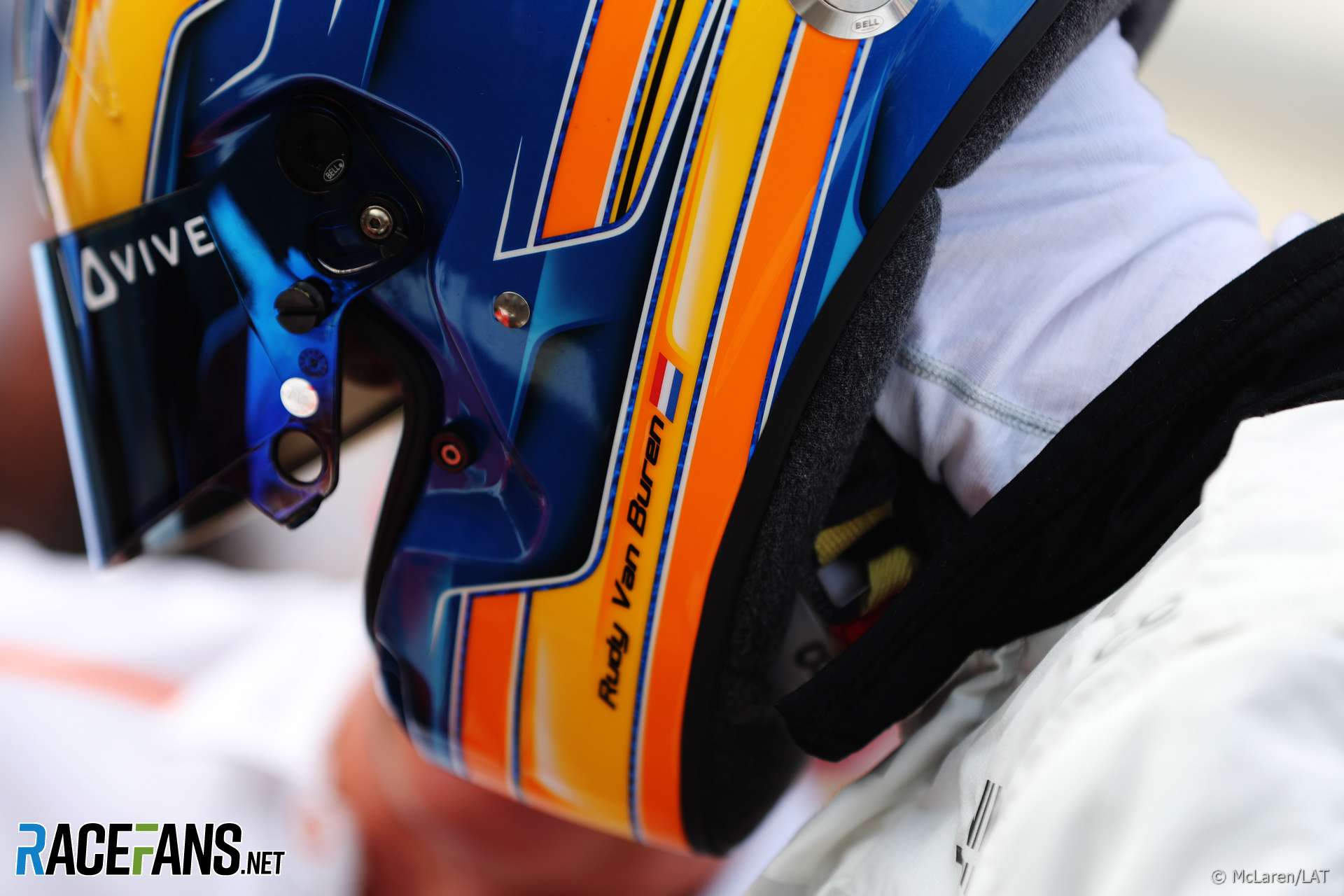 McLaren Esports ace Rudy van Buren treated @DieterRencken to a hair-raising hot lap around a soaked Circuit of the Americas ahead of the United States Grand Prix weekend.

Wake up, having decided to minimise jetlag by sticking as close to home time as possible. The plan is to be up at the equivalent of 11am in Belgium, hitting bedtime at around 9pm (4am). True, these are challenging hours, but they allow me to catch up with European stuff before heading for Circuit of the Americas; equally, jetlag is cut from seven hours to four – meaning I require less time at each end to recover.

Since the USGP moved to Austin in 2012 I’ve stayed with my good friend Forrest Bond, who lives around 50 miles interstate highway miles south of the track and may be familiar readers as the man who had the guts to publish the 1997 Concorde Agreement on the internet.

Needless to say, my Thursday started at 5am on Wednesday, when I awoke and headed for Brussels Airport and a 7am flight to Frankfurt, followed by an 11.5-hour Lufthansa Airbus A380 hop to Houston. It’s about 200 miles from there to New Braunfels by rental car, so after landing at 2pm and spending 90 minutes sorting immigration, baggage collect and picking my rental car, I arrive at Forrest’s house at around 6pm. 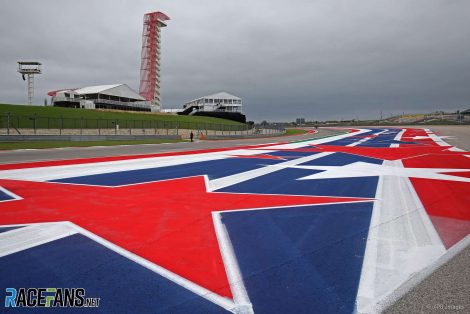 With a seven-hour time shift, this equates to 1am my time, so after catching up with Forrest and dispensing with urgent emails, I excuse myself. Eight hours of deep sleep prove extremely welcome after almost 13 hours in the air, plus 200 miles of road travel, believe me…

One of the messages received – but delayed due to my travels – is from Daphne McKinley, former wife of Guy Edwards, whose (alleged) passing was widely and incorrectly reported on Tuesday by many publications. At the time something hadn’t rung quite true so I wrote to Daphne to enquire and, should the worst have indeed happened, express condolences.

Edwards was one of four drivers who helped save Niki Lauda’s life by pulling him from his burning Ferrari at the Nurburgring in 1976. He later achieved considerable success as a sponsorship agent but he and his family suffered the heartbreaking loss of Guy’s son Sean, also a racing driver, in a testing crash in 2013.

The false reports of Guy’s death emerged one day after the fifth anniversary of Sean’s passing. Daphne’s message advises that Guy is indeed still with us, but adds that she’d been forced to call her daughters in New York to advise them of the fake news, and that all is well. The human consequence of sloppy reportage. 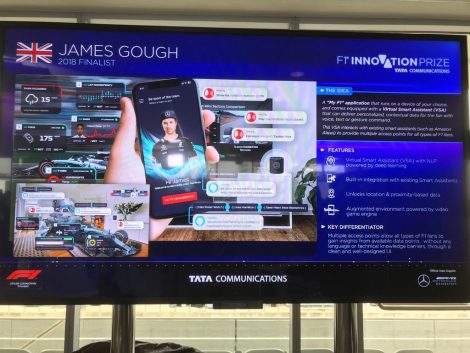 Arrive at circuit, check-in and start prepping for the weekend ahead. Due to time shifts the FIA schedules its Thursday (driver) media conference for 11am, so no sooner have I sorted my stuff and walked the paddock, than its presser time.

Head for the Business Suite in the Paddock Club, situated above the pit lane, for the Tata Innovation competition prize giving: Up for grabs is $50,000 and the chance of take-up by F1 of the winning technology that best immerses fans in the F1 experience. The winner is Briton James Gough, whose ideas could soon be seen on a screen near you. We’ll be reporting on the competition sometime soon.

Lunch, taken in the suite – thank you Tata – is spicy samosa starter followed by rare roast beef in mushroom sauce, and chopped salmon. I bunk dessert to get to my next appointment.

Meet with 2008 NASCAR champion Clint Bowyer, who drives for the Stewart Haas team and is in Austin as guest of Haas F1 Team, with the common denominators being team boss Gene Haas, and Peak coolants and anti-freeze, introduced to both teams by the driver. We have a fun chat, with the Kansas driver admitting to being “blown away” by F1’s technologies. 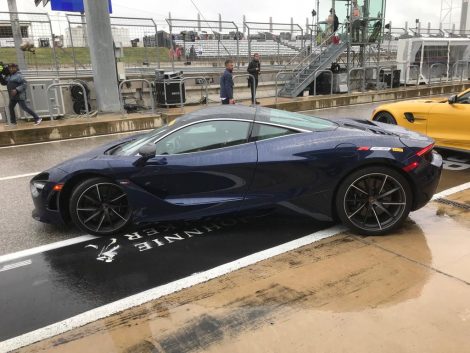 Interviews start, and I bag Toro Rosso’s pair before heading for the Pirelli garage for the highlight of my day: Hot Lap in a McLaren 720S driven by the team’s simulator driver Rudy van Buren, who bagged the job by winning McLaren’s World’s Fastest Gamer Esport contest. Of course, with my luck it starts pouring as I complete the indemnity formalities – which, though, ultimately adds to the fun, for the course is super-slippery.

With 720bhp, greasy circuit, an Esports champion who has never driven COTA save for the two Hot Lappers before me: here we come. Rudy’s performance is truly awe-inspiring, the mid-engined McLaren cutting from kerb to kerb as we slide through the Esses. We hit 165mph down the back straight before Rudy pulls out the stoppers, the ABS shuddering and steering wheel jerking as we slow (just) sufficiently for the right-hander, then slide wide.

I’m convinced Rudy has overcooked it, but he’s set the car up perfectly for the following left. I’ve travelled faster, but never in such a compressed timeframe, nor in the wet. The 720S is all yours for £230,000, but, given the proven depth and breadth of its abilities, it’s a steal.

Continue interviews, including Valtteri Bottas, who understandably tires of non-stop questions about being Lewis Hamilton’s team-mate, eventually saying with a sigh, “I thought this was about me…” The Finn had also putting in some hot laps earlier (in a Mercedes AMG GTR), and grinned as he related his laps.

Time’s up. I’ve been invited to a BBQ by Exxon Mobil, but due to the weather the venue is switched to Downtown Austin, so I take rain check in the truest sense of the phrase and head south to New Braunfels, stopping en route to buy a local sim card in an effort to beat the troublesome media centre internet.