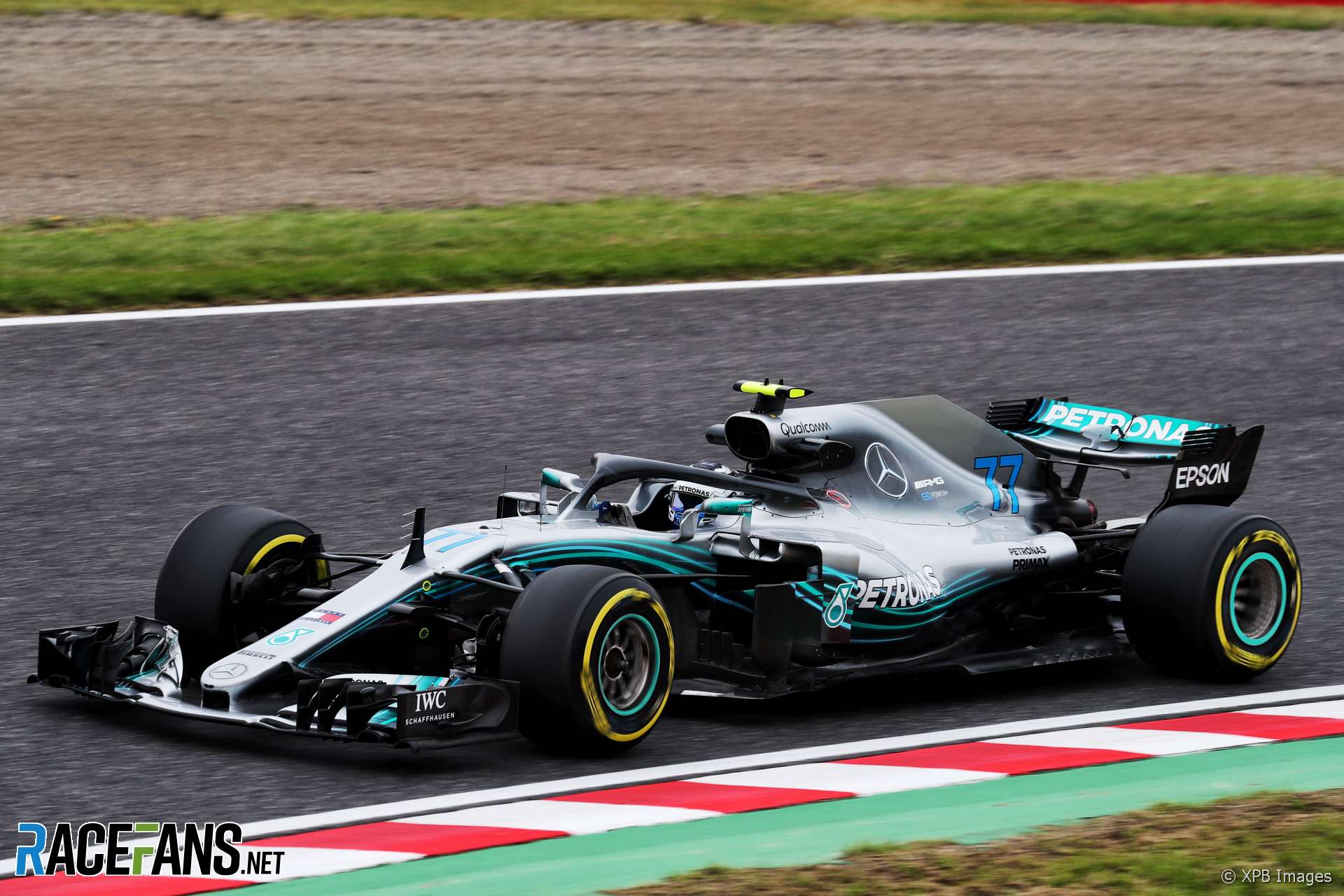 Valtteri Bottas says the reason Mercedes have become much more competitive in recent races is because they have added downforce to their car.

Various theories have been advanced for why Mercedes has drawn clear of Ferrari in outright performance over the last few races. Mercedes’ gains have been attributed to a new rear wheel design which allows better control of tyre temperatures, while Ferrari’s losses were blamed on changes to the monitoring of their power unit, though this has been denied by the FIA.

However Bottas believes Mercedes’ step forward is down to the performance of their aerodynamic upgrades.

“I can’t tell all the secrets but for sure we did improve how we managed the tyres,” he told media including RaceFans in Austin.

“I think in the beginning of the year Ferrari seemed to have really the upper hand in terms of tyre life, tyre drop-off. We’ve been able to really improve that. You’ve seen us doing longer stints than them lately which is positive. There’s a lot of work obviously going into that, there’s many details it’s not only one thing.

“But I think one big thing that has really affected that is the car. It’s a lot stronger, there’s more downforce in the car, we’ve been able to balance it better than at the beginning of the year. So that’s one big thing but then there’s small things here and there.”

Ferrari has introduced an upgraded floor this weekend in a bid to get back on terms with Mercedes. However Sebastian Vettel’s hopes of beating Lewis Hamilton to the championship have taken a severe hit in recent races.

Hamilton has scored 168 out of a possible 175 points in the last six races. His surge in the championship mirrors the gains he made in the second half of last year, but Hamilton believes that’s “probably just a coincidence”.

“We are improving the car the whole year long,” he said. “We are improving our knowledge of the car and how to get the most out of it. If we knew what we knew in the second half we would do a lot better at the beginning. That’s just how it is in the sport.”