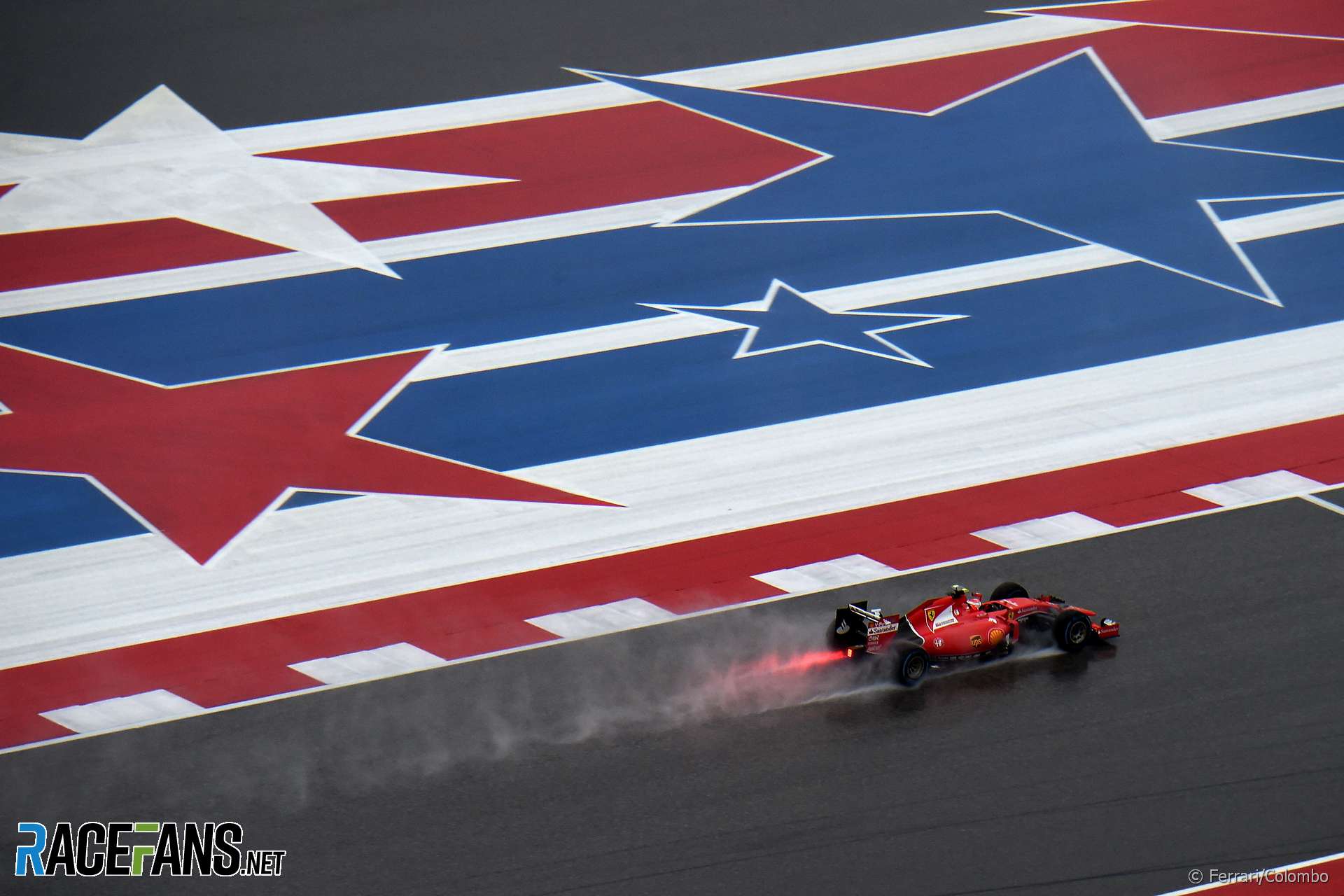 Persistent rain, some of it heavy, is forecast in the coming days at the Circuit of the Americas, scene of this weekend’s United States Grand Prix.

However the lowest chance of rain is on Sunday, so the race could pass without disruption from the weather. It would be a situation not entirely dissimilar to 2015, where rain forced the cancellation of one practice session and part of qualifying, but the race was run on a largely dry track.

The chance of rain is consistently high throughout much of Friday and Saturday. There has already been considerable rainfall in the area already (flash flood warnings have been issued in some areas) and more is also expected on Thursday. Although much of the run-off at the track is asphalt there are some grass areas as well which are likely to be saturated by the persistent rainfall.

Air temperatures will be on the cool side and are unlikely to hit 20C. While Sunday is not expected to be significantly warmer, current models indicate the worst of the rain will pass by Saturday evening and there is a good chance of a dry race day.

However teams may have little chance to prepare their cars for dry running before then.