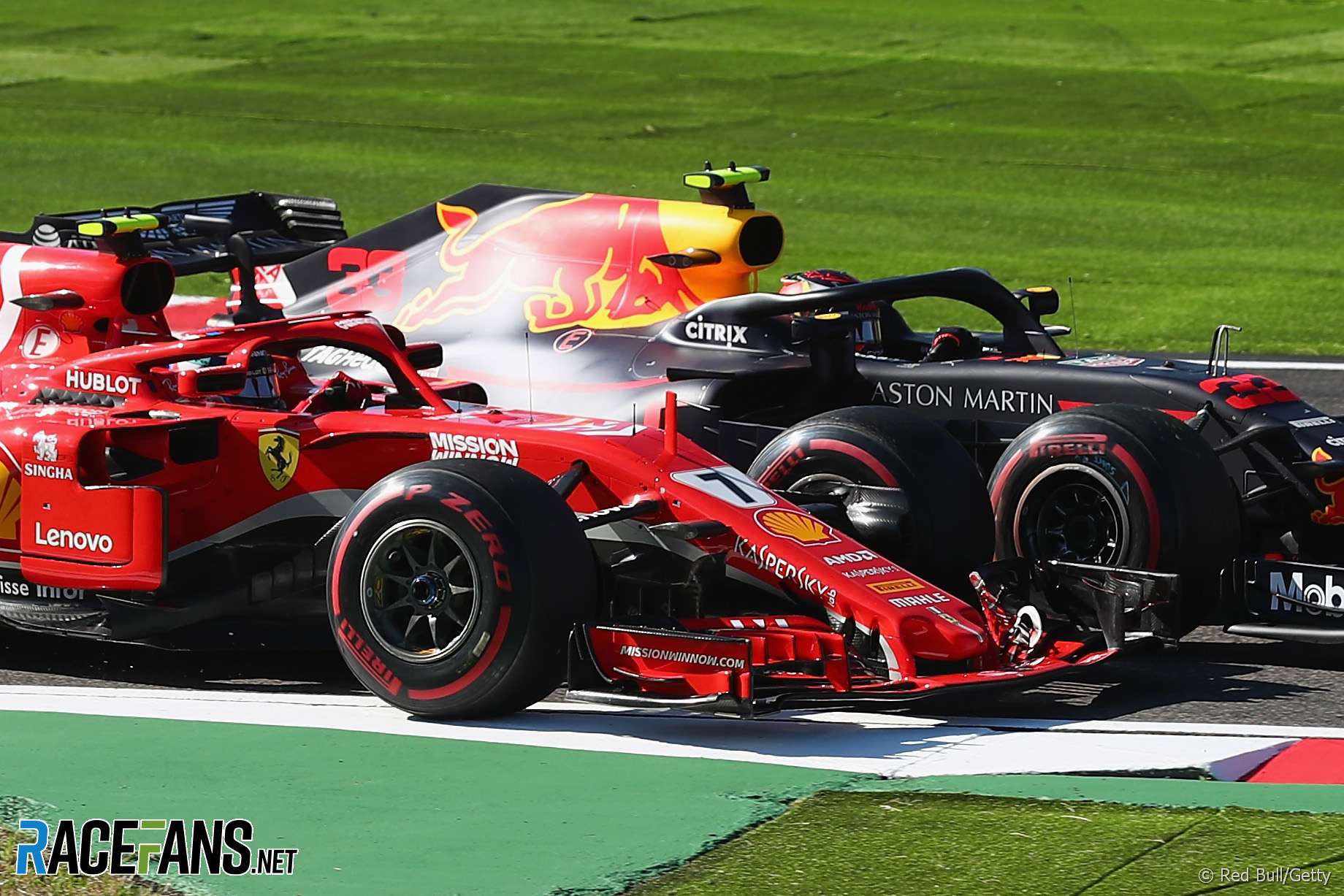 The Red Bull driver is on eight penalty points for the current 12-month period having received his most recent point for an incident with Kimi Raikkonen during the Japanese Grand Prix. If drivers accumulate 12 penalty points they receive an automatic one-race ban.

Verstappen said he believed some penalties are “given a bit easily” but the points system particularly aggravates him.

“What I hate is these stupid penalty points afterwards. For every five seconds or whatever you get, it’s really ridiculous that you get one point, two points…

Verstappen has one of the highest penalty points tallies of any driver at present. His total will fall by one point on Monday, 12 months on from his penalty for overtaking Raikkonen with all four wheels off the track during last year’s United States Grand Prix.

Romain Grosjean is at greater risk of a ban. He is on nine penalty points and has no deductions due until after the Mexican Grand Prix. He said he doesn’t agree with all of the penalties he received.

“Some points when you look back at the points I got, some you can really explain them, some others are more questionable,” said Grosjean. “But here they are. We just make sure that we get to the end of the season.”

The penalty points system was introduced after Grosjean was given a one-race ban for causing a multi-car crash at the start of the 2012 Belgian Grand Prix. FIA race director Charlie Whiting said previous incidents Grosjean had been involved in prompted the stewards to issue a ban and led to the introduction of the penalty points.

“Apparently I had four incidents that [were worth] three points in 2012,” said Grosjean. “I can’t recall three of them!”

37 comments on “Verstappen: “I hate these stupid penalty points””