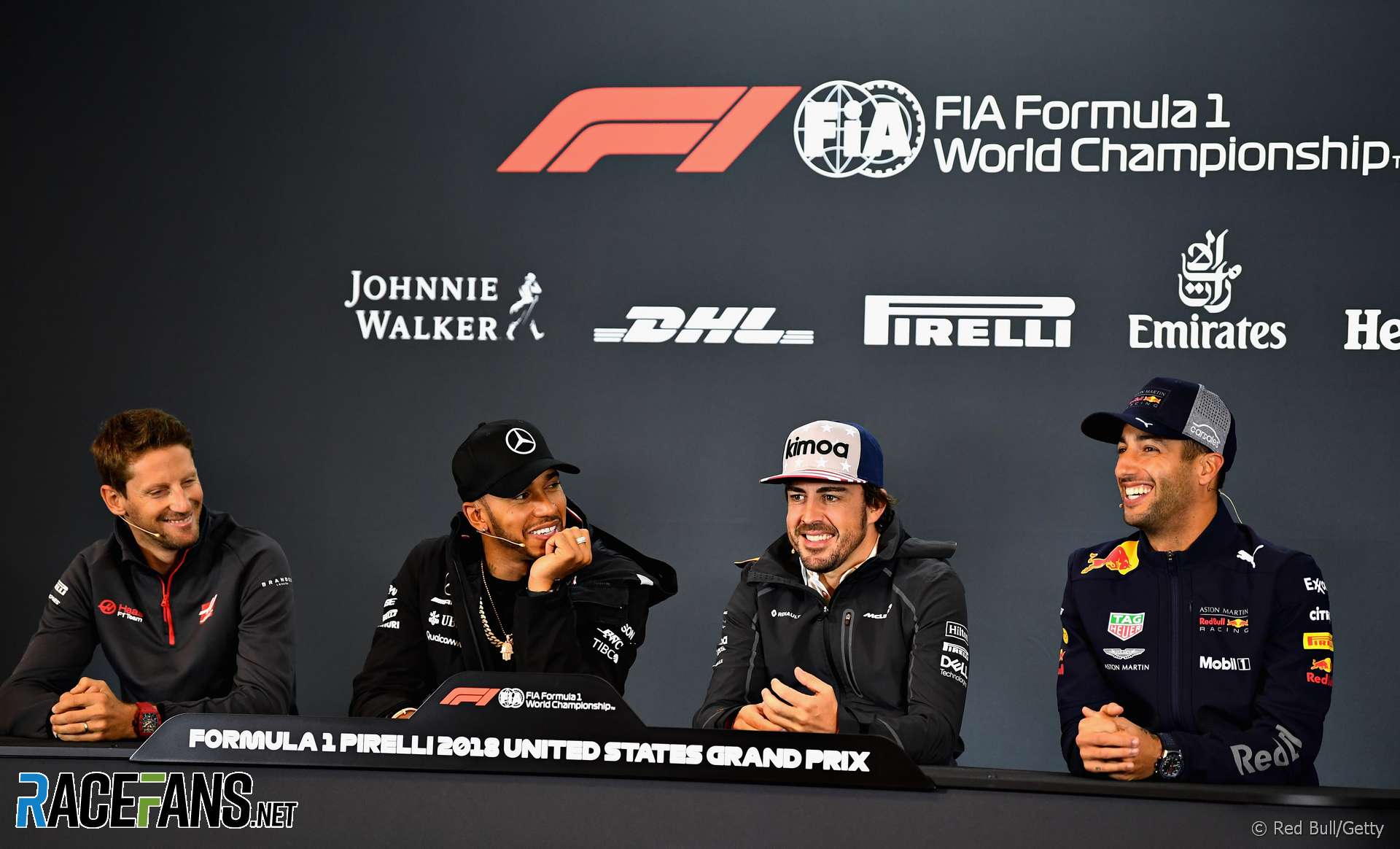 Formula 1 drivers have backed new rules for next year which will introduce a minimum weight for drivers.

From the 2019 F1 season drivers will be weighed along with their seats and driving equipment and ballasted up to a minimum weight of 80kg.

Speaking in response to a question from RaceFans in today’s FIA press conference, Romain Grosjean said the new rule is a “great thing”.

“I think it hasn’t been great to starve ourselves and not eat as want to, so a few kilos of margin is going to be great.

“It will be a challenge for the team, because getting to the minimum weight for the regulation with the 80 kilos seat and driver together is going to be tricky. But on the other hand it’s going to make our lives an awful lot better.”

Daniel Ricciardo agreed the rules change will ease the pressure on drivers to keep their weight extremely low for performance reasons.

“A lot of us now tend to starve ourselves on race weekends,” said the Red Bull driver. “Even training, we can’t really do much strength training because we would just put on mass.

“I think it will just allow us to train harder, eat more. But it’s not like we’re going to have beer bellies or anything, we’re just going to be stronger and I think that’s only a good thing.”

Although Fernando Alonso will not be in F1 next year, he said his experience of racing in other categories showed the rule is a change for the better.

“I’m obviously not one of the tallest, so it’s more a question for the tall guys,” he said. “I think it’s fair for everyone, so I think it’s good.

“In other series, in WEC in particular, where the weight is free, that normally gives and advantage to the lighter and smaller guys, and probably that is unfair in a way, so I think Formula 1 is doing great on that.”