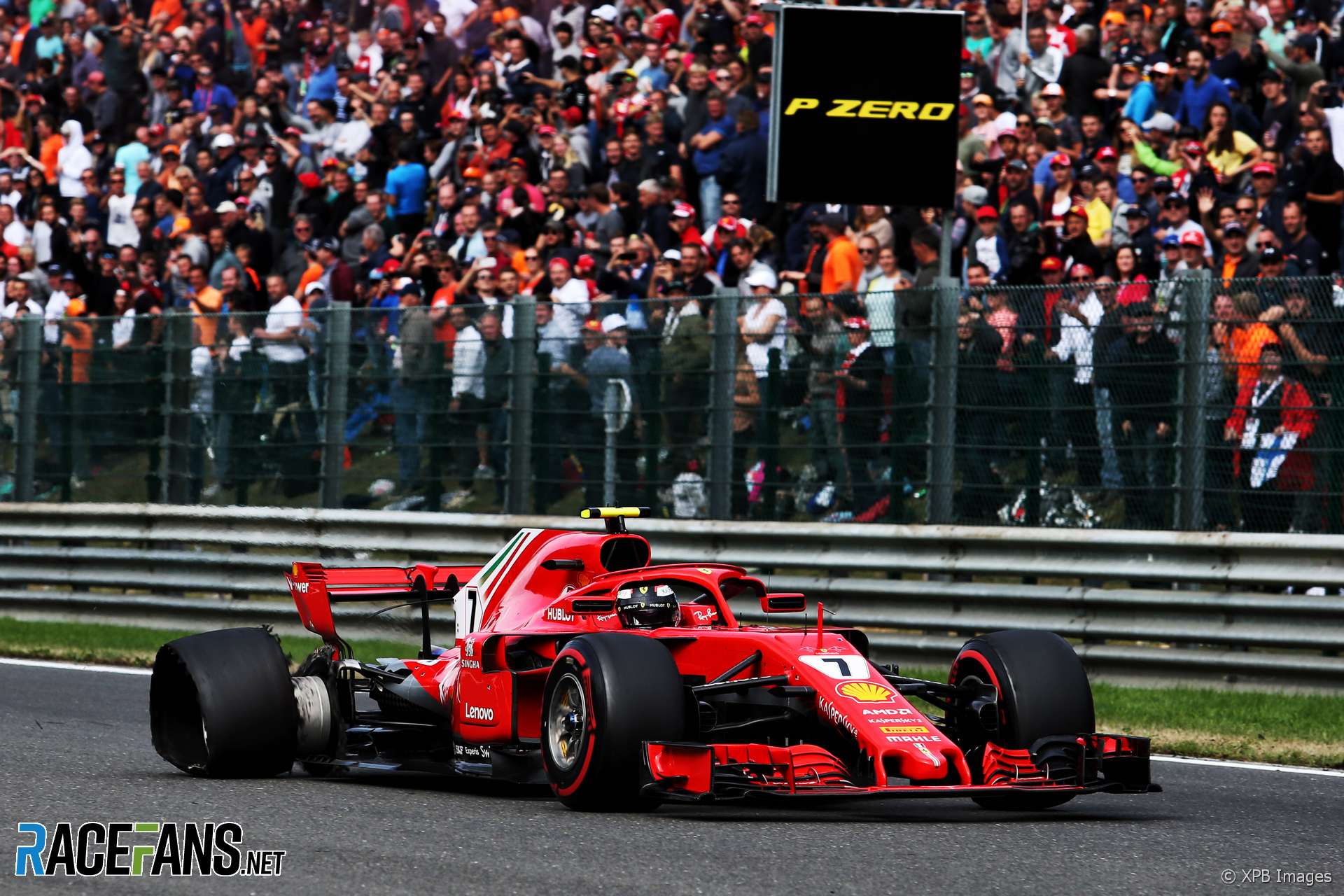 Kimi Raikkonen’s radio messages from the Belgian Grand Prix reveal how he repeatedly urged Ferrari to check his rear wing despite being sent onto the track twice after it was damaged.

The Ferrari driver was hit from behind by Daniel Ricciardo at the start of the race which punctured his right-rear tyre and broke part of his floor and endplate.

Raikkonen’s car was first checked by Ferrari when he pitted to have the tyre replaced at the end of lap one. The radio communications show how the team reassured him the damage to his rear wing was not structural.

Leaving Raikkonen in the Safety Car queue allowed him to restart the race in front of Valtteri Bottas’s Mercedes and Daniel Ricciardo’s Red Bull. However Bottas passed Raikkonen before they reached Eau Rouge as it became clear the Ferrari driver’s problem was worse than feared.

Raikkonen told the team he struggled to keep his car on the track at Eau Rouge and he pitted again at the end of the lap. After another inspection Ferrari urged him to rejoin the track.

Shortly afterwards Raikkonen noticed his DRS wasn’t closing properly on the straight. This finally prompted the team to retire his car.