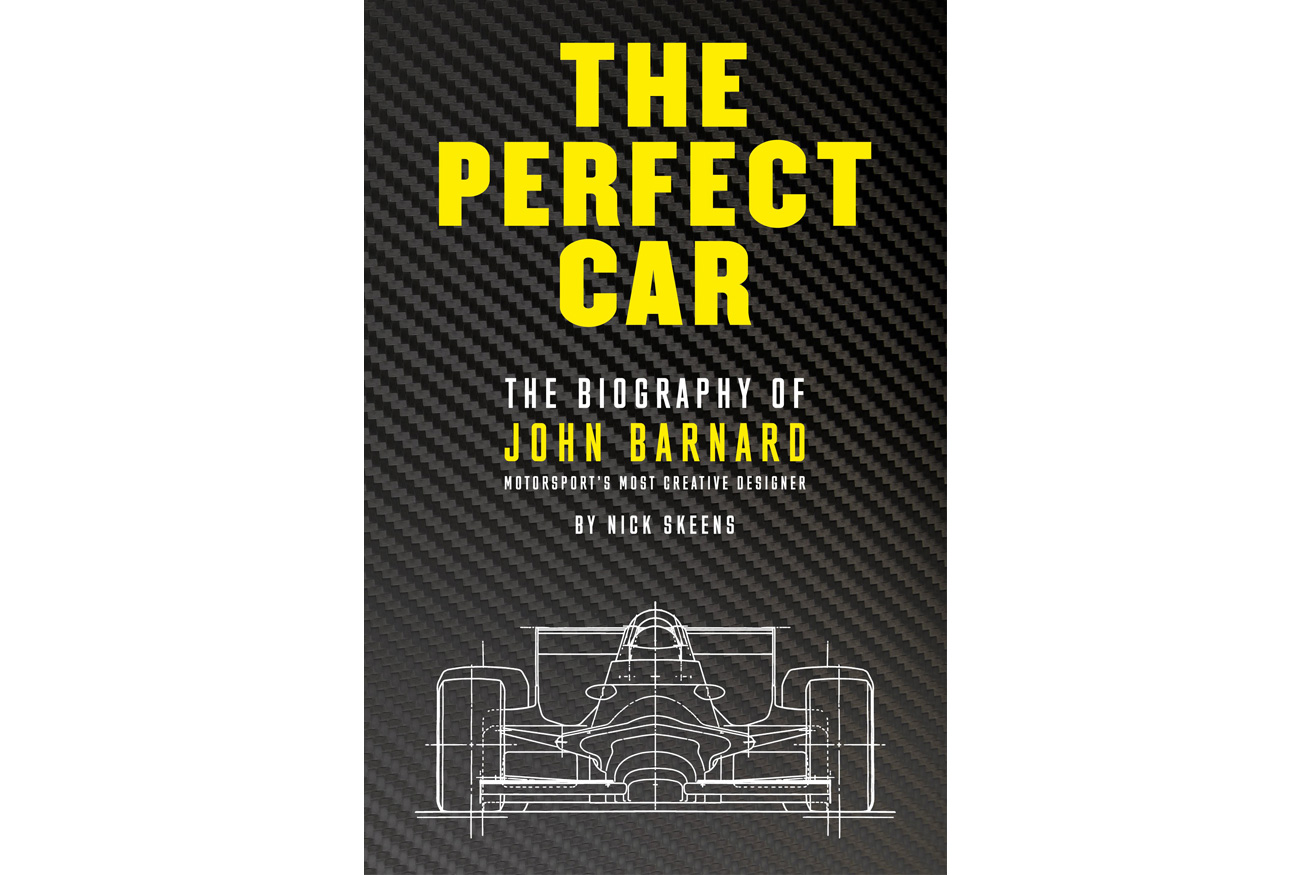 “How to Build a Car” was the title of Adrian Newey’s 2017 autobiography. Perhaps not wanting to be outdone, another of the great Formula 1 car designers is the subject of a new, authorised biography titled “The Perfect Car”.

John Barnard was responsible for the highly successful and influential McLaren designs of the eighties. they began with the pioneering all-carbon-fibre MP4 (later known as the MP4/1).

Ferrari’s swoop for Barnard in 1986 rocked the paddock in much the same way Newey’s later moves to McLaren and Red Bull did. But unlike Newey, Barnard’s later designs for this likes of Ferrari and Benetton were not title-winners. Why was this, and does Barnard deserve to be ranked along with widely recognised F1 design aces like Newey and Colin Chapman?

Nick Skeens, in his first book on the subject of motor racing, tackles this in a comprehensively researched volume covering over 650 pages. It draws on a wealth of new interviews including with Barnard himself plus many of his colleagues and family.

Skeens does superb justice to the story, delving deep into Barnard’s background. Through the detail of his technological leaps forward – from semi-automatic gearboxes to seemingly minor suspension tweaks – we gain new insight into Barnard the perfectionist.

His sometimes difficult relationship with engine designers, particularly in his post-McLaren career, is a point Skeens returns to. Given that, I would have appreciated a deeper examination of Barnard’s repeated preference for a V12 engine format, at a time when Renault and Honda were winning championships with V10s.

The book goes well beyond Barnard’s design board. The political implications of his moves are among its most fascinating passages, including his divorce from Ferrari which was relatively swiftly followed by his return.

Here the author’s sympathies clearly lie very closely with its subject’s, and at times it lapses into simplistic and even slightly chauvinistic commentary on the different attitudes of British and Italian teams. One digression onto the handling of the Ayrton Senna trial really doesn’t belong.

However Skeens doesn’t ignore Barnard’s reluctance to make concessions to his employers. Not least the compromises he forced upon himself by refusing to relocate out of Godalming.

This led to the remarkable and unprecedented situation where Ferrari operated a design office in Britain in order to have access to Barnard’s talents. It’s hard to think of a stronger endorsement of his importance than that.

Top F1 designers are among the few figures in the sport who regularly get quality books written about them. The Barnard biography certainly deserves a place on your shelf alongside Newey’s. “The Perfect Car” is not quite the perfect biography, but it is an authoritative study of a fascinating figure which any F1 fan will enjoy.

The Perfect Car: The story of John Barnard, Formula 1’s most creative designer

The Perfect Car: The biography of John Barnard, motorsport’s most creative designer