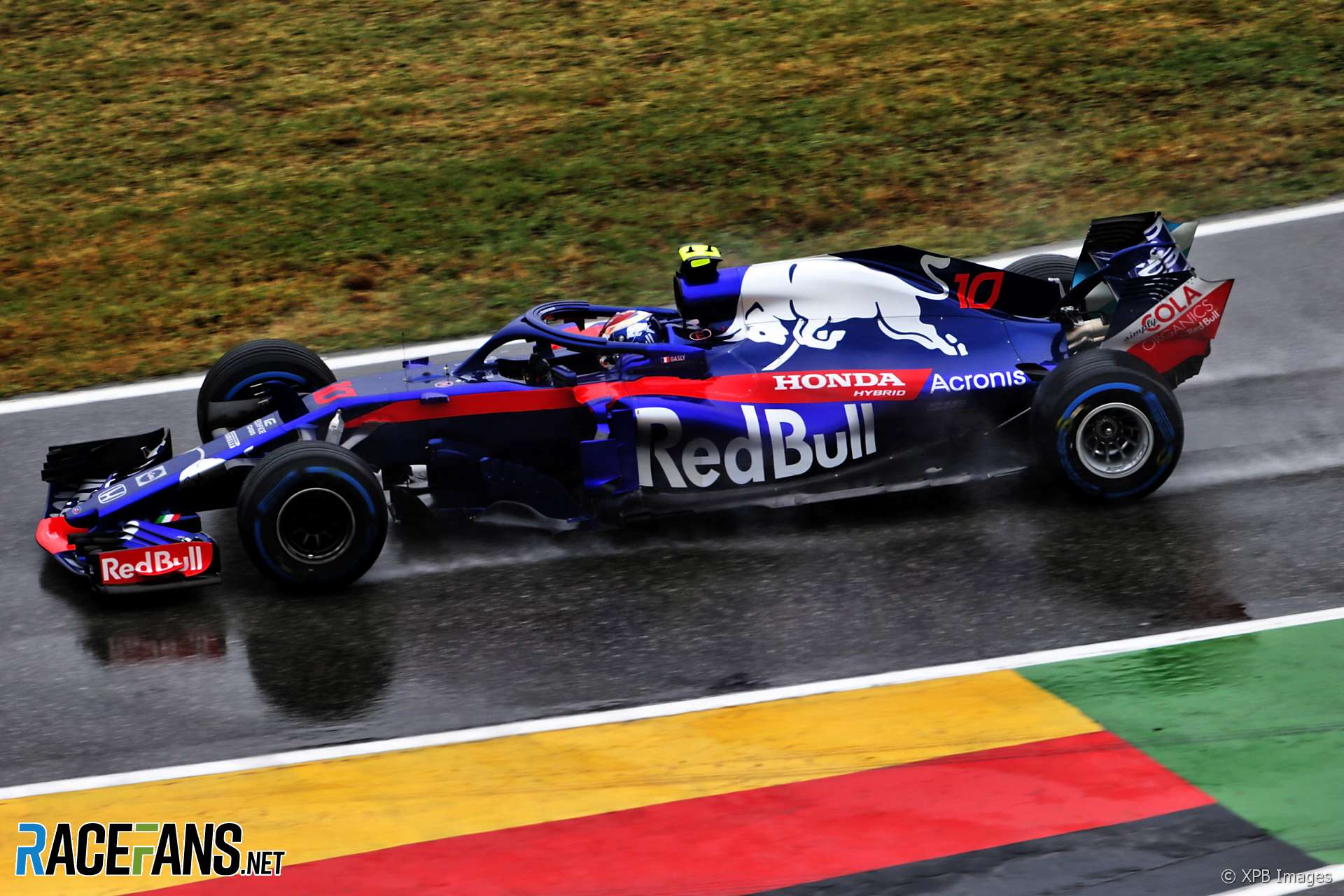 Pierre Gasly was not expecting his team to fit full wet-weather tyres to his car when he came into the pits during a rain shower in the German Grand Prix.

A handful of drivers switched to intermediate tyres when the rain started to fall but all found the track wasn’t wet enough for the shallow-grooved rubber. Gasly, however, was the only driver to fit full wet weather tyres, and found they were “impossible” in the mixed conditions.

“They asked my opinion and I told them the rain is still pretty light,” he explained after the race. “And they asked me to pit but I didn’t really expect them to put the [full] wet.

“They put them on and I was like, OK, let’s try. They have the radar and of course you don’t have this information in the car. I thought probably it’s going work out.”

Gasly realised shortly after rejoining the track that the gamble wasn’t going to pay off.

“I did three corners and I was like, OK, either [the rain] comes now and then we have a chance or we are dead.

“We stayed out for three laps, the tyres were completely overheating, it was impossible. It could not even feel how slippery it was with the wet on the dry we were just sliding everywhere.”

As the track began to dry Gasly was soon back in the pits, only for the weather to change again.

“We pitted for wet tyres when the track was still too dry, then we saw it didn’t work so we came back to the dry tyres and two laps later the rain was much more intense,” he said. “We were more or less for 20 laps on the opposite tyres we would have needed.”

Gasly finished the race a lap down in 14th. However he backed the team’s decision to gamble on the conditions.

“We were not in a good position. The gain if it works would have been much bigger than trying to stick on the same strategy as the others.

“It was a pretty big gamble with a pretty low chance but when you are 13th, 12th, it doesn’t matter.”

“We decided to gamble and called him in for the pit stop to the full wets because heavy rain was a high possibility, but unfortunately it didn’t arrive,” he said. “I’m sorry for Pierre, but sometimes you need to dare and this is what we opted for today.”