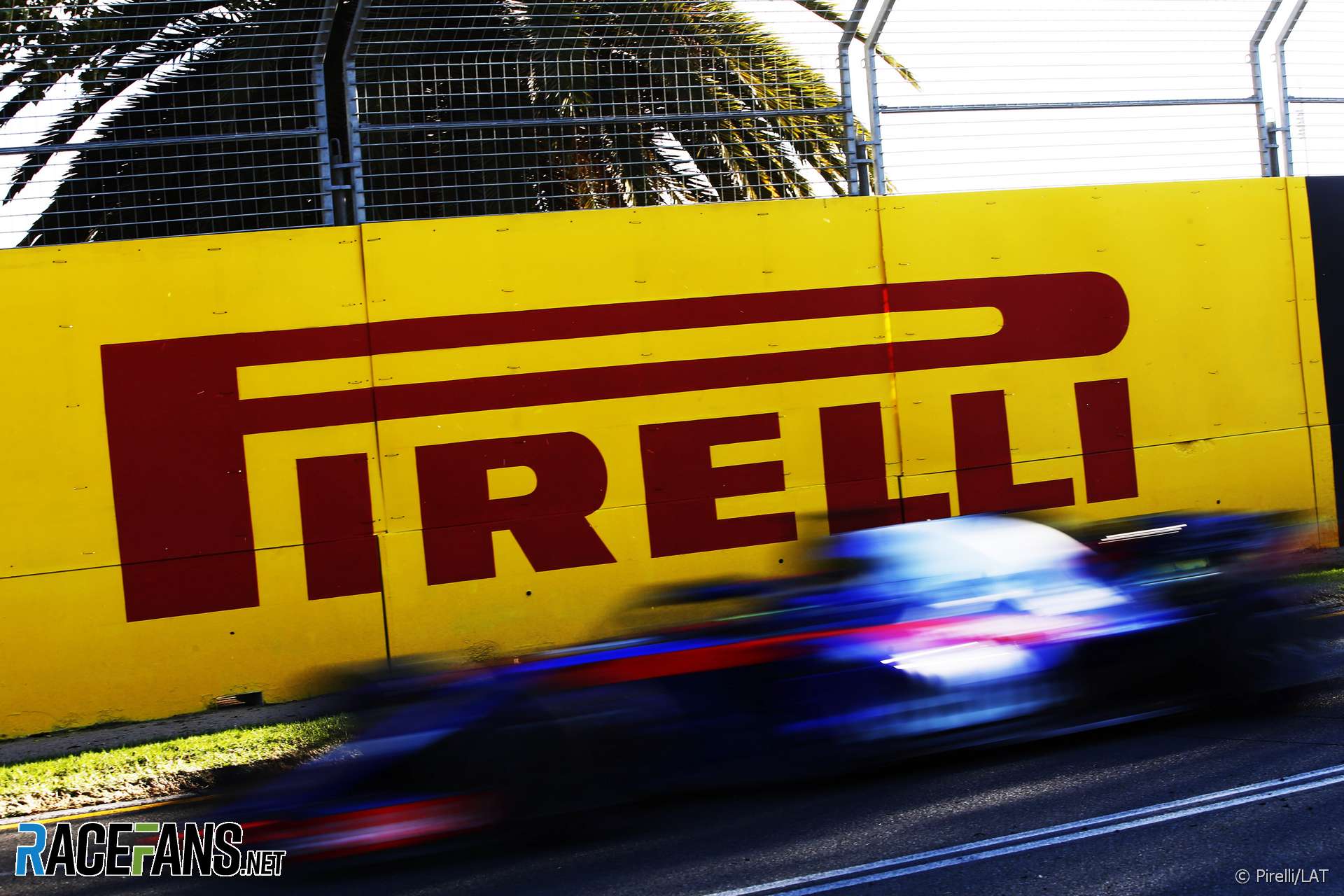 Pirelli has been the official tyre supplier to Formula 1 since 2011. But how much longer will it remain in the sport?

The tyre manufacturer’s original three-year deal, and two subsequent extensions, were agreed with Bernie Ecclestone. Its current deal runs out at the end of the 2019 F1 season.

That will be Pirelli’s ninth year in F1. During its initial contract, Pirellis’ then-sporting director Paul Hembery told RaceFans it was looking for a “medium term” presence, and suggested the marketing benefit of being in F1 would decline after a decade of continuous involvement.

“Over 10 years there’s maybe less value added each year that you continue because the public perceives that you are in Formula One,” he explained. “When we were in Formula One last in the nineties it took four or five years before people realised we weren’t in it any more.”

Does Pirelli management now want to stay in the sport for more than 10 years? And does F1’s new management view them as positively as Ecclestone did?

Speaking to RaceFans and other media in Monaco, Pirelli’s CEO Mario Tronchetti Provera said dealing with Liberty’s consensus-based approach compared to Ecclestone’s deal-first style was like being in “two different worlds”.

“I think Liberty are professionals,” he said. “They are willing to do the best for Formula One. They are listening a lot, trying to understand the needs of everybody and to create the best possible show. That’s the target.”

Pirelli’s entry into F1 coincided with the sport’s decision to ‘spice up the racing’ using high-degradation tyres. Questions over the quality of product Pirelli has supplied have therefore been bound up in the debate over whether having such fragile rubber makes the racing more exciting or too artificial.

Liberty Media has far-reaching plans for its first opportunity to reshape the sport in 2021. Its planned changes to engines and chassis could include a new wheel format, such as a long-mooted move to 18-inch rims.

This would create a complication, as any new supplier arriving in 2020 would potentially have to produce current-specification tyres for one year and then a different specification for its second season. Whatever the implications, Tronchetti Provera said Pirelli are willing to embrace technical challenges.

“We already are doing marketing a lot, we are spending a lot of money on [research and development], we continue to evolve with new products. We are serving the circus as partners, answering any request, always having in mind technology and safety these are the drivers.”

But he warned Pirelli is not prepared to stay in F1 at any price.

“Any technological challenge for us is good news,” he said. “[But] I will never enter into a ‘money challenge’, because I think that our brand is different”

“If the challenge is money, please, all the others are invited, we leave.”