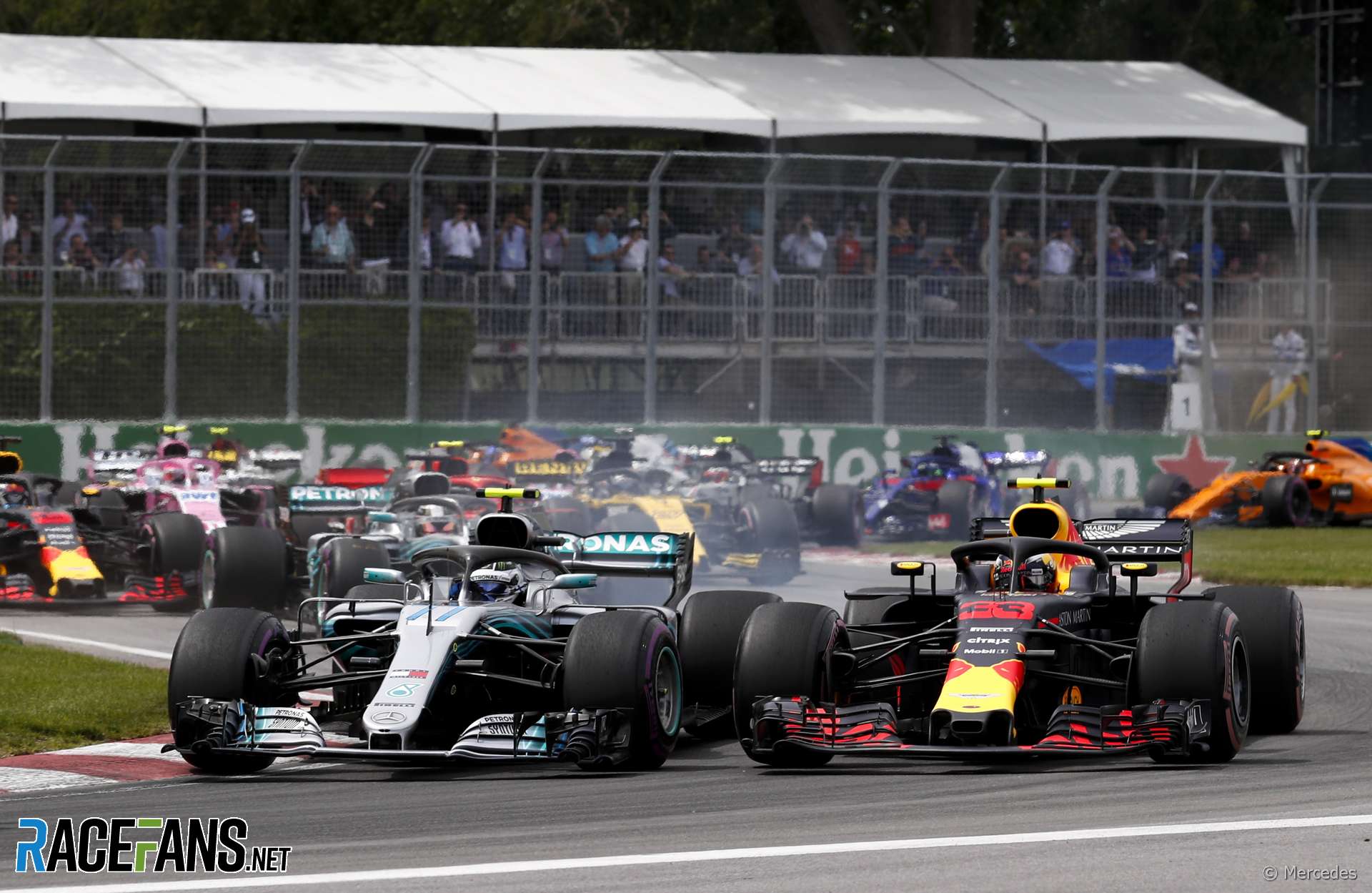 This was the kind of weekend Max Verstappen badly needed. He drove brilliantly in Canada last year until he was sidelined by a power unit failure. Twelve months on he picked up where he left off in Montreal as if the troubled start to 2018 had never happened.

He was fastest in all three practice sessions, beat a Mercedes and a Ferrari in qualifying, and converted that into a podium finish which was probably better than the car deserved. It was a return to the Verstappen 2017 taught us to expect. Did showing up without his ‘entourage’ make the difference?

Not for the first time this year Bottas decisively out-drove his team mate, planting the Mercedes on the front row. Unlike in Shanghai or Baku, however, the car didn’t seem to have the pace to rival the Ferrari on merit. Under the circumstances, narrowly pipping Verstappen to second (over the ‘true’ 70-lap distance) was a solid achievement.

Yet again Kimi Raikkonen ruined his weekend by messing up in the final stage of qualifying. This was a severe disappointment following his promise form on Friday.

The upshot of this was the race ended with one Ferrari leading the ‘big six’ and the other trailing along behind. Despite fresher tyres, Raikkonen could only slip away from Lewis Hamilton, despite the Mercedes driver’s engine problem.

Once again Ericsson was firmly put in the shade by his junior team mate. Having targeted qualifying as the area where he needs to improve, Ericsson pushed too hard and hit the wall.

In the race he was left behind, finishing 45 seconds after the team’s other car.

It was a processional race which meant drivers struggled to distinguish themselves. Sebastian Vettel, however, deserves credit for winning a tight battle for pole position. Daniel Ricciardo was dogged by car trouble in practice but was able to jump Hamilton, who had technical problems of his own in the race.

Esteban Ocon was left defenceless in his fight with the Renault drivers, who jumped him via the pit stops, Nico Hulkenberg leading the way. Sergio Perez’s race was spoiled when he tripped over Carlos Sainz Jnr.

Charles Leclerc impressed again by rising from the midfield to take points. He was followed by two drivers who started on the back row: Pierre Gasly, who revelled in Honda’s new power unit, and Romain Grosjean, whose engine blew as qualifying began. Next was Kevin Magnussen, who was delayed by Perez’s off-track excursion.

A first-lap crash eliminated Lance Stroll, who triggered the incident yet escaped punishment, and the luckless Brendon Hartley. Their debris left Stoffel Vandoorne with a puncture, which along with Fernando Alonso’s second technical failure in as many races meant no points for McLaren. The same was also true of Williams, as Sergey Sirotkin came in last.