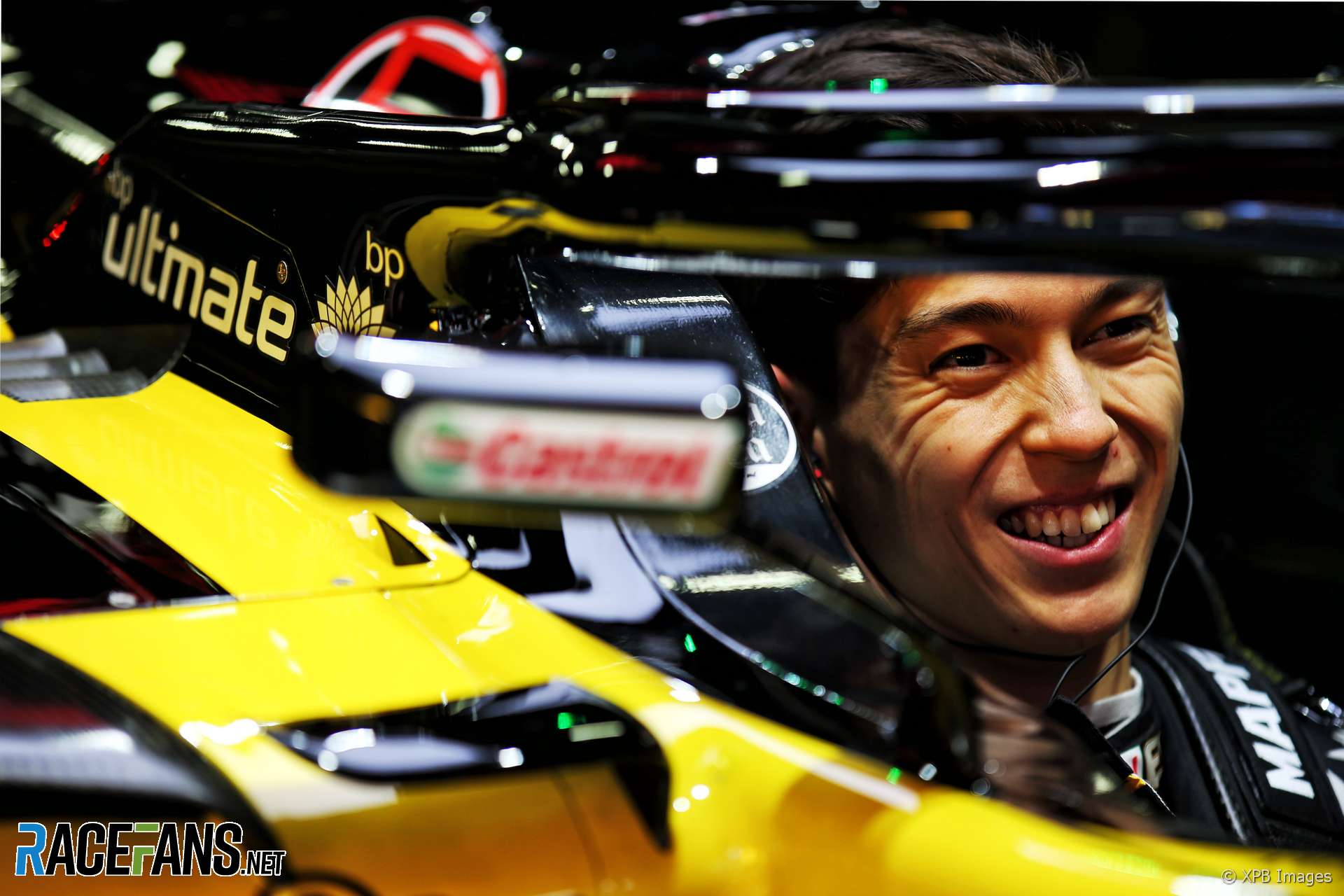 The 22-year-old completed 128 laps in the RS18 at the Circuit de Catalunya on Wednesday, four laps shy of a double race distance.

“It was a lot,” Aitken told RaceFans. “We even managed to squeeze an extra run in compared to what we planned, so we did even more than the programme.”

“I think at one stage you could have been forgiven for all of us forgetting it was my first day because certainly at lunch time in the middle of the day we were full-on with trying to get through the programme and do the best job we could. Which is good in a way because it shows I settled in well and the team obviously got on with me.”

Aitken admitted he was was impressed by the increase in performance compared to an F2 car. “It was huge fun,” he said, “those cars are just so quick now.”

“It’s hard not to be impressed. It’s just everything coming at you pretty much in fast-forward compared to Formula Two. The power steering adds to that effect because it almost feels like a video game.”

“I’d had a chance to watch Carlos [Sainz Jnr] the day before so I had some prior warning what the car was capable of,” he added. “I think the closest we came to having an off was locking up at turn 10 and running wide. Even then it wasn’t a big issue. I think they were definitely happy that I was able to be consistent.”

The test came after Aitken’s most successful F2 weekend to date, including a breakthrough victory in the sprint race at the Circuit de Catalunya. He will return to the cockpit in Monaco next week, a track he hasn’t raced on before, but he is hopeful of sustaining his recent momentum.

“We’ve had two podiums in the last couple of races. We’re going to Monaco next so it’s not the easiest place for a rookie but rookies did well there in the past. I think ART are doing a pretty good job as well in terms of pace, we have been missing a little bit in qualifying sometimes.

“But we’ve got momentum, that’s always a great thing to have on your side. We’re getting into a busy part of the season now, just have to roll with it and keep doing what we’re doing, it’s clearly getting results.”