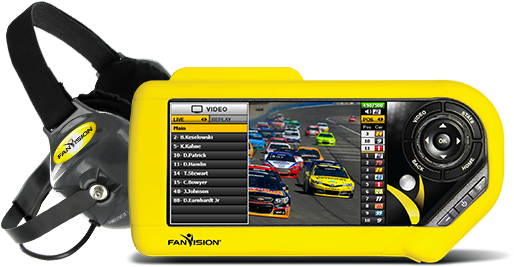 Formula One Management has announced the FanVision service which brings video coverage to spectators will be offered at F1 events for the first time since 2012.

FanVision was first used in motorsport at NASCAR races in 2006 and was later introduced to F1. It will be branded as F1 Vision for its return.

The service will allow fans at the tracks to view live video coverage of the race, access live timing and team radio broadcasts and watch highlights. It runs using FanVision’s dedicated transmitters, meaning Wi-Fi coverage is not needed.

“Through the partnership with FanVision, Formula 1 fans will experience real-time technologies like in-car cameras and unrestricted team communications from their Grand Prix vantage points.”

FanVision units are rented by over 100,000 NASCAR fans each year. The service became available at NHRA (drag racing) events for the first time in 2017.

24 comments on “FanVision returns to F1 after five-year absence”