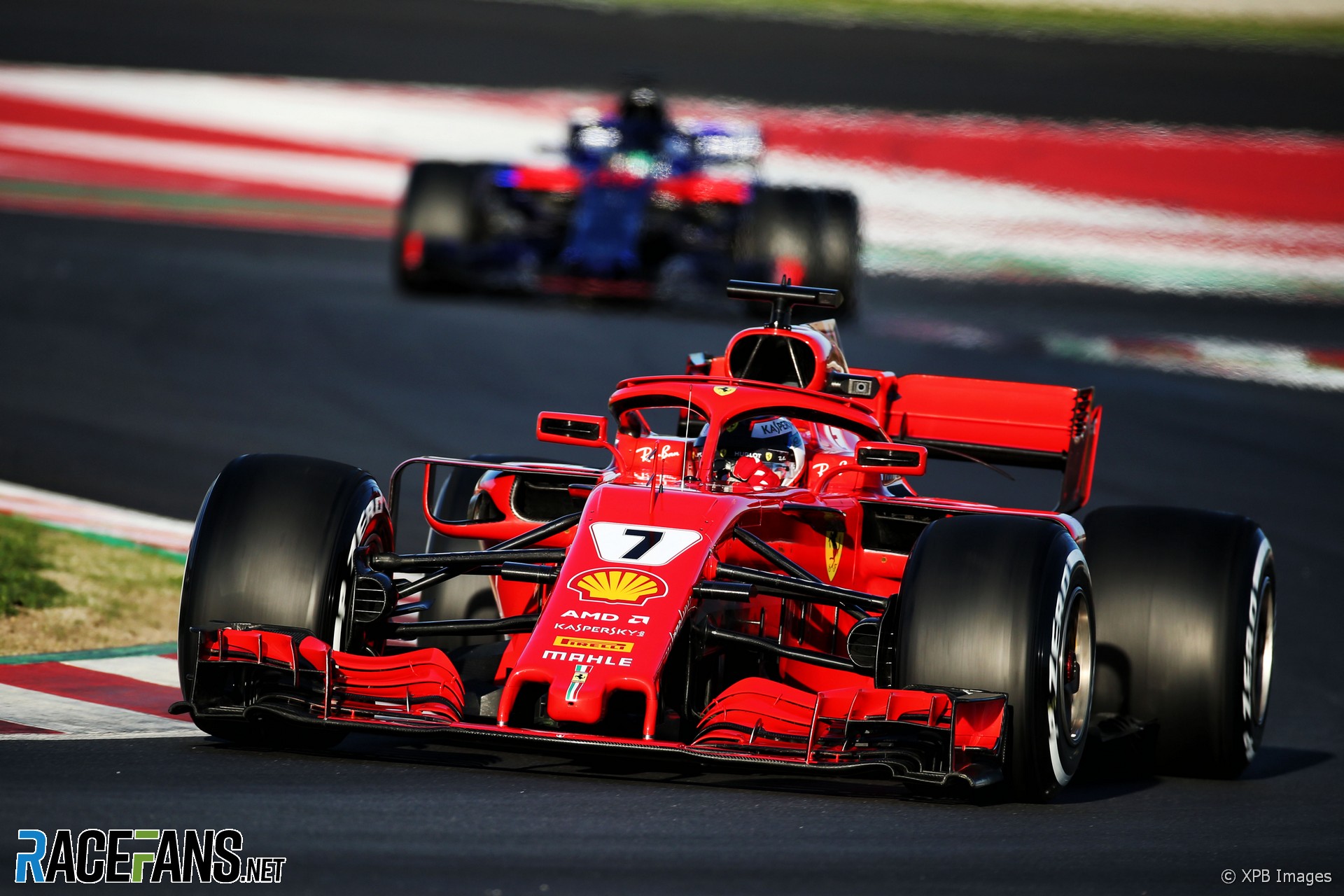 With the technical rules largely unchanged for the 2018 F1 season, alterations to Pirelli’s tyre line-up could have the biggest effect on the racing this year.

The addition of two new tyres to their range has attracted a lot of attention. But the changes go much further than this and can be expected to have a bearing on races long before the new hyper-soft tyre makes its debut in Monaco.

In 2017 Pirelli had to design tyres which could withstand the punishment meted out by cars which generated much higher levels of downforce. Their problem was there was no suitable machinery to develop them with. They resorted to running 2016 cars with extra-large wings, but these were inadequate to simulate the increased loads.

That hasn’t been a concern this year. Throughout 2017 Pirelli had access to the team’s current hardware to develop its 2018 tyre range. And while the hyper-soft and super-hard names are new, almost the entire range has been refreshed.

“The compounds are more or less all new,” explained sporting director Mario Isola. “Except for the medium, that is the soft coming from last year. The soft, super-soft, ultra-soft and hyper-soft is completely new.”

Pirelli’s 2018 tyres are already one stage softer than last year. And after the opening races their tyre allocations will become more aggressive:

From round four in Baku teams will effectively be racing on tyres which are two ‘stages’ softer. Pirelli had to nominate its tyres for the opening races weeks before testing began, which explains why the selections for Melbourne, Bahrain and Shanghai are more conservative.

However it obtained an agreement from the FIA and teams to delay making its tyre choice for Montreal until after pre-season testing had begun. That has given it the confidence to nominate the softest tyre in its race for that race, which will also appear in Monaco.

Pirelli’s stated aim with these softer tyres is to move F1 away from the one-stop strategies seen at most races this year and open up more strategies for teams to exploit. They have developed a new software tool to help them choose a selection of tyres which gives teams a greater number of strategic options.

Following the tests at the Circuit de Catalunya, Isola gave an illustration of the potential strategic options which will be open to teams in the Spanish Grand Prix:

“It could be super-soft at the start, because you have to qualify on super-softs, then it could be two mediums. Or maybe if the car is not too severe on tyre you can also try to have super-soft-medium-soft or super-soft soft soft. In our tool we have many different combinations using these three compounds.”

“If some teams have a performance advantage and if they are able to go through to Q2 or Q3 using the soft obviously you open the door to other strategies.”

The teams have now experienced the 2018 specification rubber in warm temperatures at Yas Marina and considerably cooler temperatures in Spain. This has given them more data to plan their strategies with, but Pirelli is hopeful they will find multiple viable strategies which will help produce varied races.

“All this data is golden for them,” said Isola. “They will start making some assumptions to understand in Melbourne if they can go with a two-stop strategy, one-stop strategy.

“In some selections we had a situation like Bahrain: In Bahrain we have medium, soft and super-soft. With our tool you are between one stop and two stops.

“The quickest strategy is two stops but there is a one-stop strategy which is very close to this. If for example you start from the back and you have to recover positions and you don’t want to be stuck in traffic you can choose one stop and try to have a first stint which is longer to take an advantage from that. It depends how much you make the tyres degrade.”

Having erred on the conservative side last year, has Pirelli now gone too far the other way? Blistering – a symptom of overheating rubber – was seen on some of its tyres during testing. Intriguingly, Sebastian Vettel put that down to some teams (read: Mercedes) trying to dissuade Pirelli from being too aggressive with its choices.

Pirelli has done more testing, created more aggressive tyres and been bolder with its selections. The question now is whether that will add up to more varied and exciting races.

34 comments on “Pirelli goes aggressive: How new tyres will shake up F1 strategies in 2018”