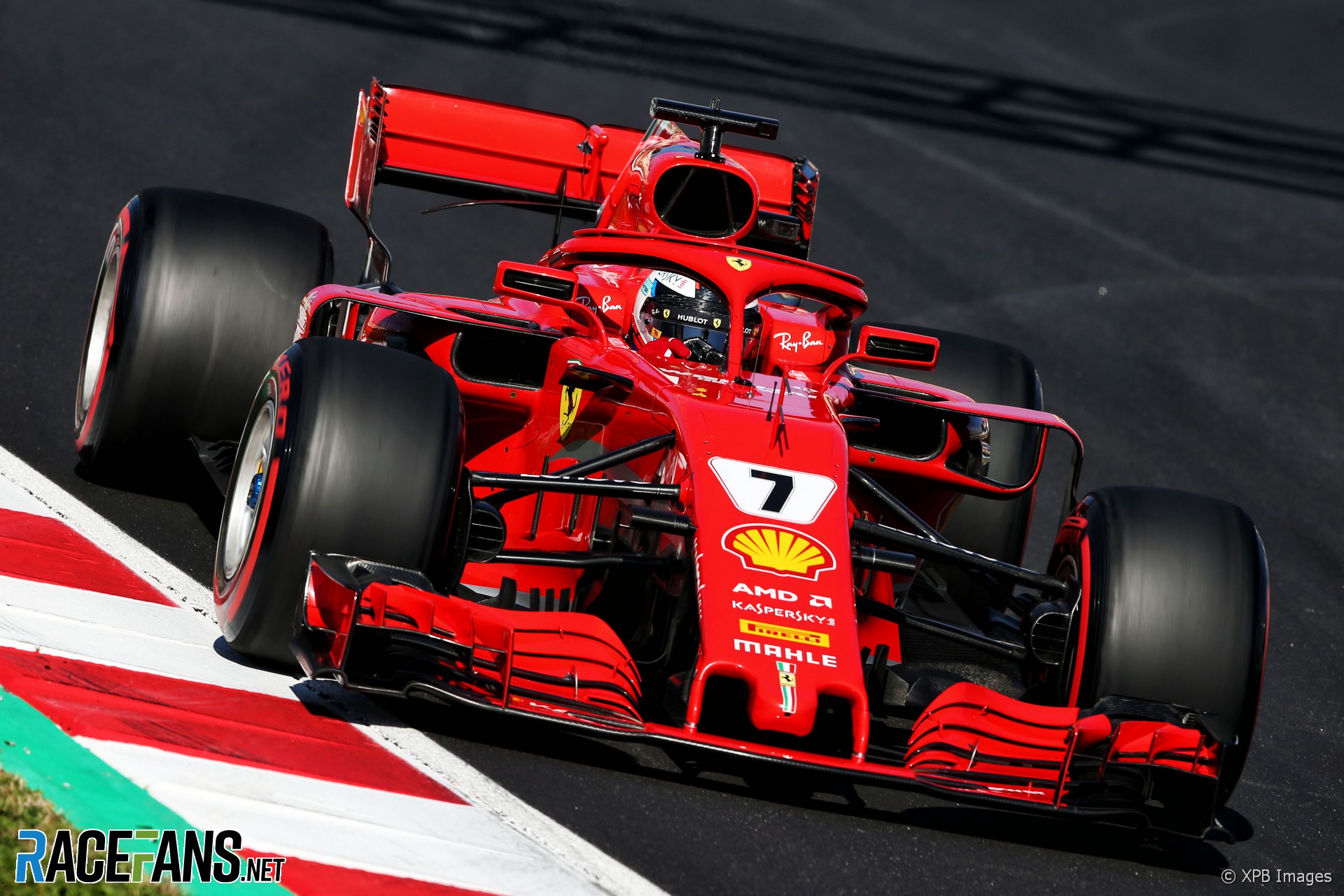 Ferrari ended pre-season testing for the 2018 championship on top as Kimi Raikkonen led the way at the Circuit de Catalunya.

Raikkonen’s best effort of 1’17.223 was fractionally slower than team mate Sebastian Vettel managed earlier in the week. However for most of the day that remained the only time under 1’18s.

That changed when Fernando Alonso did a late run on hyper-soft tyres. A 1’16.720 for the McLaren briefly flashed up at the top of the timing screens, but was deleted when Alonso was found to have cut the chicane.

Nonetheless his true best lap of 1’17.784 was good enough for a morale-boosting second place at the end of a day which had started badly for the team. Alonso stopped on his seventh lap, bringing out the red flags. A turbo fault related to their oil leak earlier in the test was diagnosed and the car spent several hours in the garage while a new power unit was fitted.

Behind Alonso came the other two Renault-powered cars. Carlos Sainz Jnr’s Renault also completed little running for much of the day but took to the track late on and set the team’s best time of the test. Daniel Ricciardo’s Red Bull was fourth.

Romain Grosjean was the busiest driver of the day, covering 181 laps in his Haas and ending up a few hundredths off Kevin Magnussen’s best time from yesterday.

It was a very productive day at Mercedes, where Valtteri Bottas and Lewis Hamilton amassed over 200 laps between them. Williams also split the running between its two race drivers, having originally scheduled Robert Kubica to run before a change of plans.

Charles Leclerc also did Sauber’s best lap time of the test and racked up 75 laps, but was left red-faced by a minor crash early in the session which brought out the red flags. “Pushed too much, spun and touched the wall a little bit,” he revealed on social media. “Stupid to do that at this time of the day, I will learn from it.”