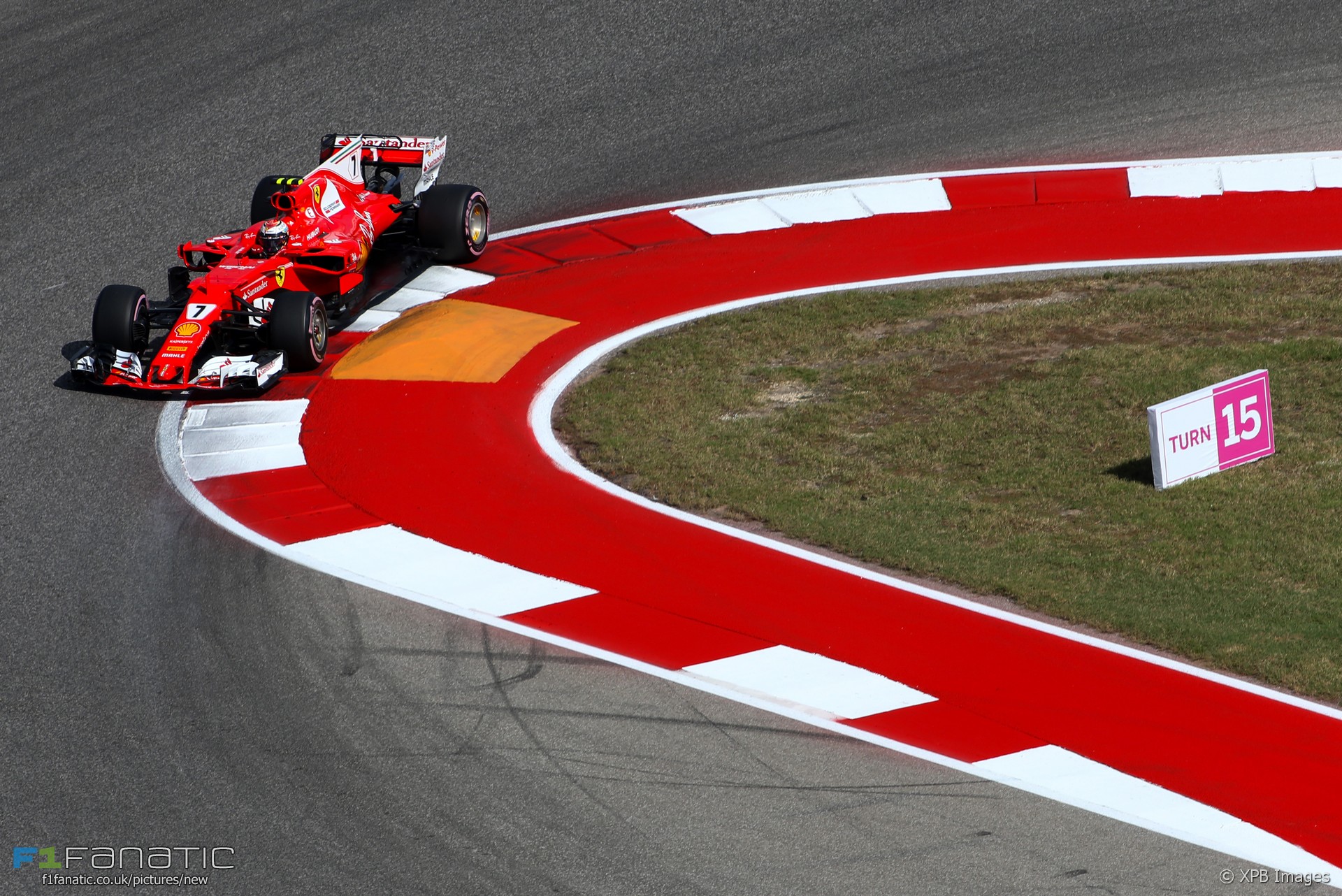 Kimi Raikkonen said he found it difficult to achieve a problem-free lap during qualifying.

After the first runs in Q1 the Ferrari driver was third-quickest with only the Mercedes drivers ahead of him. He improved his time on his final run but lost two places as other drivers also set better times.

Raikkonen said he thought he could have gone quicker. “It was a bit tricky,” he said. “I had some decent laps but never really had good places.”

“And then some laps the places were OK and others I struggled to get them right, losing lap time. So it was somehow a bit tricky to put one decent, good lap together.”

“It was not too bad, we tried to pull everything where we should be, it could have been a bit better but it is what it is today.”

However Raikkonen pointed out he will start on the racing line tomorrow, which could help him.

“To be honest I think I’d rather take fifth place,” he said. “In here it makes quite a big difference which side you are on usually, it’s the clean side.”

During Q3 Ferrari Ferrari had to power-cycle Raikkonen’s car to fix a problem with his tyre temperature display which wasn’t working during his first run. He told them he made “too many mistakes” on his first run.

After his final run Raikkonen was two-tenths slower than team mate Sebastian Vettel. He set an identical time to Daniel Ricciardo to within one-thousandth of a second but the Red Bull driver will start ahead because he set the lap time before Raikkonen did.