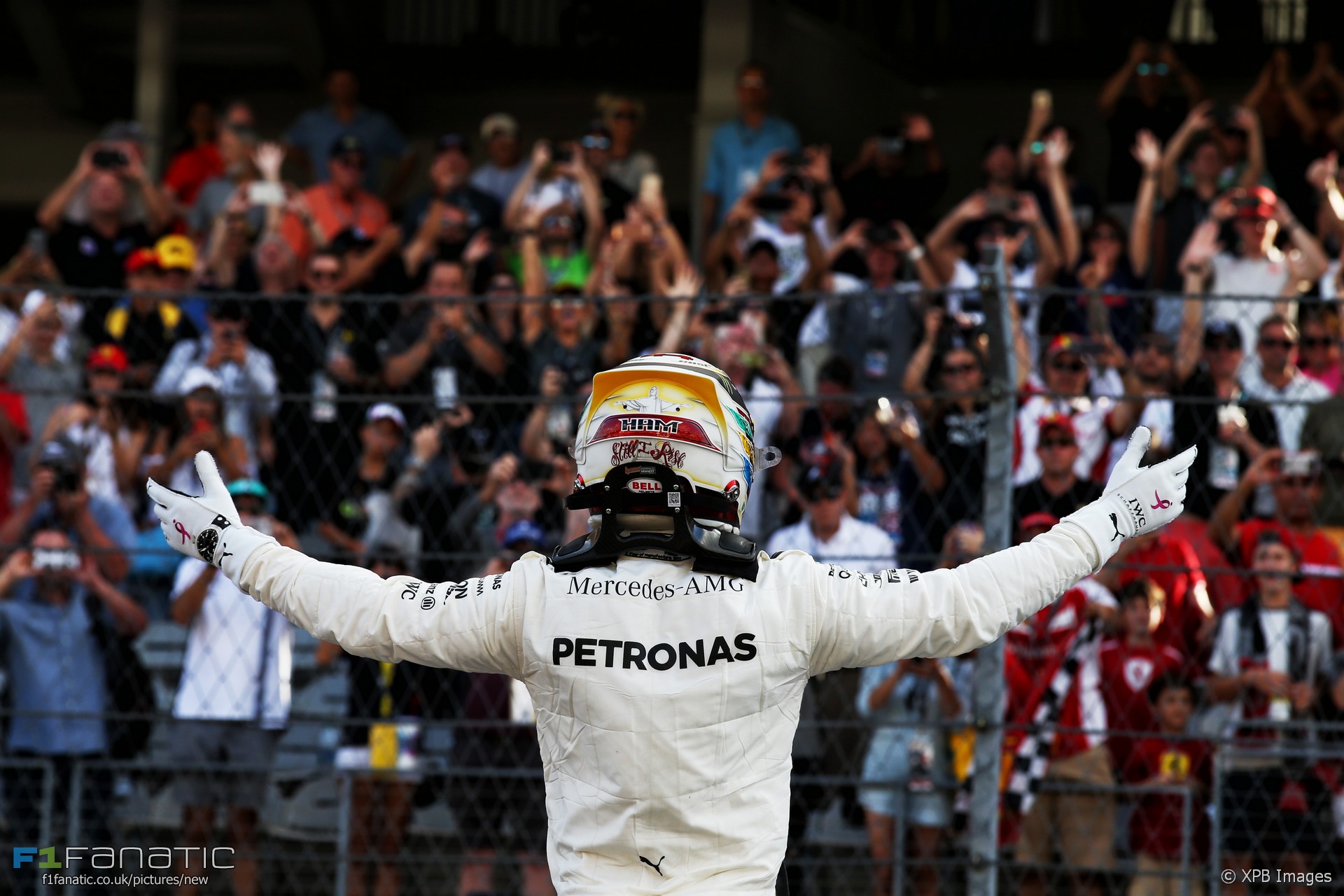 Lewis Hamilton was unstoppable in qualifying for the United States Grand Prix, heading all three stages as he took his 11th pole position of 2017.

However with his final lap of the session Sebastian Vettel joined his championship rival on the front row of the grid.

After their strong showing and in final practice Mercedes and Ferrari sent their drivers out for Q1 on the super-soft tyres. All four made it through, Hamilton leading the way, each saving themselves a set of the ultra-softs.

Behind them traffic was a problem for several drivers, above all Romain Grosjean, who had an alarming near-miss with Lance Stroll. The Haas driver took to the grass as he caught the Williams at speed.

Grosjean’s team mate Kevin Magnussen was on the receiving end of a complaint from a rival after he held up Sergio Perez. The stewards announced they would investigate both incidents, however both Magnussen and Stroll failed to make it into Q2.

The Williams driver reported a problem with his power unit after his final flying lap left him well down on team mate Felipe Massa. Brendon Hartley was also unable to join Daniil Kvayt in Q2 after locking up twice on his final run.

With a 15-place grid penalty awaiting him, Max Verstappen decided to start the race on super-soft tyres, which meant he had to run them in Q2. He comfortably set a quick enough time to reach Q3, ending the session in sixth behind his team mate and the Mercedes and Ferrari drivers.

Behind him the scrap to claim a place in the final ten went down to the last lap. Massa initially grabbed a Q3 spot but some of his rivals were yet to run. Carlos Sainz Jnr reached Q3 on his debut for Renault at Massa’s expense and Sergio Perez delivered the coup de grace, knocking the Williams driver out with his final lap.

There wasn’t much in it. Ocon, who ended the session in tenth, had only been a few thousandths of a second quicker than the Williams, but it was enough for both Force Indias to make it into the final 12 minutes of the session.

Despite a brief de-rate at the exit of the final corner, Hamilton continued his domination of qualifying with his first run in Q3. A 1’33.108 left him almost half a second ahead of his closest rival, which was his team mate.

The Ferraris remained seven-tenths off the pace with their first efforts. Raikkonen was fractionally quicker than Vettel despite admitting he made “too many mistakes” on his run.

However the final runs for Mercedes did not go according to plan. Neither driver found any more time, while Vettel improved by half a second. That was enough for him to split the silver cars, putting him on the front row of the grid alongside his championship rival.

A strong final lap by Daniel Ricciardo lifted him ahead of Raikkonen for fourth place as the pair set identical times to within a thousandth of a second. Verstappen took sixth but Ocon will inherit that position after the Red Bull driver’s penalty.