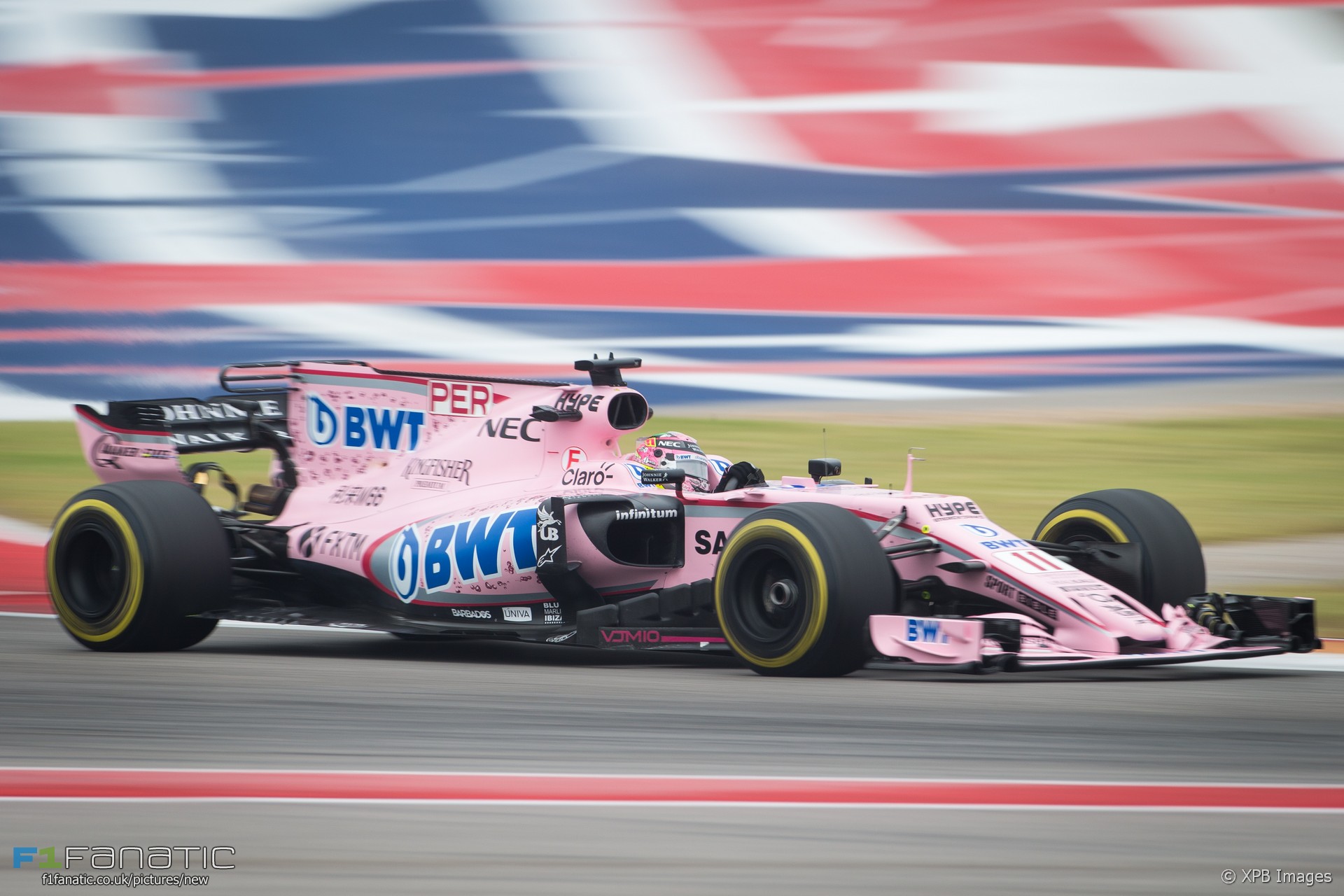 Formula One tested a new microphone intended to improve the sound of its V6 hybrid turbo engines during practice for the United States Grand Prix today.

Sergio Perez ran the experimental microphone on his Force India during the second practice session which records a distinctively higher buzzing sound than the low-pitched noise captured previously. Listen to an example of the sound here.

The quieter note of the V6 hybrid turbo engines has been a constant source of criticism from some drivers and fans since the engine rules were changed three years ago. Minor changers were made to the cars’ exhausts in 2016 in a bid to make them sound louder.

However complaints about the engine noise have continued. Earlier this week Jenson Button said engine noise is “the big one” he’d most like to change about the sport.

“The world’s changed, obviously we’ve got to try and be a lot greener, use electric and hybrid power. But true racer says V10 all the way.”