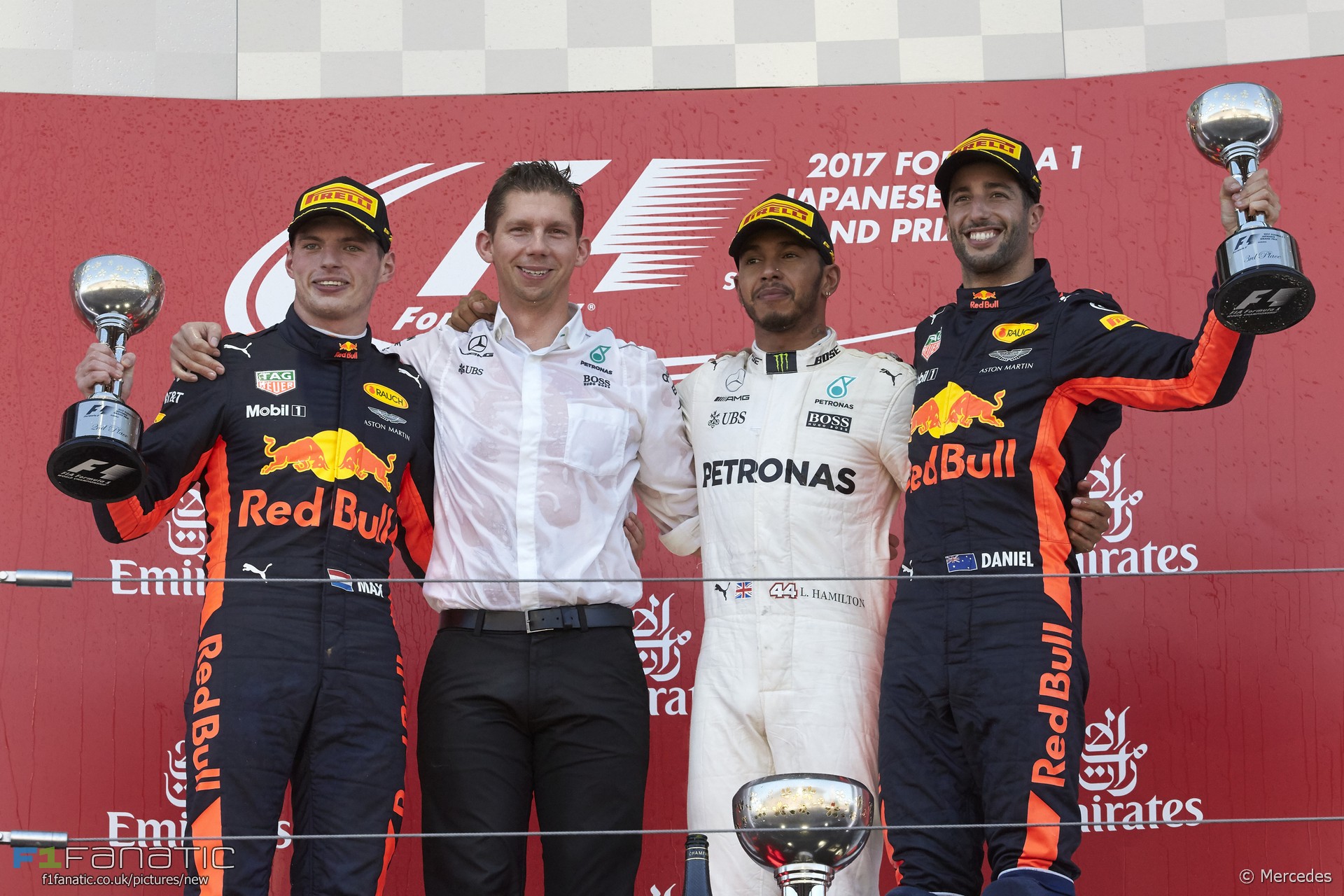 A dozen players tied for the top score in the Japanese Grand Prix round of the Predictions Championship, and all of them had three things in common.

Each of them correctly predicted Lewis Hamilton would win and Daniel Riccairdo would finished third. And they all reckoned Sebastian Vettel would finish somewhere inside the top five: But of course, that didn’t happen.

So there were no perfect scores again this week and with so many players sharing the top score the pole position time tie-breaker had to be used to pick the winners. @Sigwa came out on top and won a copy of Codemasters’ F1 2017 by getting within a tenth of a second of Hamilton’s pole position time. Second place and an official F1 season review video went to @Sjostrand, while @Chapmankillie took third place and an F1: How it Was video.

Another of last weekend’s top scorers was OmarR-Pepper, who moves up to second place in the overall championship standings, 21 points behind leader @ABCMarco with 200 points available over the final races. If only the real championship was this open.

There are prizes to win every race weekend and at the end of the season for the top scorers. The F1 Fanatic Predictions Championship is free to enter. You will need an F1 Fanatic account to place so sign up here if you haven’t got one.

Enter your predictions for each race using the form below, and scroll down for more information on the prizes and the rules.