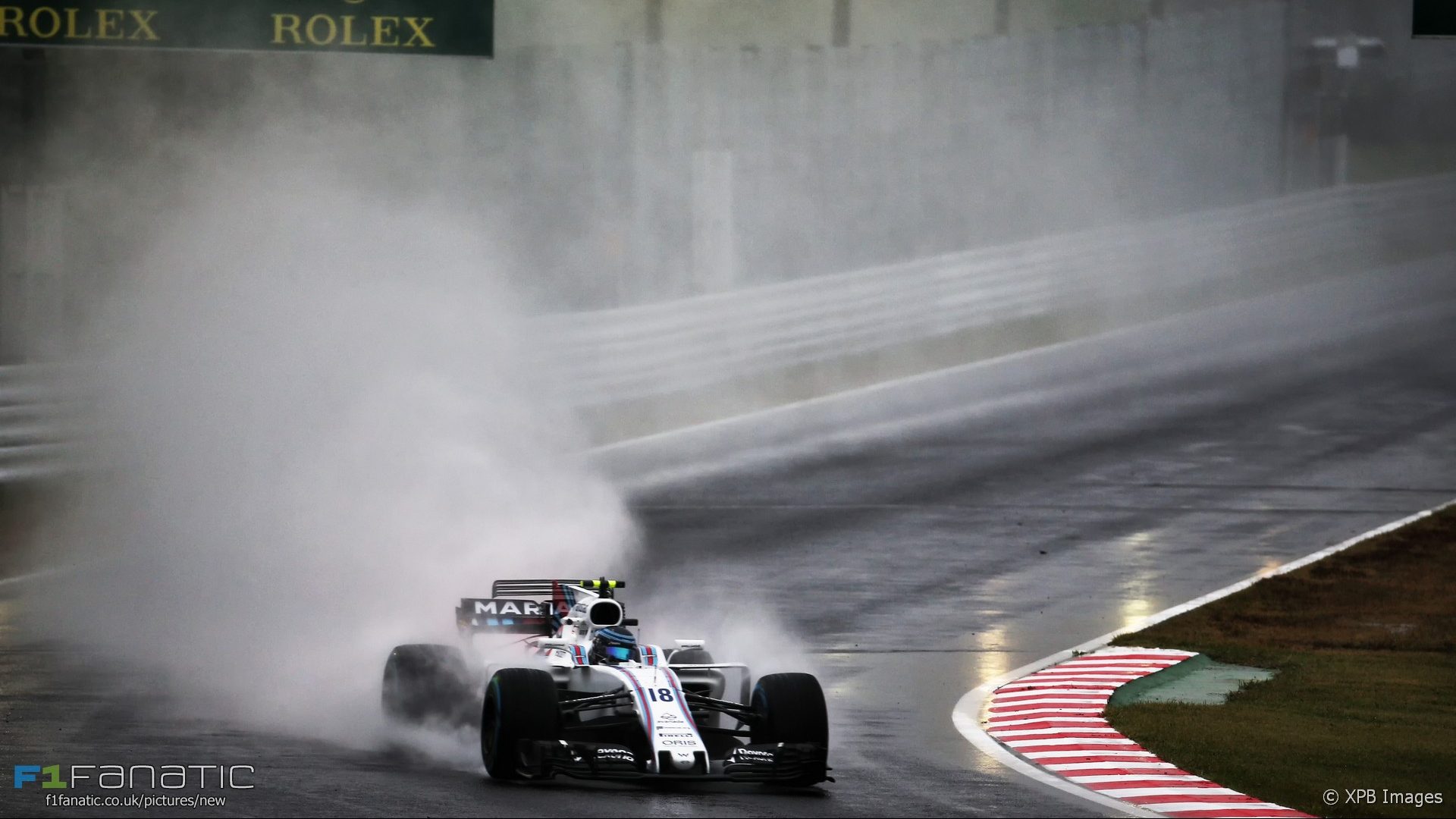 Here’s what they had to say about their escapades and more messages from the drivers during Friday’s practice sessions.

To Hamilton: “OK Lewis we are seeing a couple of little drop-outs on the rear wing but we’re happy for you to stay out, maximise dry running time.”

Bottas: “The upshifts are really slow even though they are already synced.”
“Strat 12”
Bottas: “Stil slow.”
“OK, go back to strat 11.”

To Perez: “At turn one Bottas has brought dirt onto the circuit.”

“Potential B bal [brake balance] three recommendation. B bal 3 or pull toggle at turn 11 if you have issues with front locking.”
Verstappen: “OK.”

To Hulkenberg: “OK Nico for info we’re looking to do four consecutive scenario one laps for temperatures.”

Vettel: “How’s the forecast?”
“We should get less rain, can extend this run.”

“Charge on. How was the flap in high-speed.”
Gasly: “OK at the moment.”
“Any other comments?”
Gasly: “Understeer at beginning of the lap.”

“Watch for Felipe, he’s about to start a timed lap.”
Stroll: “Yeah he got in my way, I don’t know why he didn’t get out the way.”

Stroll: “The rears are really going away in the last sector.”

To Vandoorne: “If it’s possible we suggest blue B five for turn 11 [hairpin] only.”

To Hulkenberg: “We put the maps in the car but they weren’t enabled so if you want to try for the next lap you need to go to mode four.”

Raikkonen: “OK my rear is not good at all. It’s locking even in turn one.”

Verstappen: “Yeah it starts to drizzle more than it was before.”
“Display one, position nine.”
Verstappen: “The power cuts off.”
“OK, continue to build.”

“Stroll: “I feel a lot of bouncing.”
“OK we just have to drop the rear pressures.”

To Magnussen: “Slow down, high gear we need to come in. Same problem as before.”

The rain which arrived at the end of first practice was very heavy by the time the second session began.

Ocon: “There’s some rivers on the straights.”

Stroll: “Wow there’s a lot of aquaplaning. It’s OK I just went into the gravel a little bit.”
“Copy that, we’ve seen it.”

To Hamilton: “So water level’s much higher than before.”

To Alonso: “We have the data we need so just bring the car back safely, box this lap.”