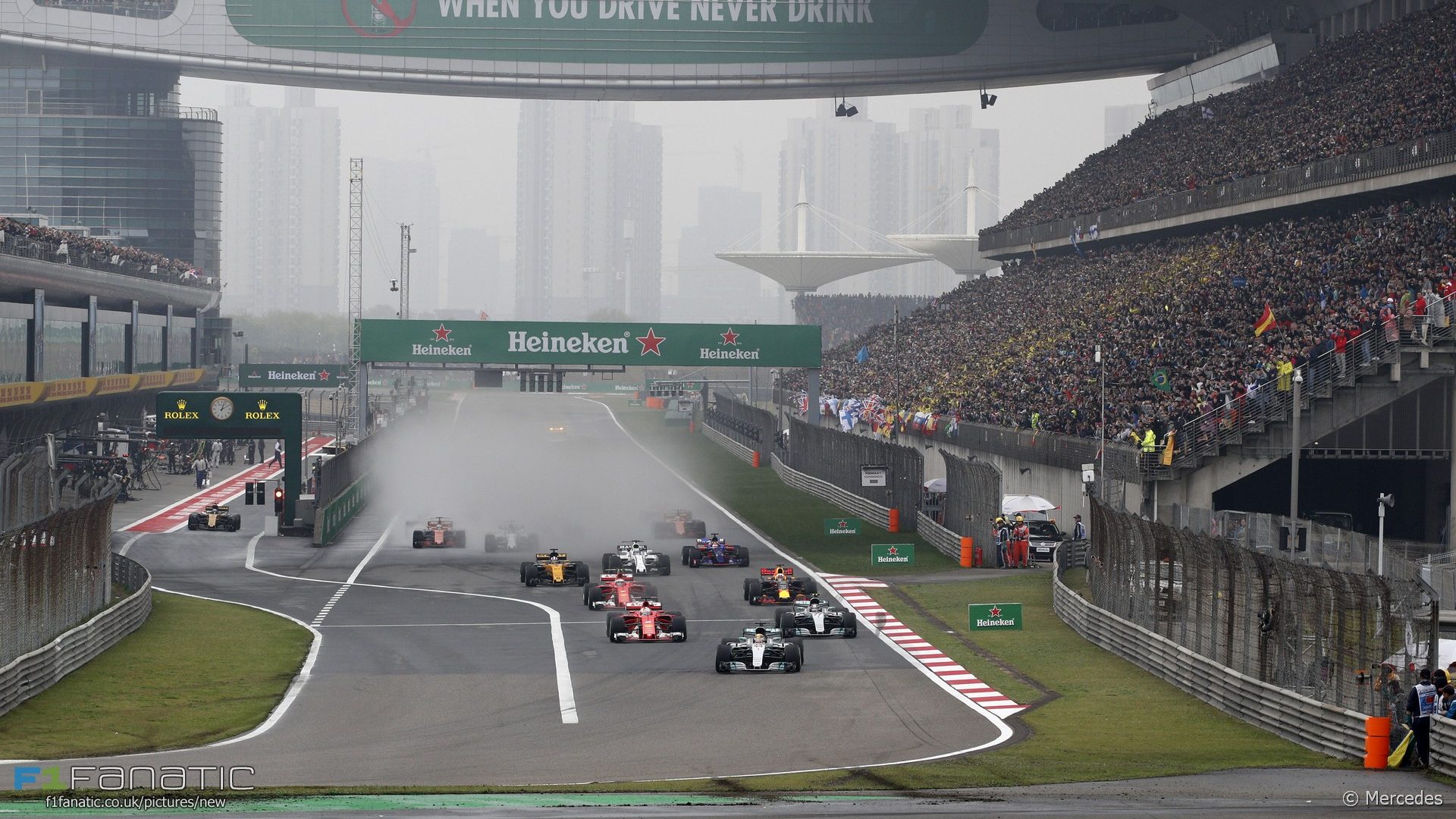 The Shanghai International Circuit will continue to host the Chinese Grand Prix until at least 2020 following the announcement of a new, three-year contract.

The three-year deal between Formula One Management and Shanghai Juss Sports Development will come into effect from next season.

“This great country has already demonstrated an overwhelming show of interest in our sport and we firmly believe there is still a great deal of unexplored potential here,” said F1 CEO Chase Carey.

“That’s why this renewed agreement is so important as part of our development strategy, especially in this part of the world. We and our partners in this venture want to make this Formula One Chinese Grand Prix even more spectacular, while bringing Chinese fans ever closer to the sport.”

Shanghai Juss Sports Development chairman Jiang Lan said the race “is the most highly anticipated annual event in the city of Shanghai.”

“Since its Shanghai debut in 2004, the Formula One Chinese F1 Grand Prix has become a motorsport show piece for China but also a fixture for all of Asia Pacific’s and global motorsports fans,” he added.

The news means both races which were provisionally listed on the 2018 F1 calendar subject to the completion of new contracts have both been confirmed. A contract extension for the Singapore Grand Prix was announced two weeks ago.